PGC 16636 (aka PGC 16639) is a severely warped edge on spiral in western Orion just north of Eridanus about 190 to 200 million light-years distant. NED classifies it as Sb pec sp. It certainly is peculiar. The eastern (left) side of the disk is seen virtually edge on though the disk is unusually fuzzy. Usually when seen edge on the disk is sharply defined while this one sort of fades away but the main part is obviously very thin. The western (right) side, however, is tilted rather strongly so we see one face of the disk. Which way it is twisted (do we see the top or bottom side) I can\'t say. The dust lane takes a sudden jog as it leaves the bright region and heads onto the disk. It may be that rather than being twisted the west side is just a lot fuzzier without a defined plane. I rather doubt that but it would help explain why the dust lane continues across an apparently warped disk. I found not a single paper on this galaxy so have no idea what is going on here.

I\'m still working an area poorly cataloged for galaxies. Only two others have redshift data. Both are seen in the cropped image. 6dF J0503238-025745 is 1.22 billion light-years distant. NED doesn\'t classify it. It is the apparent face on disk galaxy below the eastern end of PGC 16636. A small galaxy is just east of it (2MASX J05032490-0257494). While most of the other galaxies in the image aren\'t listed at NED that one was. The other galaxy with redshift data is LEDA 3080778 at the very bottom of the cropped image. NED puts it at 1.20 billion light-years. It may be related to the other distant one. I find no other information worth mentioning on the rest of the field. 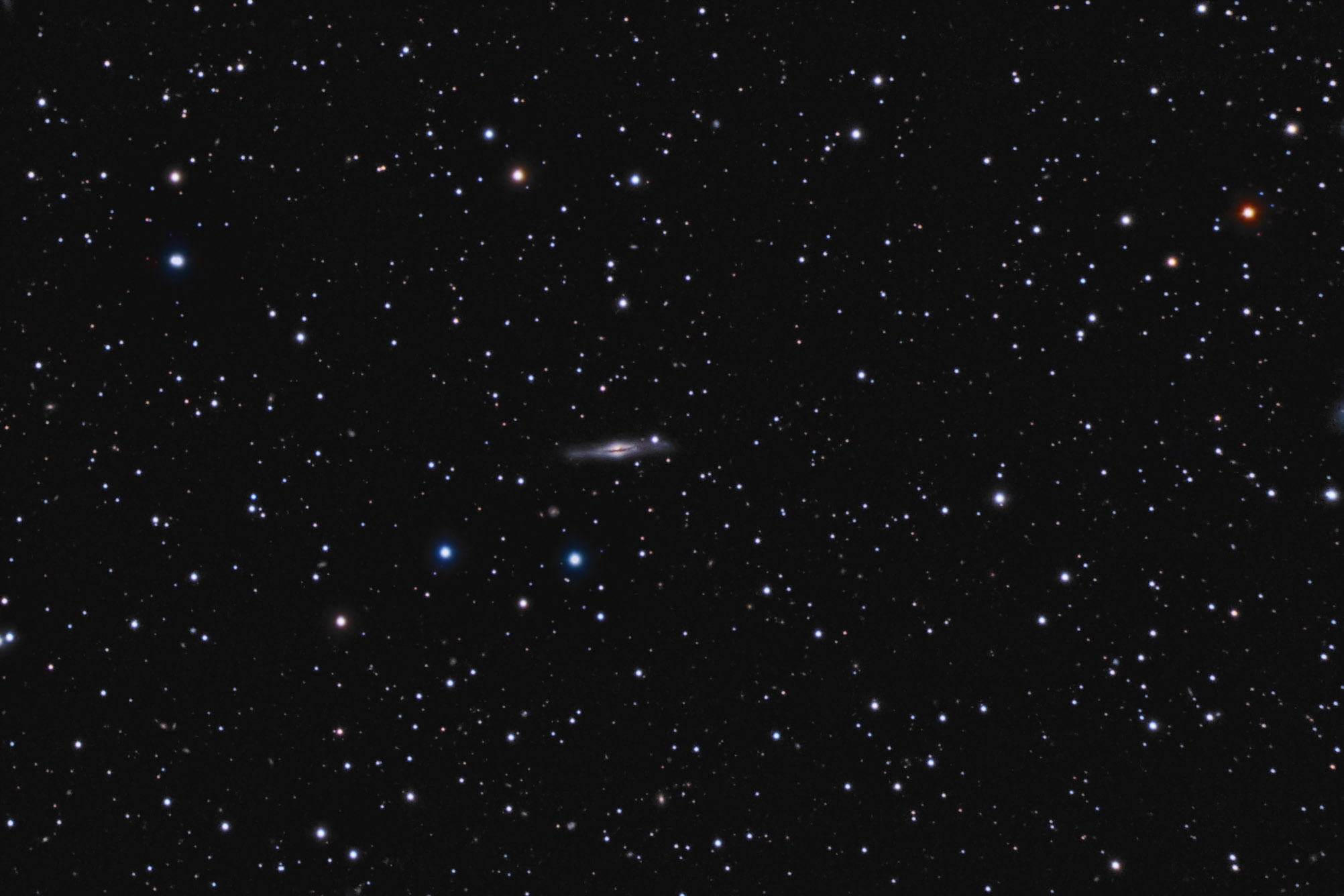 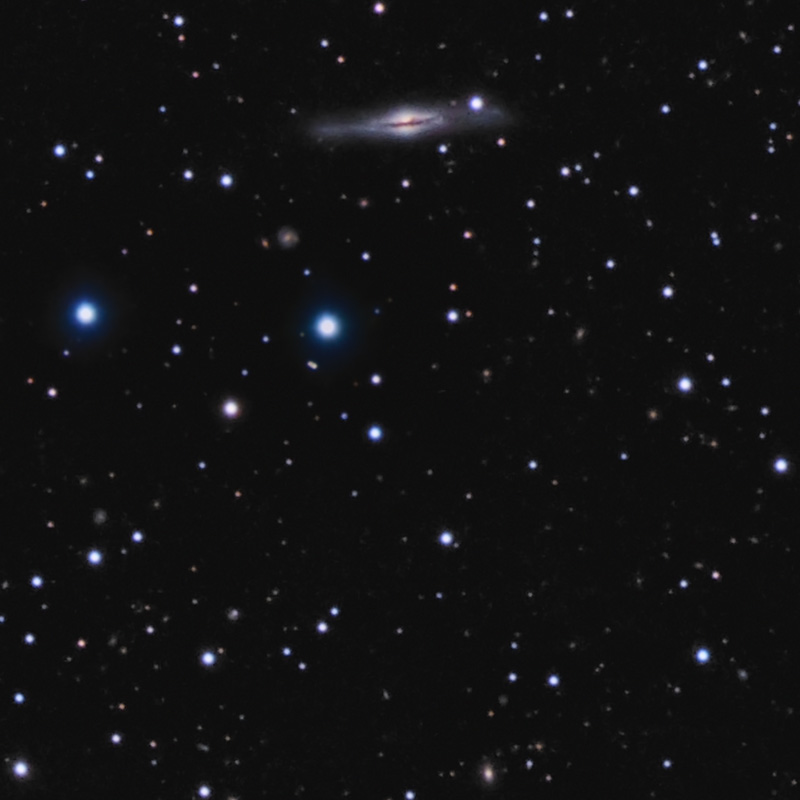