NGC 3846A/UGC 06706 is a low surface brightness blue galaxy located in the bowl of the big dipper about 2 degrees northwest of Phecda at a redshift indicating a distance of about 74 million light-years. A single non-redshift measurement says 82 million light-years. It is classified as SB(r)m: and I measure its longest dimension at 53,000 light-years including the huge plume to the northeast. Without the plumes, it is about half that size. While it is listed as NGC 3846A, NGC 3846 is a full second field north of my frame. I\'d not have expected it to be that distant. Also, it is nearly 450,000 light-years distant so 6 times further away. They aren\'t related in any way.

Also not related is the apparent companion to the west MRK 1452. It is 310 million light-years distant and larger at 75,000 light-years by my measurement. While unrelated it forms a pair known as VV 320. It is a starburst barred spiral classed as SBc. The core is surrounded by what looks to be a \"Saturn-like\" ring with the arms coming off the ends.

The galaxy or is it galaxies that really interest me are listed at NED only by position in the Sloan survey as SDSS J114339.35+550003.9 and SDSS J114339.95+550000.5. The former forms the head of a \"comet\" with the latter being a slight brightening in the southern edge of the tail just behind the former galaxy. I can\'t say if it is really a second galaxy or a faint star cloud in the tail. Is ASK 237743.0 involved? It is a Broad Line AGN which indicates its black hole is actively feeding. This could have been triggered with interaction with the other galaxy but with no redshift data for the \"comet\", there\'s no way to know. Certainly, a dense galaxy like ASK 237743.0 could tear apart a loose spiral creating a mess without much harm to itself so I suspect its possible though if the brightening behind the \"head\" is a second galaxy they could have torn each other apart to make the comet without help from the other galaxy. I don\'t expect this to be studied for some time.

I had a heck of a time capturing this one. A bright star off the right-hand side was sending all sorts of nasty ghosts into the frame. Whenever I put NGC 3846A anywhere near the center those ghosts ruined things. Normally a one minute move solves these but solve one and two cropped up. I felt like I was fighting Hydra. Finally, this low position worked. That almost cost me the comet-like galaxy. I\'ve had much brighter stars out of frame that caused far fewer problems. I don\'t know why this one was such a pain to deal with. 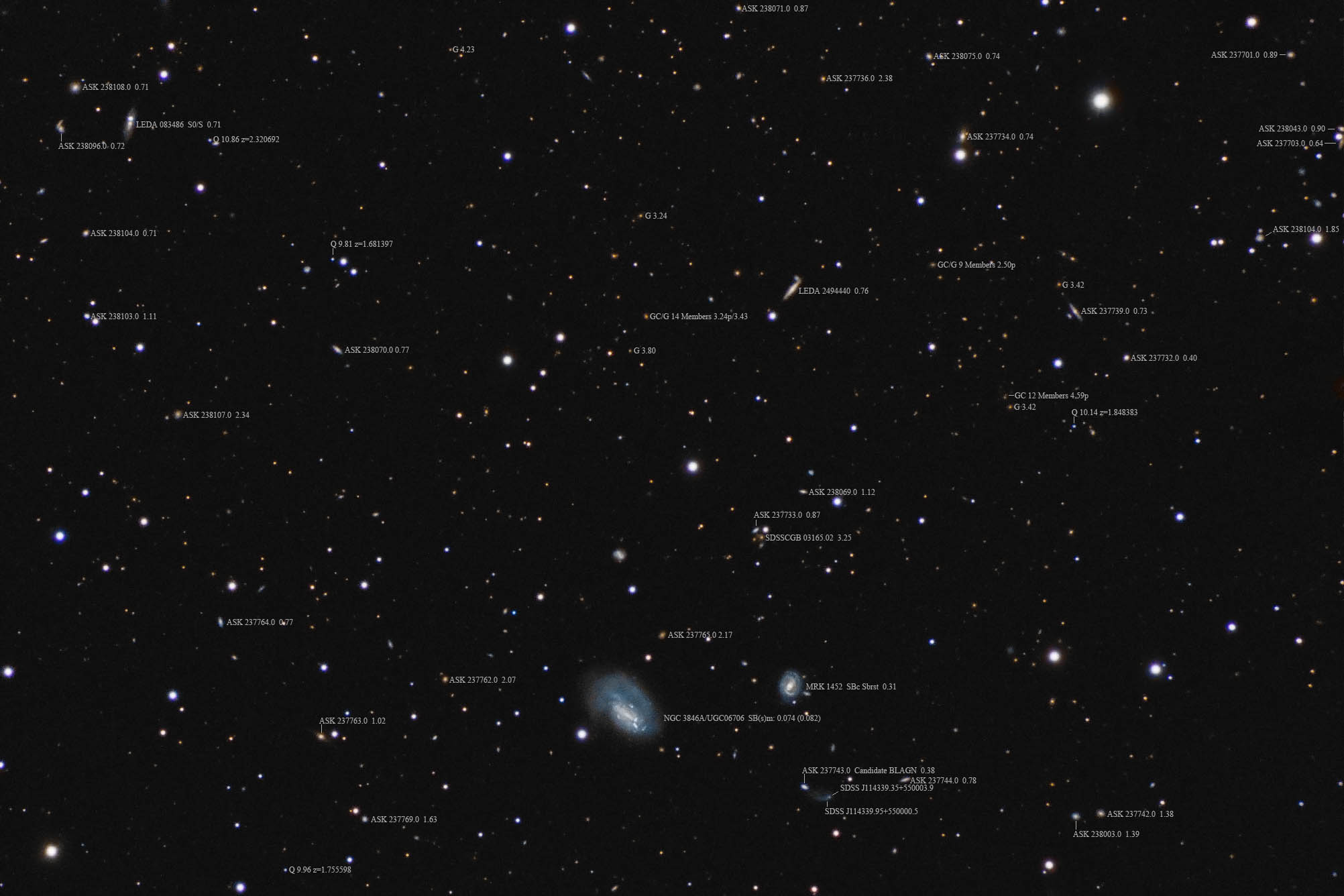 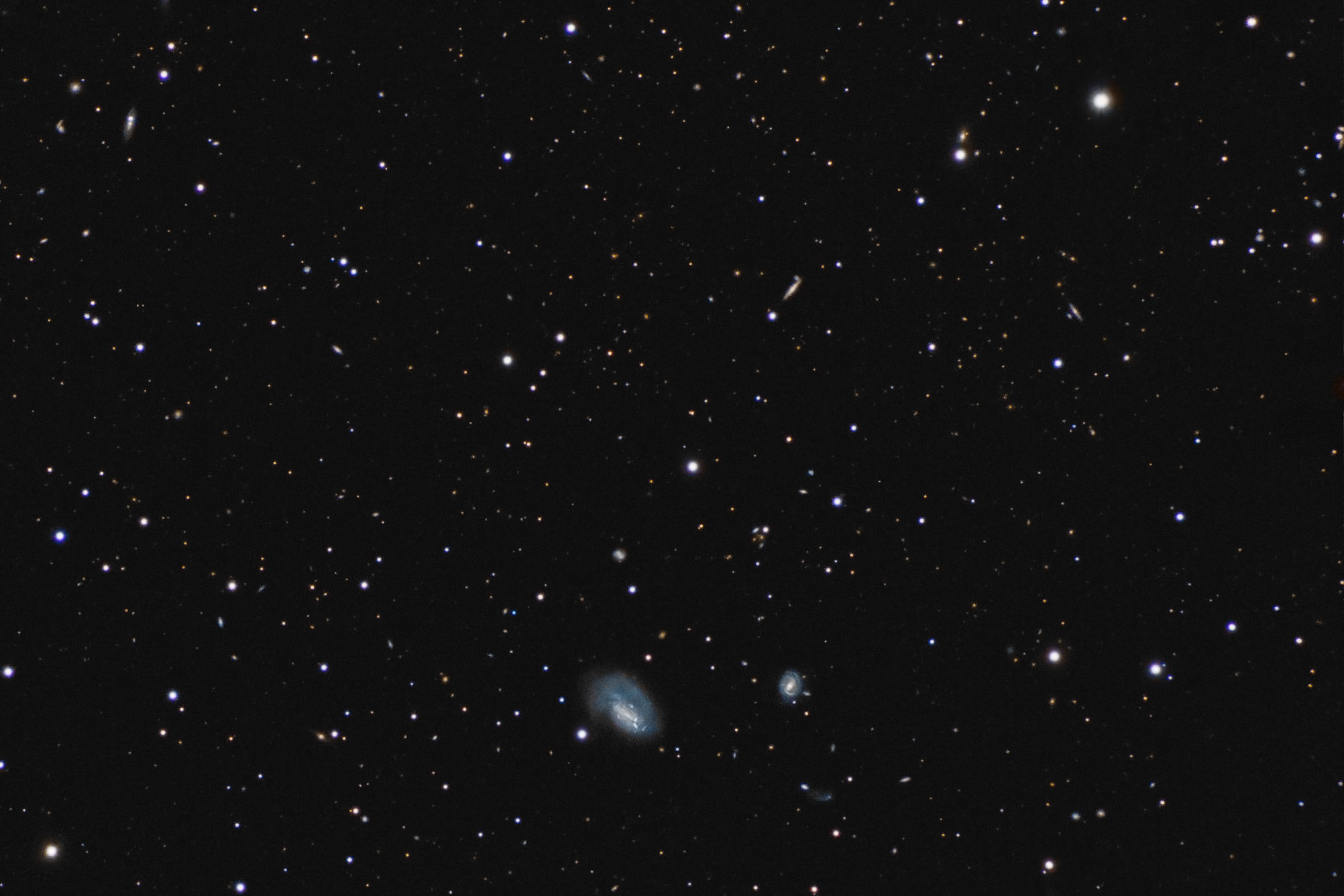 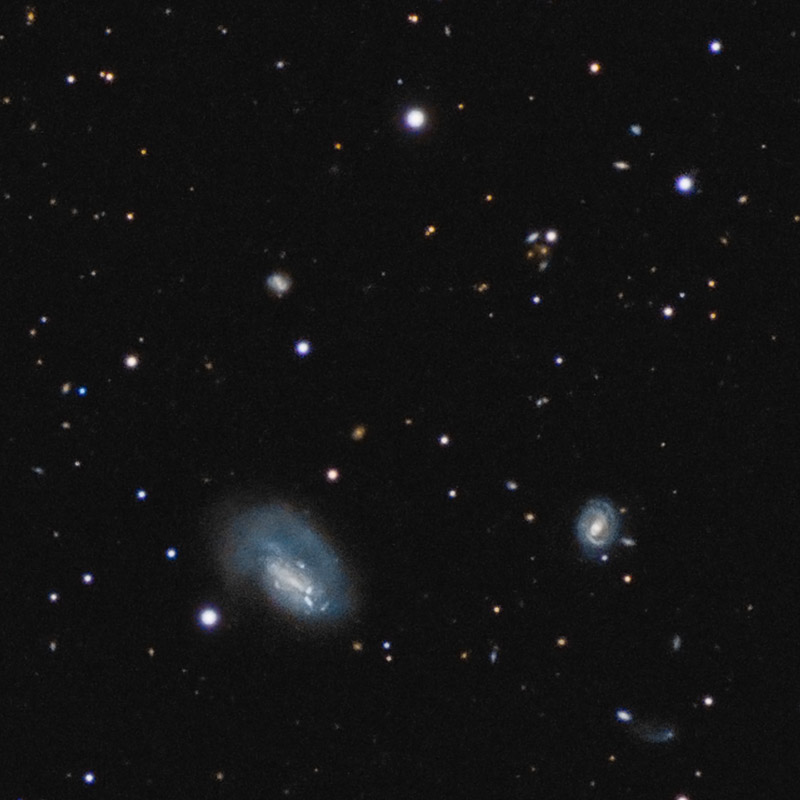