Planetary Nebula Abell 39 is a rather large bubble in western Hercules. It is one of the most symmetrical planetary bubbles known. I found several papers defining its distance but they are in wide disagreement.

Wikipedia says 6800, APOD says 7000. I suppose it is safe to say the 1700 figure is likely very wrong. Using 6800 light-years I get a size of 5.6 light-years which seems large to me for such a bright planetary. Usually, they are very faint at this size.

The central star is quite bright and not in the center but about 2\" off center. Usually, this means the motion of the nebula through the interstellar medium has caused the nebula to lag behind the central star. The brightest edge usually denotes a planetary\'s leading edge. If so then the star is displaced toward the trailing edge, not the leading edge. It appears that in this case the off-centered star may be due to velocity differences at the nebula\'s creation and the nebula is not showing motion through the interstellar medium at all. This is an oddity that needs more study.

Being in a part of the sky with little dust and gas a lot of background galaxies are visible in the image. I\'ve annotated all with redshift values at NED. A surprising number have a distance of about 1.69 billion light-years, including the three seen through the nebula itself. Yet I found no listing for a galaxy group at that distance in my image or within 40 minutes of its center. One of the three in the nebula is a ULIRG which stands for Ultra Luminous Infra Red Galaxy. It\'s IR status was discovered by IRAS, the first space telescope that cataloged IR sources in the sky. 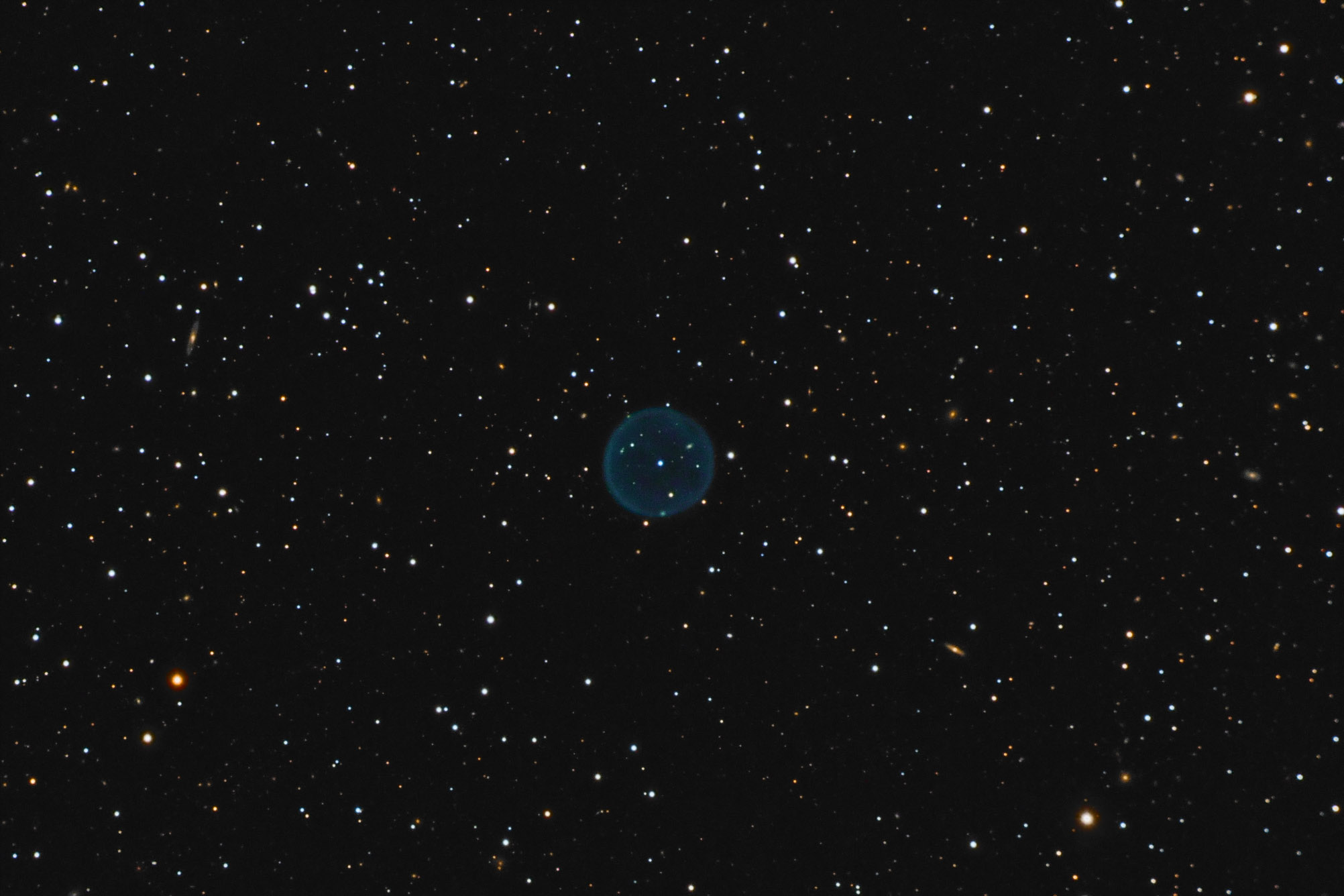 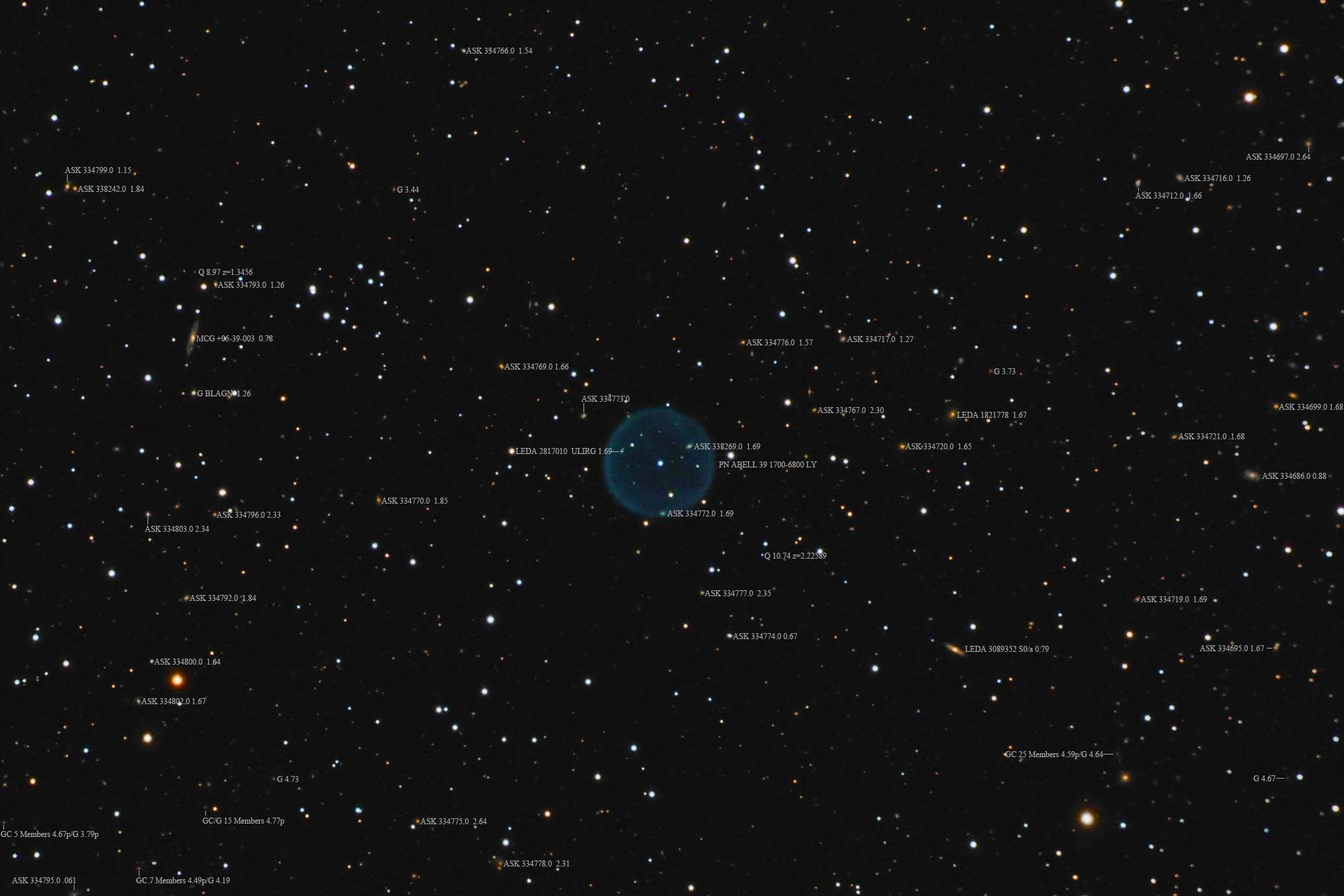