Abell 48/Pk 29+0.1 is a very red planetary nebula in eastern Aquila just above Scutum, right in the heart of the Milky Way. One estimate of its distance put it at 6,200 light years. That would make it about 1.3 light-years in diameter if my measurement of 43\" for a diameter is correct. There are three rather red stars across the nebula, the middle one, even though not at all blue, is considered to be the central star. The nebula is considered to be dimmed by over 2 magnitudes due to dust in our galaxy. This likely reddens the star but I doubt it accounts fully for its red color. It is a very rare type for a planetary nebula being a WN class Wolf-Rayet star (this classification is not fully accepted from what I see). The N indicates its atmosphere is dominated by nitrogen. Only one planetary nebula is known for certain to have such a central star, IC 4663. At -45 degrees I won\'t be imaging it! Abell 48 is very red and in the form of a double ring. This has caused some to consider it a nebula around a massive star rather than a planetary nebula though most favor the planetary nebula classification. There\'s some indication this is a runaway system. A good paper on this object that\'s not as hard to read as many is at http://arxiv.org/pdf/1301.1944v2.pdf

Another paper also finds the star is WN but says it is a low mass star, not high mass and puts its distance at 5,200 light-years which gives a diameter of 1.1 light-years. http://arxiv.org/pdf/1301.3994v1.pdf

For yet another take on this by some of the same authors of the second link above see: http://arxiv.org/pdf/1212.5382v1.pdf

All of the papers are very recent with the oldest (last listed) dating to December 21, 2012. Thus none existed when I put it on my to-do list nor when I took the data in August of 2012. 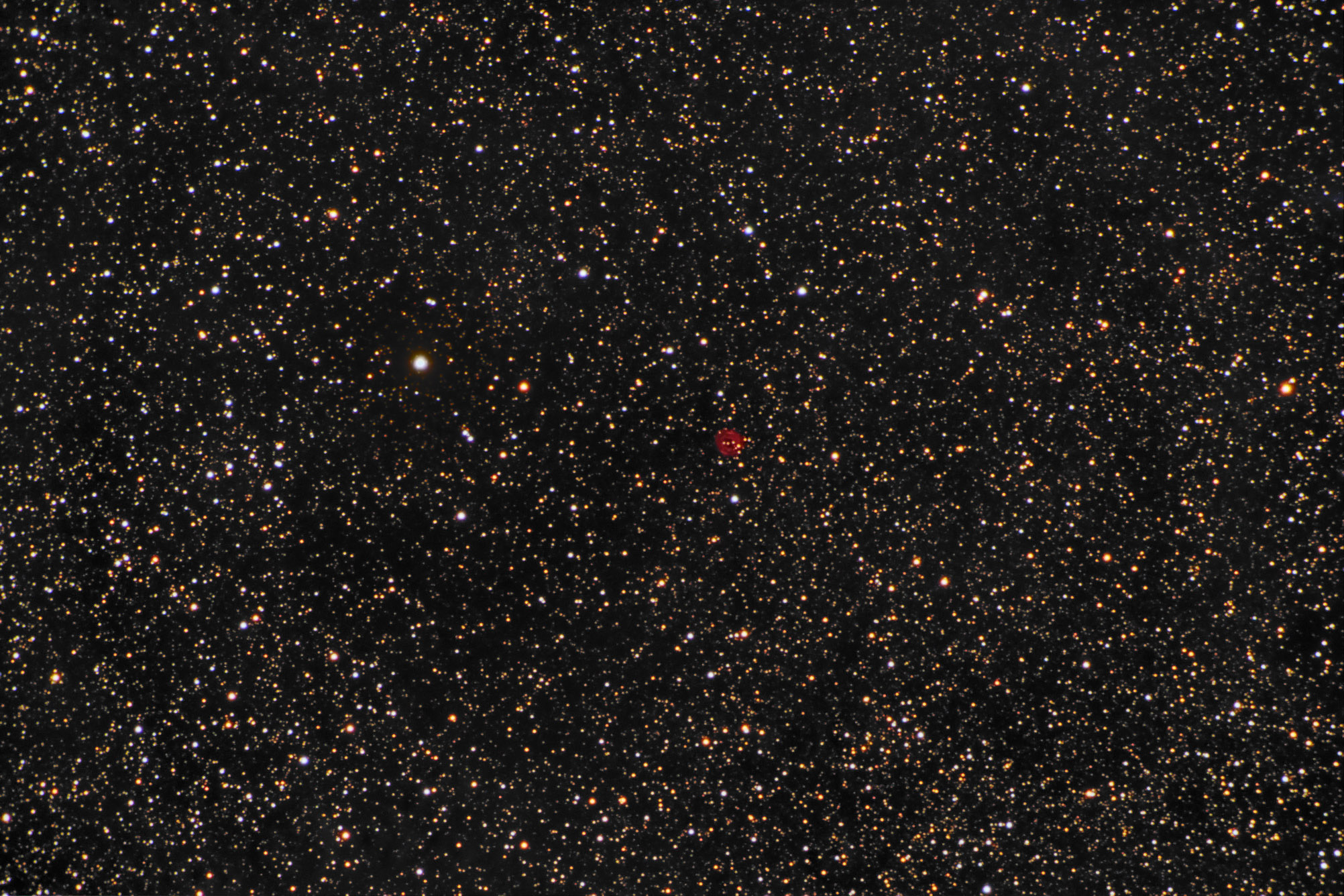 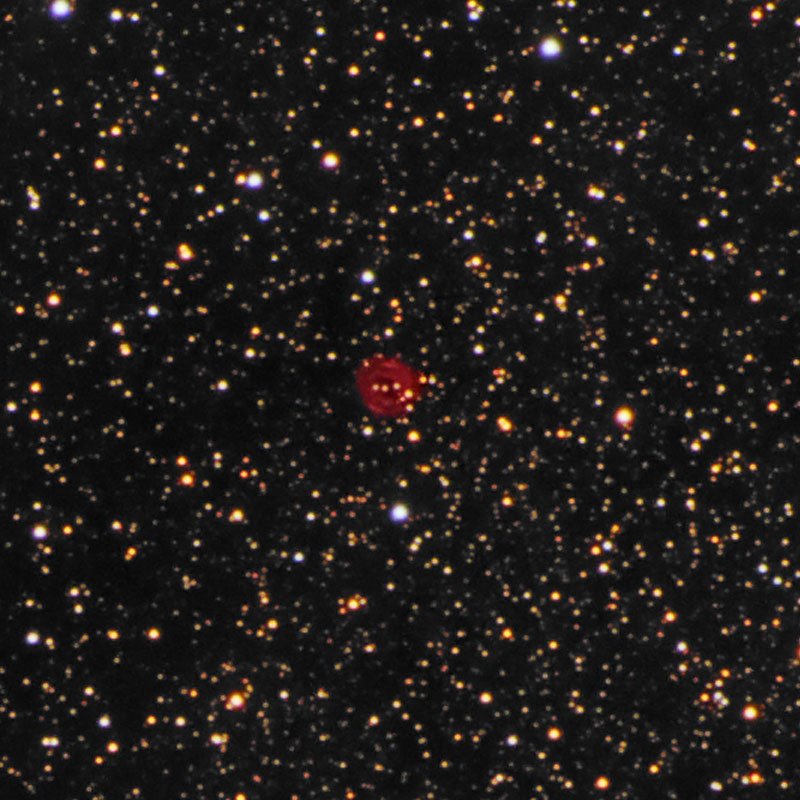