ABELL 70/PK 38-25.1/PN G038.1-25.4 is a planetary nebula in southeastern Aquila. The distance to it is rather vague. One paper (URL below) cites two values, 2500 and 5000 parsecs and rejects the closer as creating too many problems with their analysis of the nebula. For the parsec impaired that would be about 16,000 light years.

Visually it is quite interesting with a galaxy as a hat. Most say it resembles a diamond ring. Most images of this one show the center dark but I show blue nearly to the core. Might be how their images were stretched. In any case, it is not often you see two unrelated deep sky objects on top of each other like this. The galaxy is LEDA 187663 with a redshift light travel time distance of 253 million light-years. That puts it nearly 16,000 times further than the planetary that is possibly 16,000 light-years away. A numerical oddity!

The central star of the nebula is a double star. And a rare type of binary known as a barium star. They seem to only exist in planetary nebula and only a very few of those. Another reason this is an atypical planetary nebula. You can read all about this at http://arxiv.org/pdf/1109.1519v1.pdf .

This one is low in my sky where I need exceptional seeing which didn\'t happen the night I took this. Another problem is that it lies right on the geostationary satellite belt as seen from my latitude. The result was a zillion satellite trails through the image, most just above the nebula though two normal satellites flew through the field as well. OK, not a zillion, just 37 in 100 minutes time. I think that\'s a record for me but I haven\'t been keeping track. There were two asteroids as well but they were lost in processing out the satellites. Also, the sky was unusually bright this night which prevented me from going very deep. This is why I chose this relatively bright object as one that could cut though my strong airglow. It also was a very humid night further reducing transparency according to my notes. Another I need to revisit under better conditions. I probably should have picked on some star cluster instead. I didn\'t know how bad it was until I processed the data. But I dread the thought of processing out all those satellite trails. Due to it being low I have to take it half on one side and half on the other side of the meridian so will catch exactly the same geostationary satellites every time! 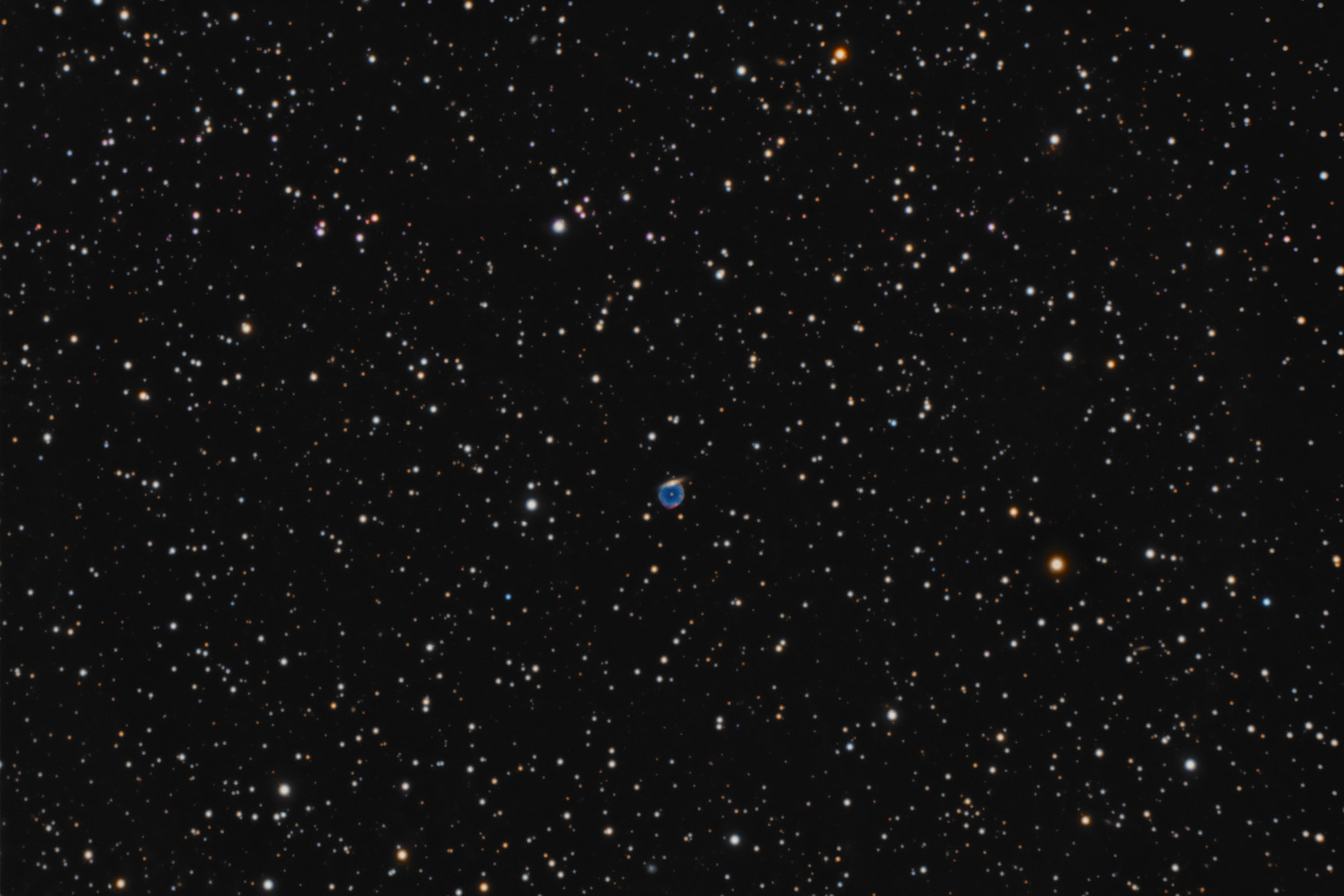 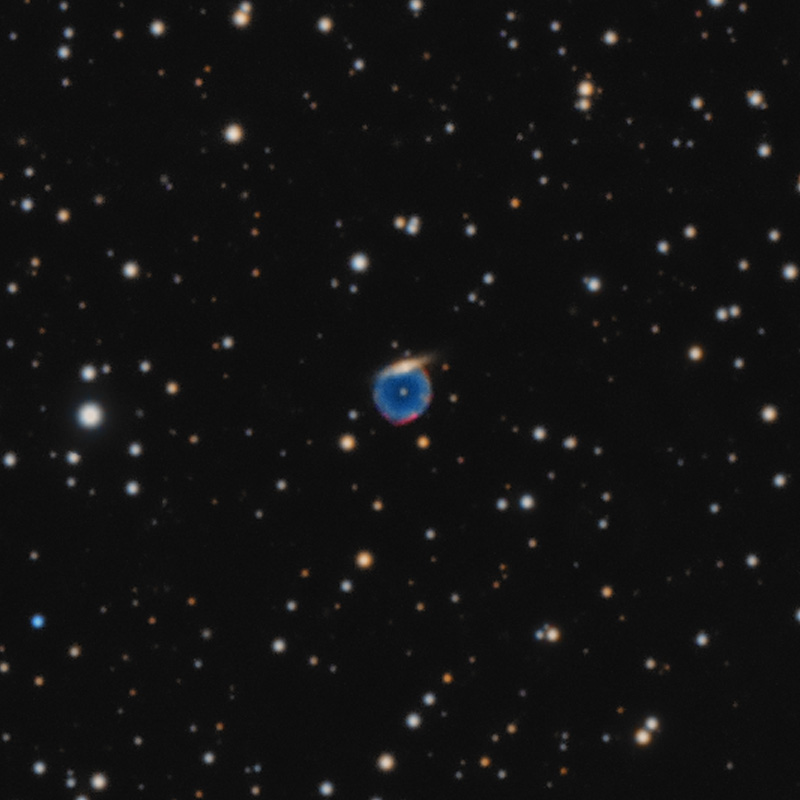