PK 59-18.1 or Abell 72 is a planetary nebula in Delphinus. I can\'t find any distance estimate for it. There\'s a tight pair of possibly interacting galaxies just below it. The barred spiral is MCG +02-53-005. I can\'t find any catalog entry for the small spherical one above it. The other \"major\" galaxy in the image, to the west, is 2MASX J20493655+1335042. It is blue yet a strong IR galaxy. This is because it is likely forming stars like crazy in the core which is hidden by dust. That dust is heated by the intense stars being formed deep inside it. This causes it to shine strongly in IR light. The blue color indicates star formation is going on strongly in less dusty areas as well, though again, the very newest stars are likely hidden behind the dust clouds that gave birth to them and they too will glow in IR light. Slightly older ones have thrown off their dust veils giving the galaxy its strong blue color.

Odd how I can image a planetary and then talk about field galaxies. I can\'t find much on this particular planetary so had to say something. 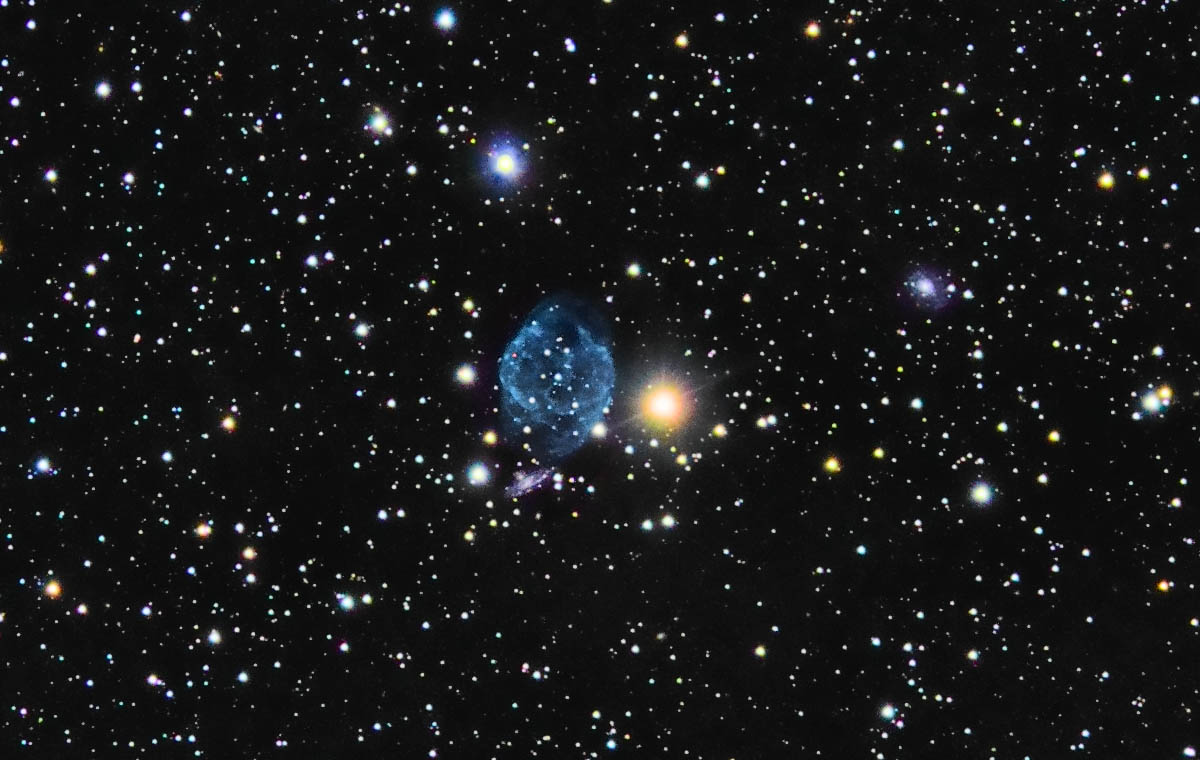 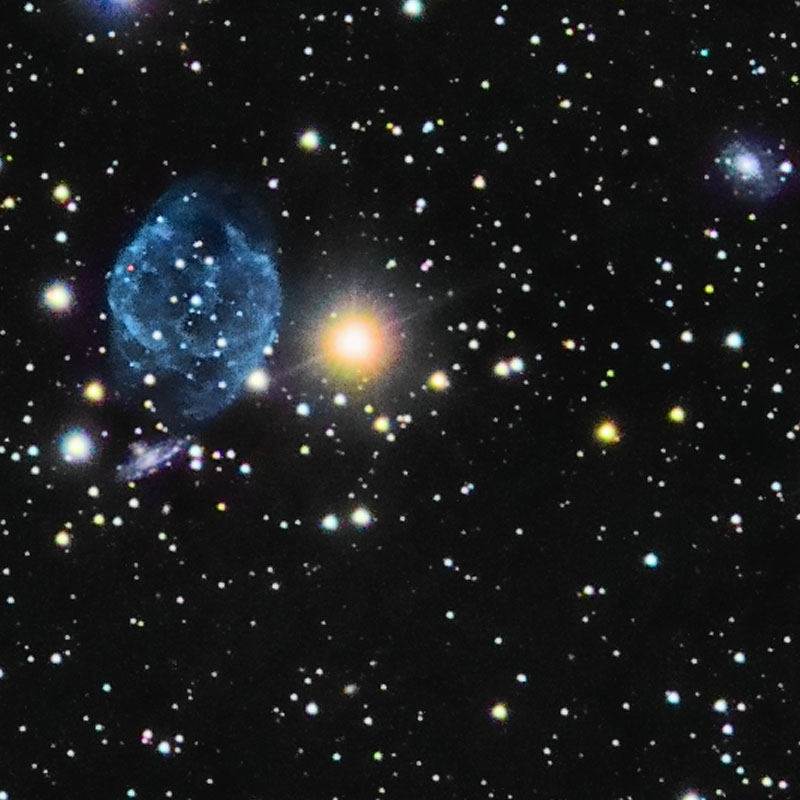