The planetary nebula Abell 80, AKA PN G102.8-05.0, is located in Lacerta. The only distance estimate I found for it puts it at 1.9 kpc (6,200 light-years). http://articles.adsabs.harvard.edu//full/2005MNRAS.357..619P/0000624.000.html Visually it is very faint with reports of seeing it in a 16 being about a 50-50 deal. While it is often described as being a ring I get more of a sense of a cylinder tilted downward (north up). This would explain why the sides are strong but the top and bottom rather weak. Also, the weak top and bottom areas are about the same length as the bright side regions.

Color images I found on the net failed to show the very faint, very blue, central star. Most likely because they used H alpha for the luminance data. This one was so faint I did have to augment the image with H alpha data but I used only LRGB data for the stars in order to not lose the central star. The center hole has a slight blue cast probably due to OIII emission that is often seen in the center of ring planetaries. Not having an OIII filter I can\'t say for sure. 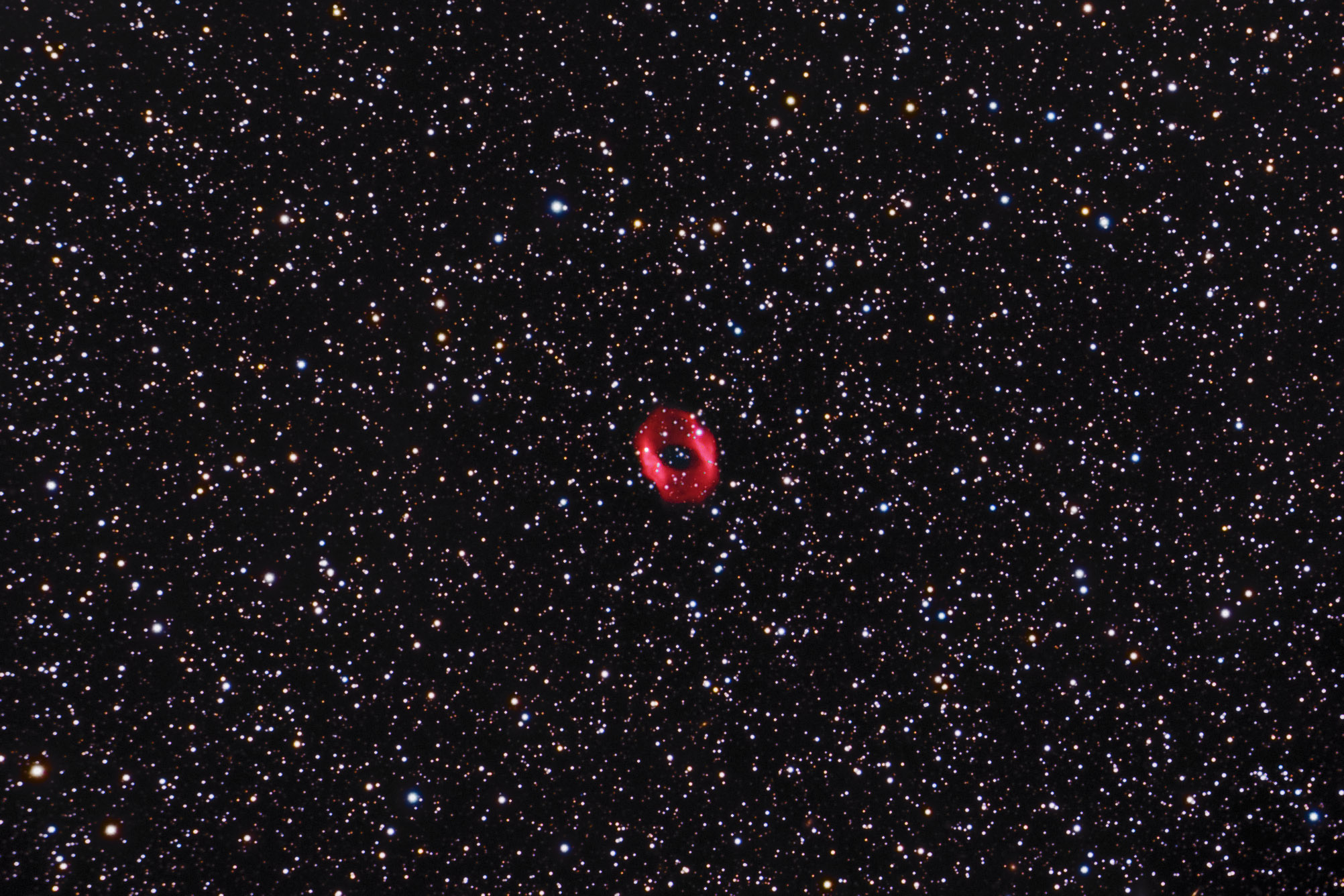