Gyulbudaghian\'s Nebula is a highly variable nebula lit up by PV Cephi. The star is also the source of HH-215. No two images of this one look the same. Sometimes it is just a faint, rather white jet, other times there\'s a very obvious reflection nebula. Sometimes it is somewhat diffuse and blue other times rather white and detailed. This is the way I found it when my data was taken on September 24, 2011 (UT). Compare it to this image taken in October 2010 http://www.caelumobservatory.com/gallery/PVCephei.shtml . Then there\'s this very wide field image, west up, taken in 2008 when it was more like seen in my image, http://tvdavisastropics.com/astroimages-1_000067.htm . It is virtually invisible in this, east up, July 2009 image http://www.astroeder.com/deepsky/350D/lbn468/lbn468_eder_en.htm .

There are a surprising number of distant galaxies in the image once you look outside the nebulous regions. NED lists some invisible ones from the 2MASS catalog that are visible only at 2 microns and not visible light. Those not seen at 2 microns aren\'t listed, however. The blue somewhat edge on spiral above and a bit left of the reflection nebula is an example. I didn\'t expect so many faint fuzzies in this region of the sky. 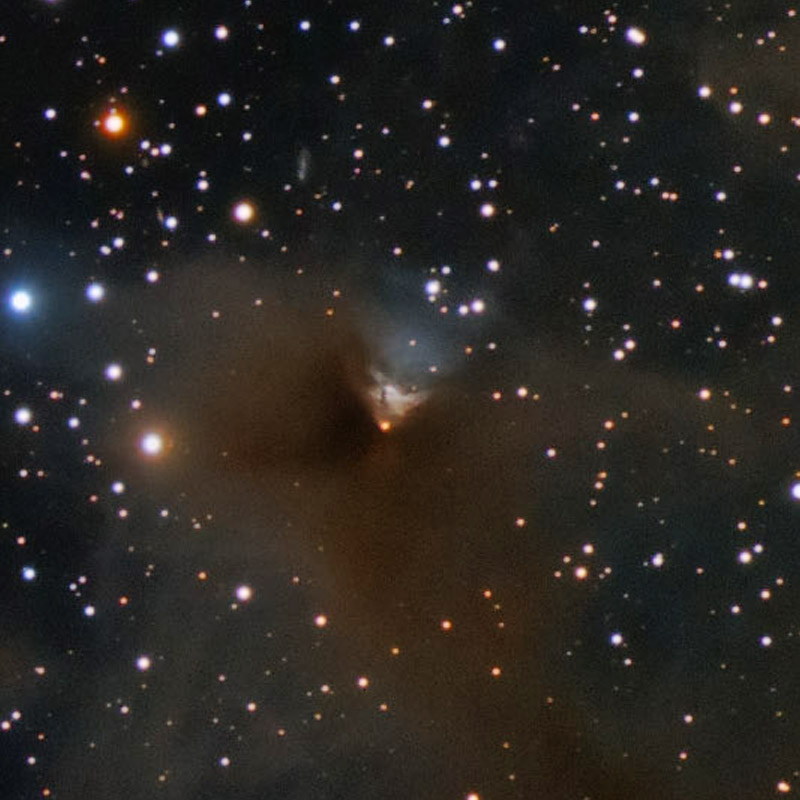 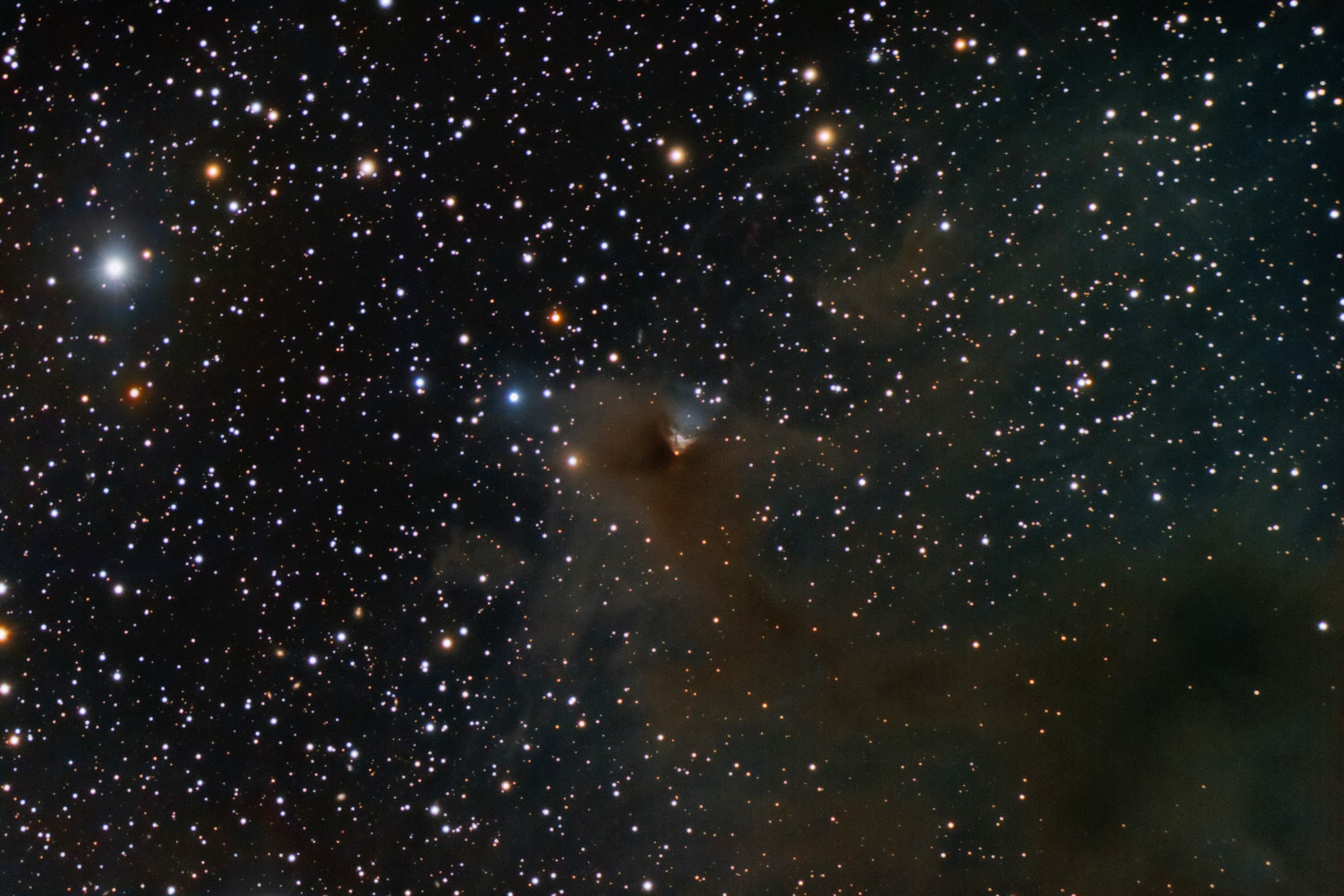