Recently I saw a low resolution image of the area that indicated the nebula had changed so I put it on the high level to-do list. I wasn\'t surprised by this as when I tried for more color data in 2014 showed me it had changed even in the two weeks between tries for more color data. Unfortunately, my horrid weather continues and I wasn\'t able to get even as much data as I had for the prior year. Luminance was 5 instead of 8 subs through far poorer transparency. I had to push things a lot to make the images comparable which enlarged stars slightly but made the noise in the image obvious. Since it will have likely changed too much to get more data without blurring what I do have I went with this. There is time to try again and again if it keeps changing.

As to the change, it appears to me that the cloud itself is not changing significantly, it is how dust around PV Cephi casts shadows across it that are the cause of the change. It seems the same features are always there, just illuminated differently. A mono animation taken every few days might be interesting. Unfortunately, so far this year I don\'t have the skies to try that.

I\'ve attached a crop of the nebula as seen all four years. For 2011 I used my overly blue sensitive filters but the same new ones for the last three years. Still, due to transparency issues, there\'s a color shift I\'m not happy with. The comparison images are at about 0.8\" per pixel though due to temperature differences between the nights there is some difference in image scale evident as I didn\'t compensate for temperature. 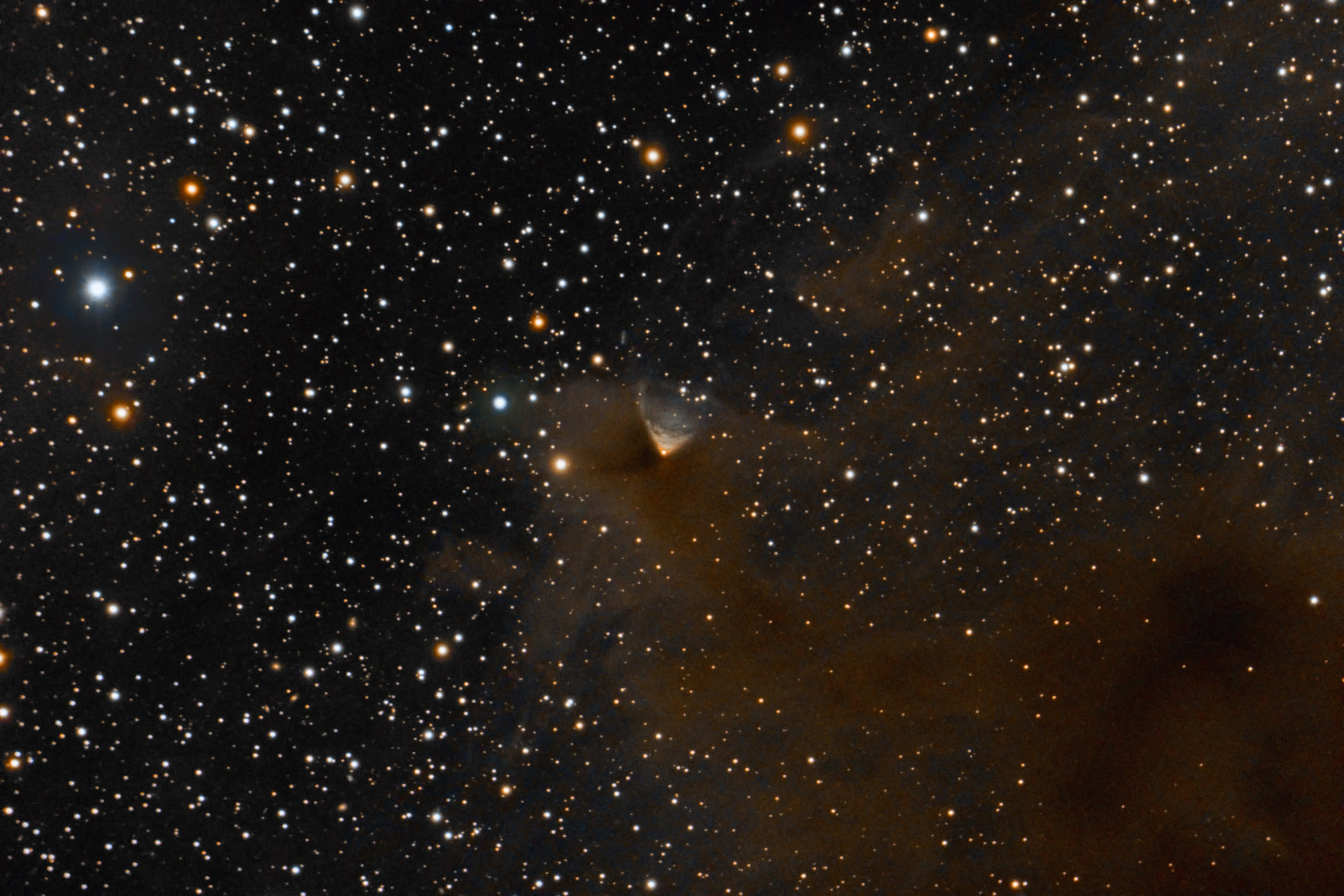 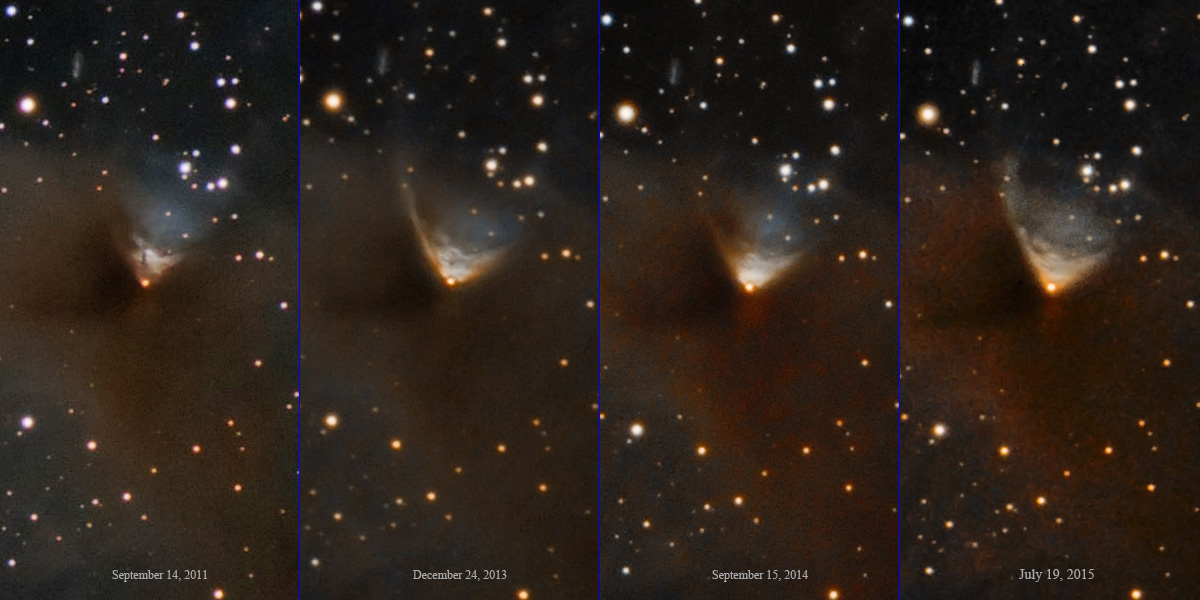