I\'ve always updated my image of Gyulbudaghian\'s Nebula, a variable nebula, about once a year. I took this year\'s version in July earlier than usual hoping to try again in a few months. It didn\'t get processed until earlier this month which reminded me I was going to try again. Unfortunately conditions so far this month have been very bad. Fog and haze moved in even as the first frame was starting. I ended up taking 8 luminance frames none of which were very good but combining all 8 I sort of got something useful. There were nasty fog halos around bright stars I sort of dealt with. Removing them but not the nebula behind them was quite a challenge. Color data was very poor due to the fog. I about gave up on processing this but finally managed to get something useful by using the color data from last July so if it changed color this image won\'t show that. I could try again once the moon is out of the way. If so that would give a very short term view of how it changes. Looking at the November 8 image it looks much like it did a year ago rather than as it did in July. So it may very well show variations in only two or three weeks time. If the weather ever cooperates maybe I can find out. But it\'s biggest change appears to be in PV Cephi itself. Being a protostar it is an irregular variable commonly running about magnitude 16.5 but with sudden peaks to 15 and slow dips to 18th magnitude. Except for this image all the others appear rather constant at mid 16th magnitude. Due to it being embedded in nebulosity I can\'t get a good measurement but it appears about 14.8 in my images which would put it near a typical maximum. Something none of my other images have caught before.

For more on this nebula see my November 4th post 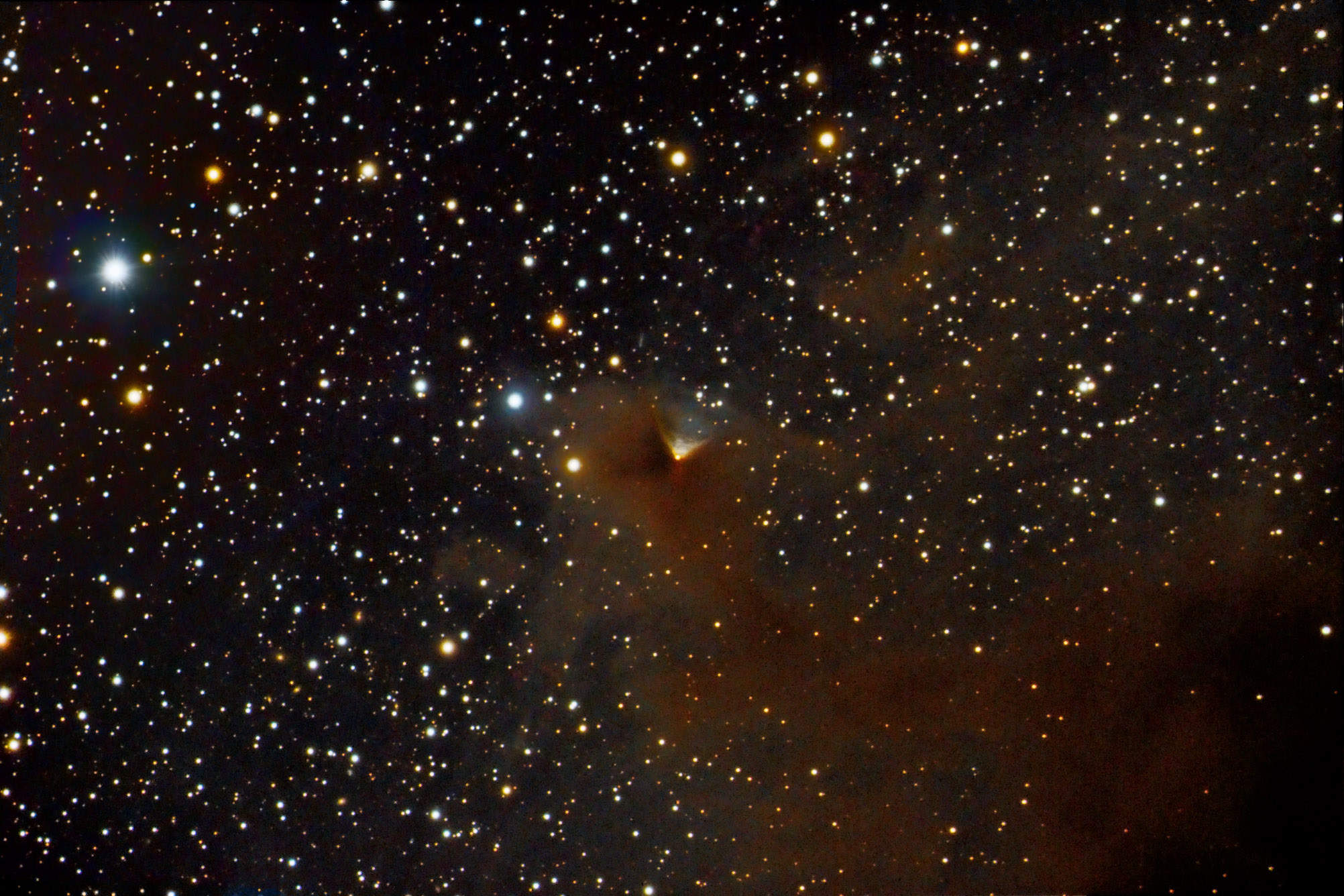