This is my annual image of the variable nebula around PV Cephi often called Gyulbudaghian\'s Nebula. Conditions were very poor allowing me only 4 luminance frames through a lot of gunk so it doesn\'t go as deep as normal. I normally use 8 but that wasn\'t possible this year. The color data was severely hit by gunk and is augmented with color data from prior years just to get something. This causes some issues around the top right edges where due to a bit different camera rotation I had to go with only this years color data. Due to the gunk and half the usual exposure time it doesn\'t go as deep. Still I think it shows the changes since November 2015. It\'s obvious this nebula changes much more rapidly than I am capturing by taking it once a year (twice in 2015). I\'d planned on at least 4 this year but my continuing to worsen weather had other ideas. I had to grab this one through gunk as it was about to go behind some trees to the north west. Also it was moving into my ham antennas which would make lots of nasty diffraction spikes on even rather dim stars. So this will have to do for this year. 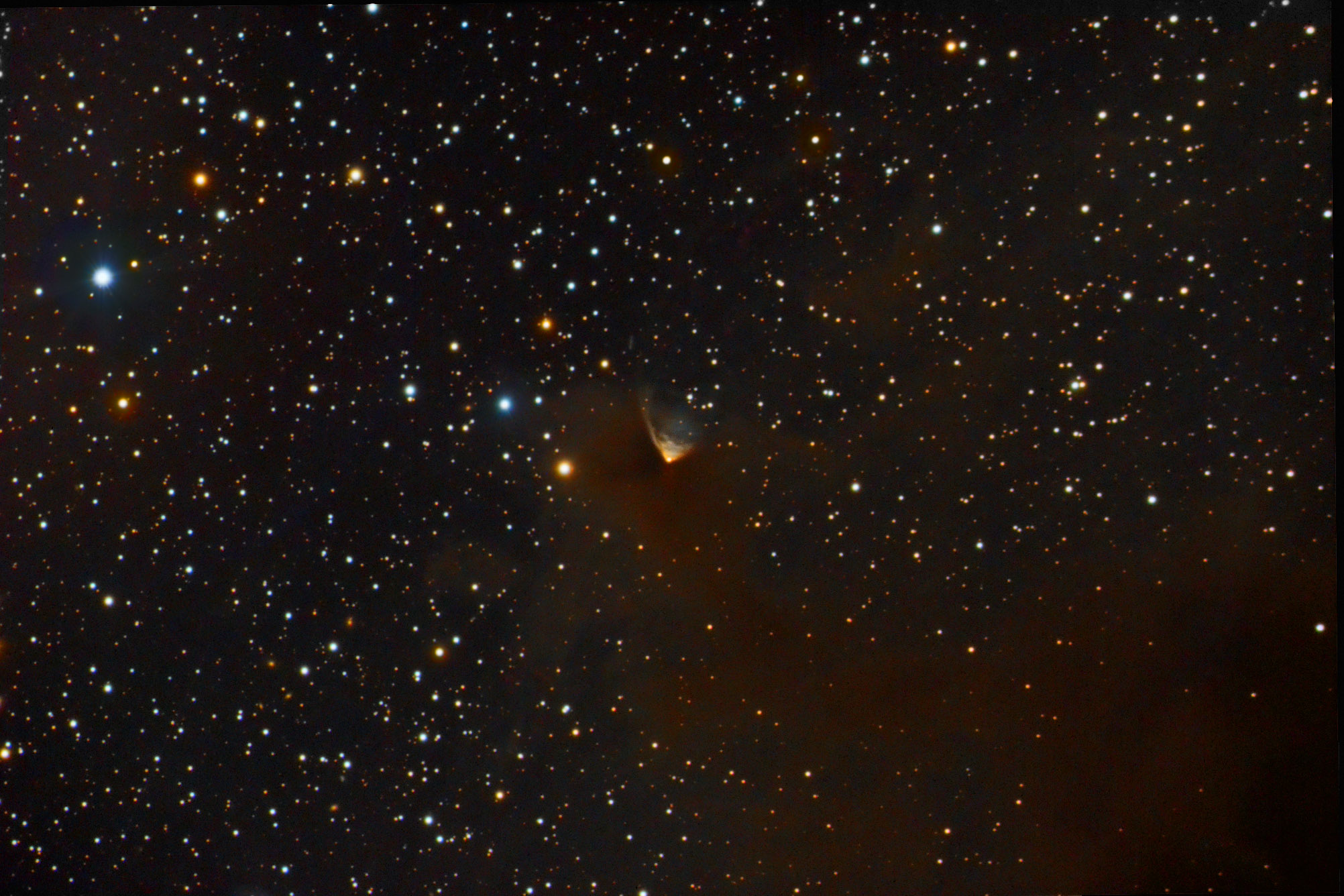