I\'ve been monitoring the nebula around PV Cephi (Gyulbudaghian\'s Nebula) since 2011. Each year changes are seen but nothing nearly as dramatic as when my images are compared to the POSS I and POSS II images. In the POSS II images it is nearly invisible in red light as a streak with a bit more even fainter features but in blue it is rather similar to the brighter parts seen in all my prior images so it was very blue back in the mid 60\'s when those were taken. But since they could have been taken a year or two apart this isn\'t saying much. In the 1950\'s when the POSS I plates were made the streak of red light was much stronger with little else seen. It was also seen in blue light but was much weaker so then the streak was quite red.

I was in for a surprise when the first frame for 2017 came in. It had changed drastically with the streak portion seen in three of the POSS images being the main feature though the eastern half of the triangular part of the nebula was visible it no longer reached PV Cephi itself with much of the western side very faint. PV Cephi itself is much fainter than in any of my prior images.

Also, the dark nebula seems to have changed being less bright with weaker color. The lower right part of the cloud is LDN 1155C. The portion nearer PV Cephi may be [YDM97] CO 8. I\'m not all that great at identifying these dark nebulae.

Above Gyulbudaghian\'s Nebula is a separate short streak. It is unrelated as it is HH 415 due to a jet from a protostar at its south end. Though the star likely formed from the same molecular cloud that fills much if the field. Gyulbudaghian\'s Nebula is just a part of it lit by PV Cephi. It likely changes due to dark clouds right around PV Cephi which itself is a young stellar object and thus a variable star.

Besides this year\'s image, I\'ve included comparison images, processed as similarly as possible for me, going back to 2011 showing how it has changed. Note the \"streak\" remains rather constant while the rest seems to change significantly. The star and its nebula are thought to be about 1600 light-years away. As the name indicates it is in Cephius near the western edge. Not far from the Iris Nebula. 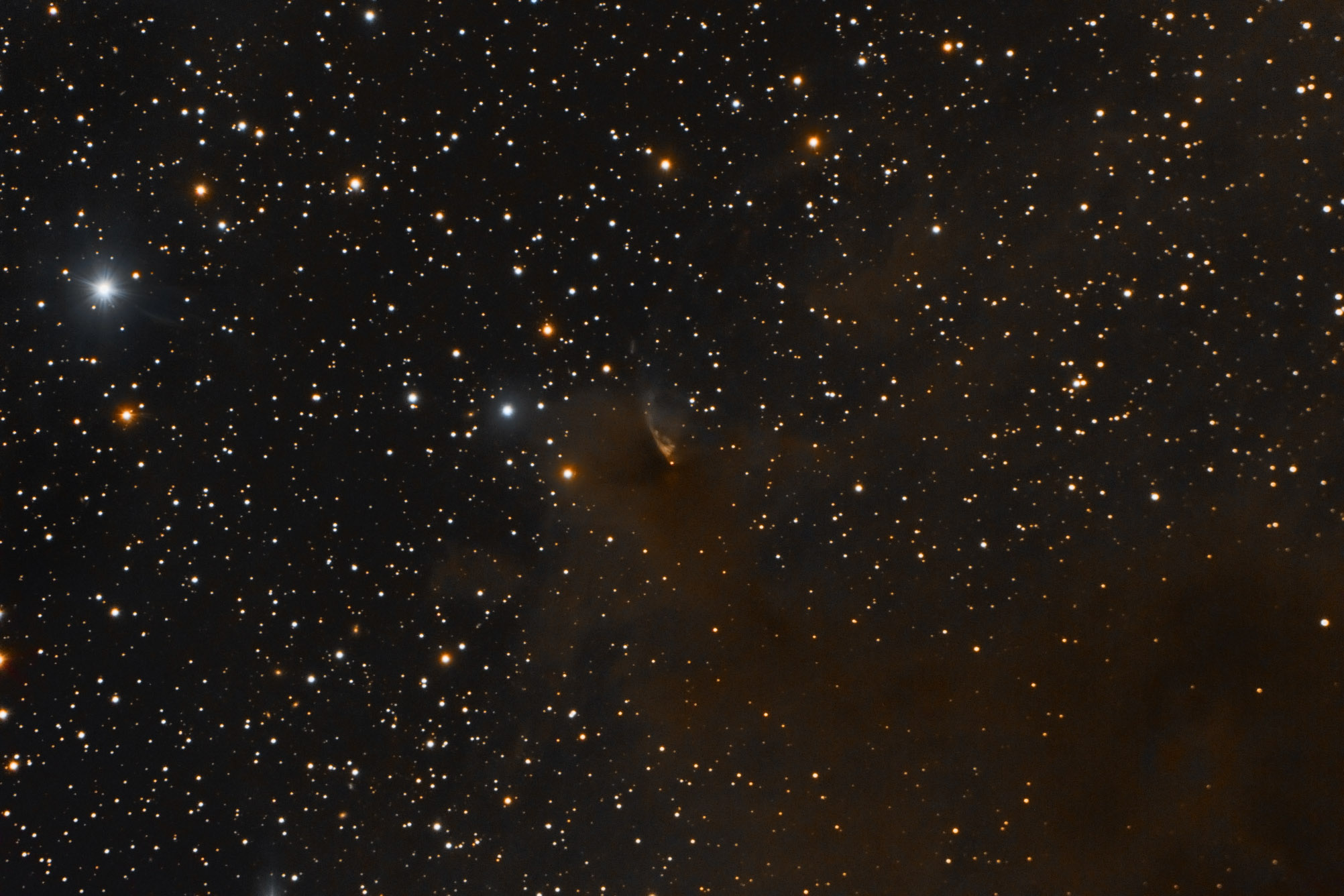