I\'ll get to the new planetary in a bit first the main object.

This is a retake of SH2-80 aka Merrill\'s star. It is a Wolf Rayet star and bubble rather than a planetary nebula as it is often cataloged. Much of the red likely comes from nitrogen rather than hydrogen as it is a WN 7 or WN 8 object. The N signifies strong nitrogen emission. Those with 3 micron Ha and NII filters can test this.

This time I took it at my full resolution of 0.5\" per pixel though the night wasn\'t quite up to that. Still the result is much superior to the first image. The nebula contains virtually no OIII emission. When I took it in 2010 I was using my old Astrodon 1 filters. The green came up empty of any hint of green emission though most other images of the nebula show green. This puzzled me and others. Now that I have generation 2 Astrodon filters I wanted to see if that changed anything. It did slightly. Now I see a very very faint hint of green emission but it is super weak. The blue of H beta came through in both but is weak compared to the red. Likely because the red is mostly nitrogen rather than hydrogen emission as it is a nitrogen class Wolf-Rayet star. Still why did most images of this nebula show green when you looked at the color channels. I found out that it was the way the saturation of the image was done. If it was done after combining with the initial color data then pushed to normal levels it showed green that wasn\'t really there. If the saturation was done totally in the RGB combine and not changed once combined the green vanished -- too much, it turned black rather than staying at background levels. This time I did some push in RGB and some after the combine. Thus there is some green if you look at the posted image but that wasn\'t there in the original color data. It\'s an artifact of how the color was combined. I\'m going to have to somehow download a copy of Pix Insight (takes hours on my slow internet) and see if it handles this more correctly than I and apparently others handle it in Photoshop. It will be an interesting test.

Now for the other reason for retaking this one. After I posted my earlier image a friend who images from central Berlin, Stefan Lilge, took the same field in narrow band and discovered a small uncatalogued planetary image. He checked my first image and it was there though I\'d not noticed it. Not nearly as nicely seen as it was in his image but it did confirm he found something real. When he told me about it I contacted Sakib Rasool who got a pro to image it with the 2.1 meter KPNO telescope. It\'s discovery was released at a conference last week (2013) so I\'m now free to cover it. The object is at 19h 12m 10.3s +16d 46\' 35.6\". That is in the lower left part of my image above and left of a bright (not the brightest) pair of blue stars. There\'s a field star that blocked much of the planetary in my LRGB image. Stefan\'s narrowband image dims the star making the nebula more visible. I tried to tone it down in this image but wasn\'t all that successful. Stefan\'s discovery image can be seen at http://ccd-astronomy.de/temp8/Sh2-80/Sh2-80colourcropgut.jpg . Orientation is about the same as mine so it too is to the lower left. Only his field is smaller so it is by the only bright pair of blue stars. The offending star on the right edge of the ring is quite faint in narrow band images. Somehow the Kitt Peak image doesn\'t even show it and severely dims the other stars in the field, completely hiding many in my image making a comparison hard. The planetary is now known as Li1. Li for Lilge of course. That\'s his only planetary so I\'ve now completed my first catalog! Small as it is. When I took the second image I\'d hoped to pick up the central star but failed. Nor is it seen in the Kitt Peak image though it has greatly suppressed stars so that isn\'t surprising I suppose. Odd they left in their hot pixels.

Ironically I am always harping on \"Know what\'s in your image\". I failed in this case, fortunately Stefan didn\'t and it is Li1 rather than Jo1. I\'ve included a link to the poster from the conference showing all 37 candidates (greatly reduced to meet size limits) and a full size crop of Li1 from the poster. Note his discovery was made through the severe light pollution of his central Berlin balcony! That shows his great skills as a astrophotographer! 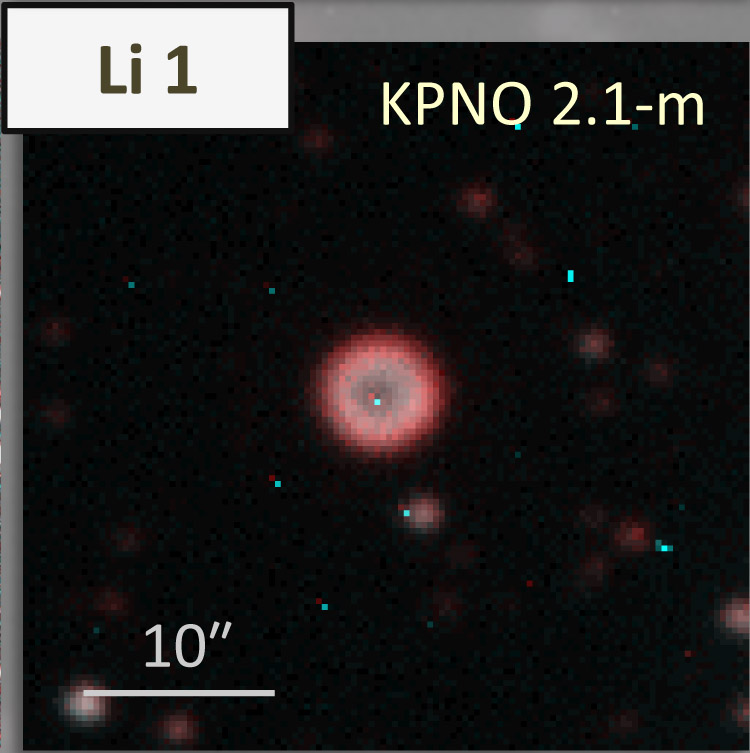 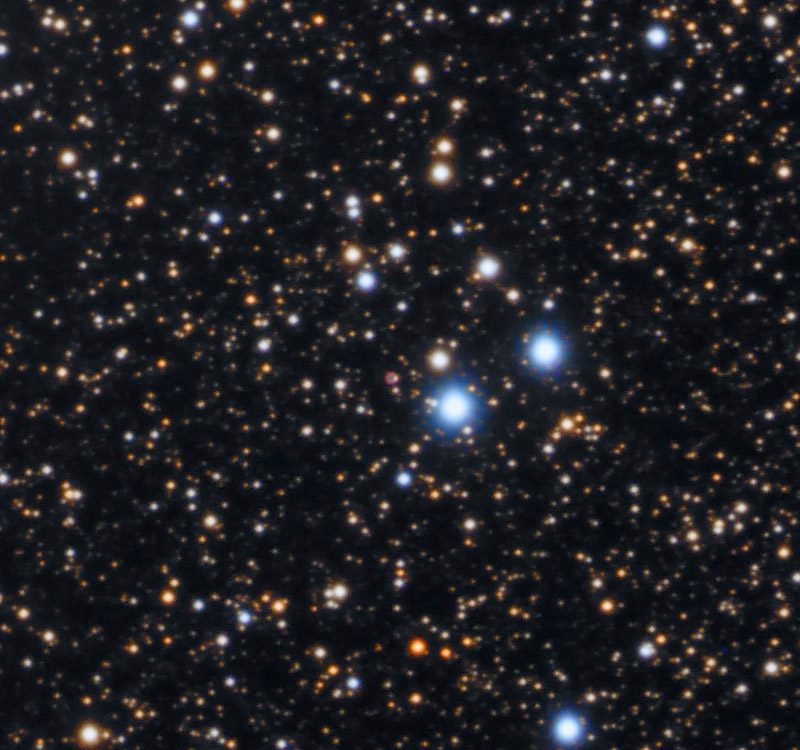 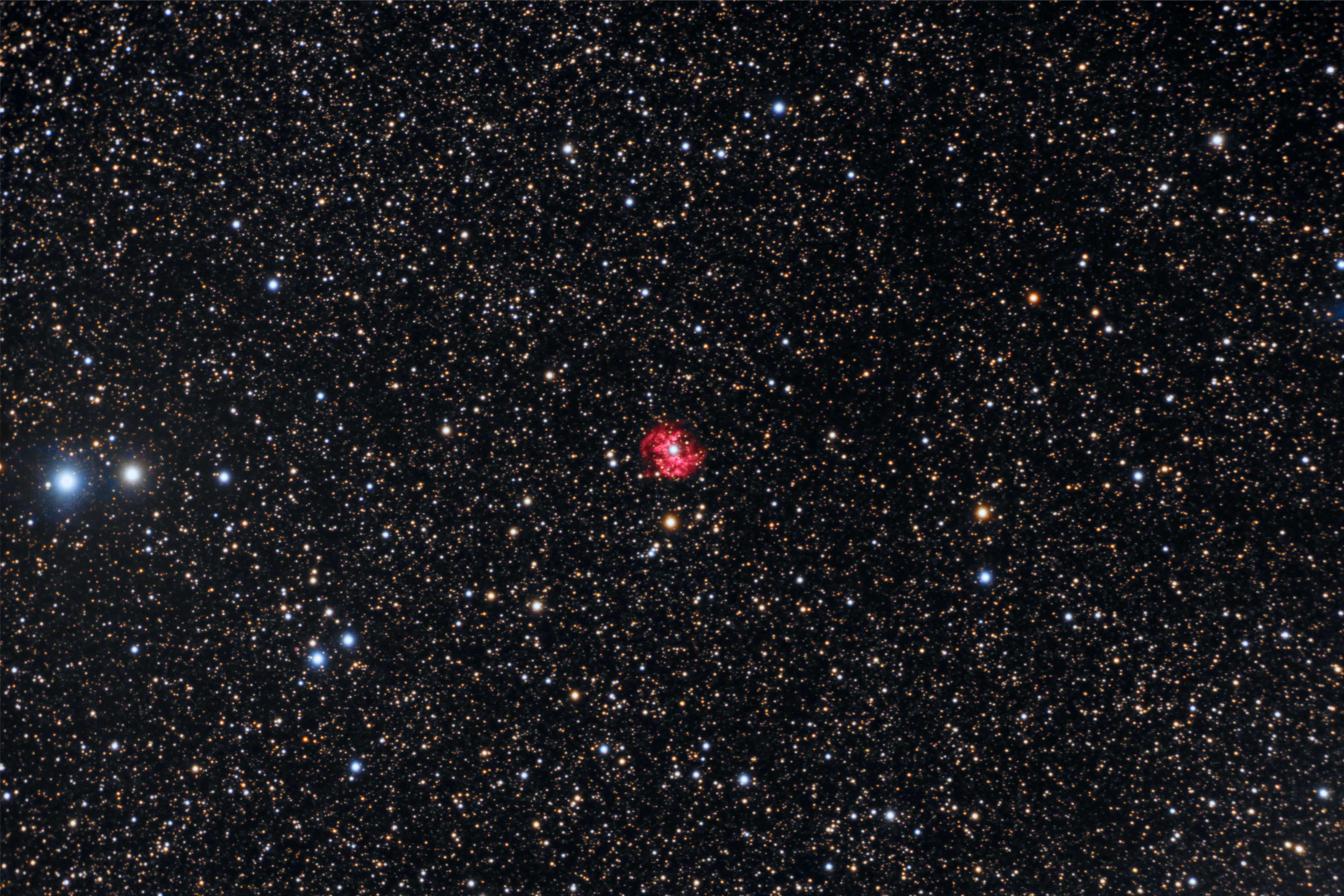