SH2-87 is a faint emission nebula 3.6 degrees northwest of M27 in Vulpecula. Distance estimates range 2100 parsecs +/- 200 parsecs. That\'s 6,800 light-years +/- 650 light-years for the parsec challenged out there. Another source put it at 7,500 light-years. It seems to consist of a large very faint cloud with two bright condensations and a moderately bright region east of the eastern bright region. Unfortunately, it was very low transparency the night I took this so I missed most of the faint region that extends east and north of the two bright regions. Also due to clouds of the 4 color frames per channel, I took only one of each color was usable and the blue channel was especially poor so my color is very suspect, especially in the fainter regions. I need to put this one back on the redo list for next summer.

The two condensations carry the very odd names of [CZY2003] S87E and [CZY2003] S87W, left to right or I should say east to west as the last letters indicate. These house Infrared star clusters. The eastern one appears to be the result of a collision of two star clouds. 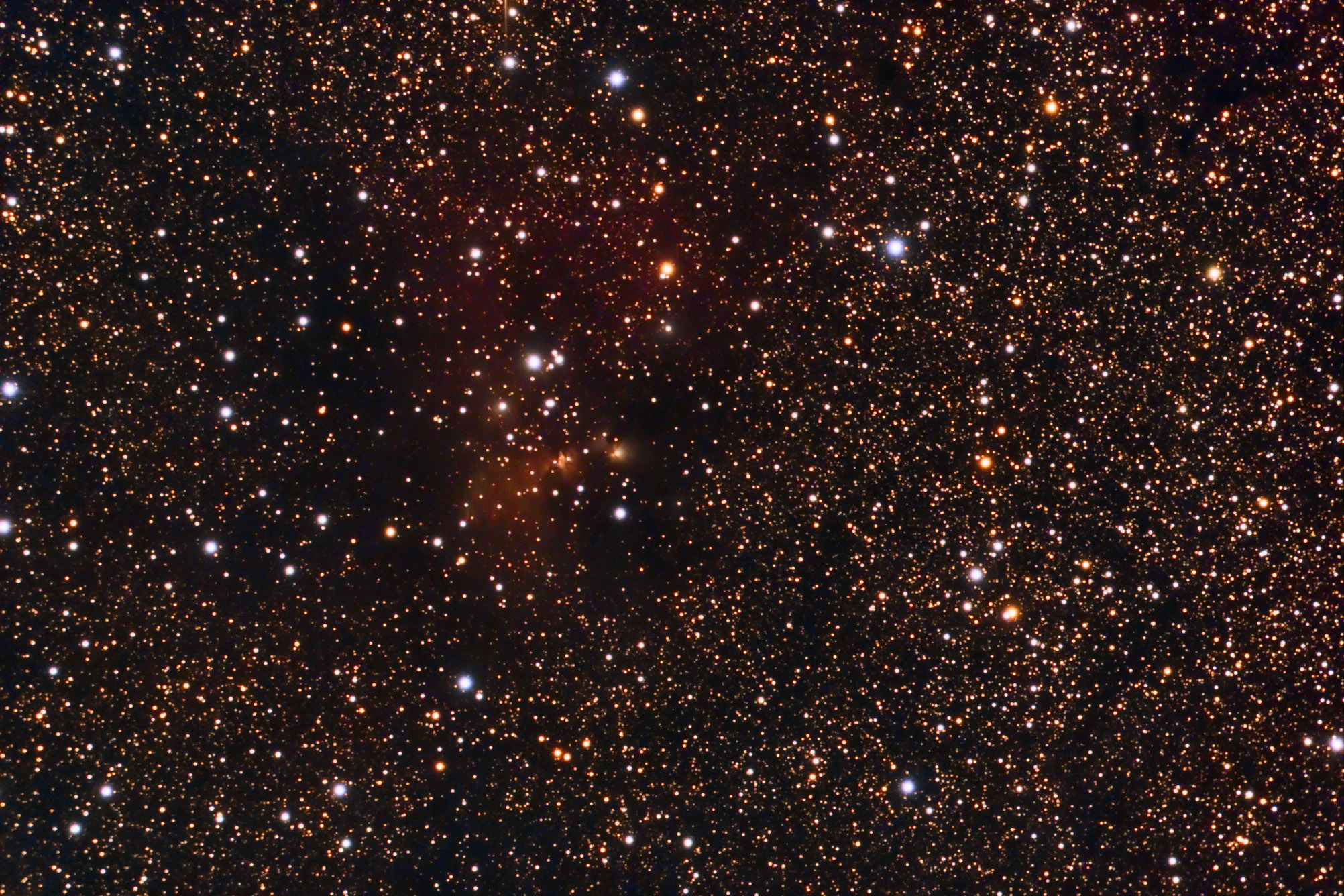 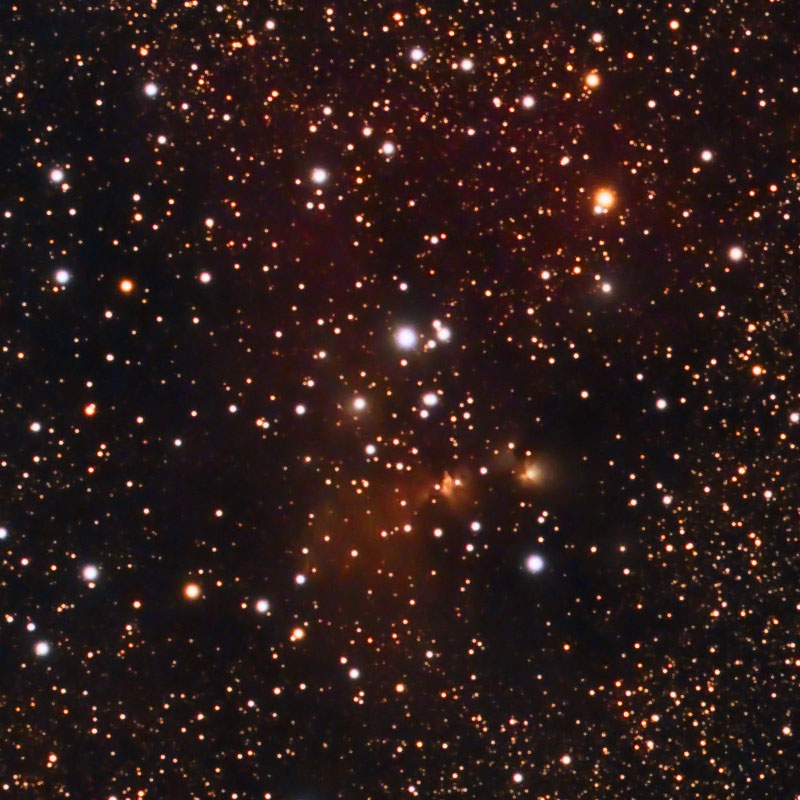