In April 2013 I ran an image taken in July 2012 of SH2-88. At the time I\'d recorded it under its LBN notation of LBN 139. Color data, especially green and red were poor and I thought it too blue. I even put it down on my reshoot list. Figuring I\'d never get to it I posted it anyway. Thanks to the \"tower of babble\" as I call the many catalog names for the same object it turns out I\'d already retaken it under the designation of SH2-88 in October 2012 but as I was still processing July images I didn\'t realize it! Turns out I was right, it was too blue. Though it is still on the reshoot list as conditions in October, while better than July wasn\'t great and I still have some doubts this is really correct, just better. Here\'s the text from that original post.

SH2-88/LBN 139 is a small emission/reflection nebula in Vulpecula about 2.4 kpc (7,800 light-years) distant. It contains at least three separate star-forming regions in its about 1 minute diameter. To its west is a larger mostly reflection nebula around 10th magnitude GSC 02143-01279. SIMBAD shows no identifier for this nebula. I found an amateur who says SH2-88 is LBN 138 and the mystery reflection nebula is LBN 137 but both NED and SIMBAD point to rather obscure nebulae further west for these with LBN 139 being SH2-88. All appear to be part of the Vulpecula OB1 association. Other than this I found little on the field.

Transparency decreased steadily as I was taking the color data with the blue channel having clear skies but decreasing greatly by the time the last red frame was taken, (blue-green-red) was the order. I had to do a lot of compensation so the colors are rather suspect. Most images show SH2-88 as nearly all H alpha pink rather than only the center in my image with the rest blue. But they were listed as being H alpha for the luminance channel so they didn\'t pick up much of the reflection part. Those show the mystery nebula as rather white rather than blue. I have it down to retake the color data to verify my LRGB data. I suspect it is far too blue. Considering the weather I doubt I\'ll get to it for a while, unfortunately. 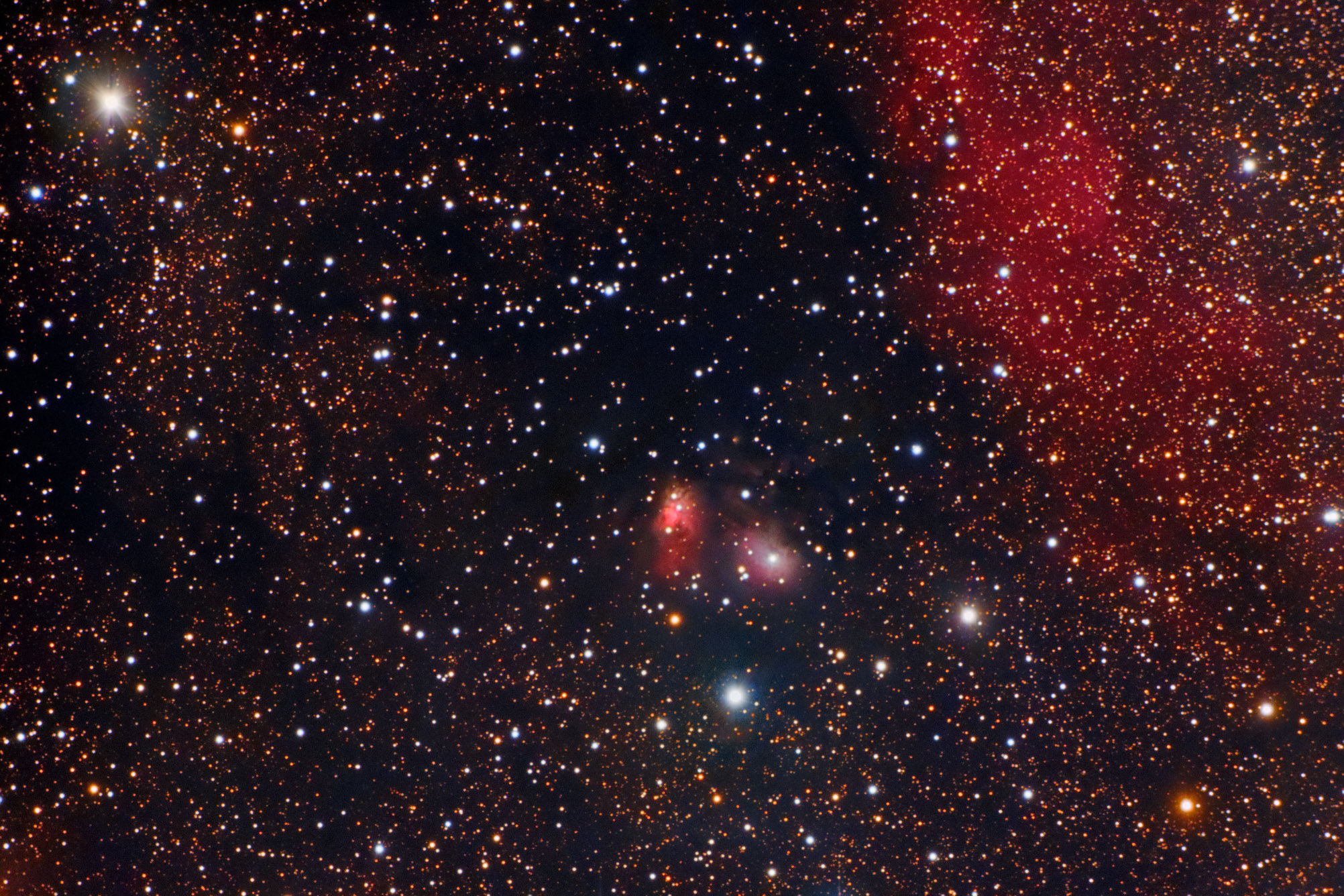