Sh2-90, also known as LBN 144 is an HII region in Vulpecula. It is associated with Vulpecula OB1 association. It appears to be a rather strong radio source with many radio listings in NED such as PKS 1947+266. I can\'t find much on it. SH2-89, a far fainter and larger nebula is just to the south. The two may be connected as deep H alpha images show they appear to either overlap or be part of the same cloud. My LRGB image barely showed it but was so noisy what little was there didn\'t survive processing. I\'d need far more time to show it. 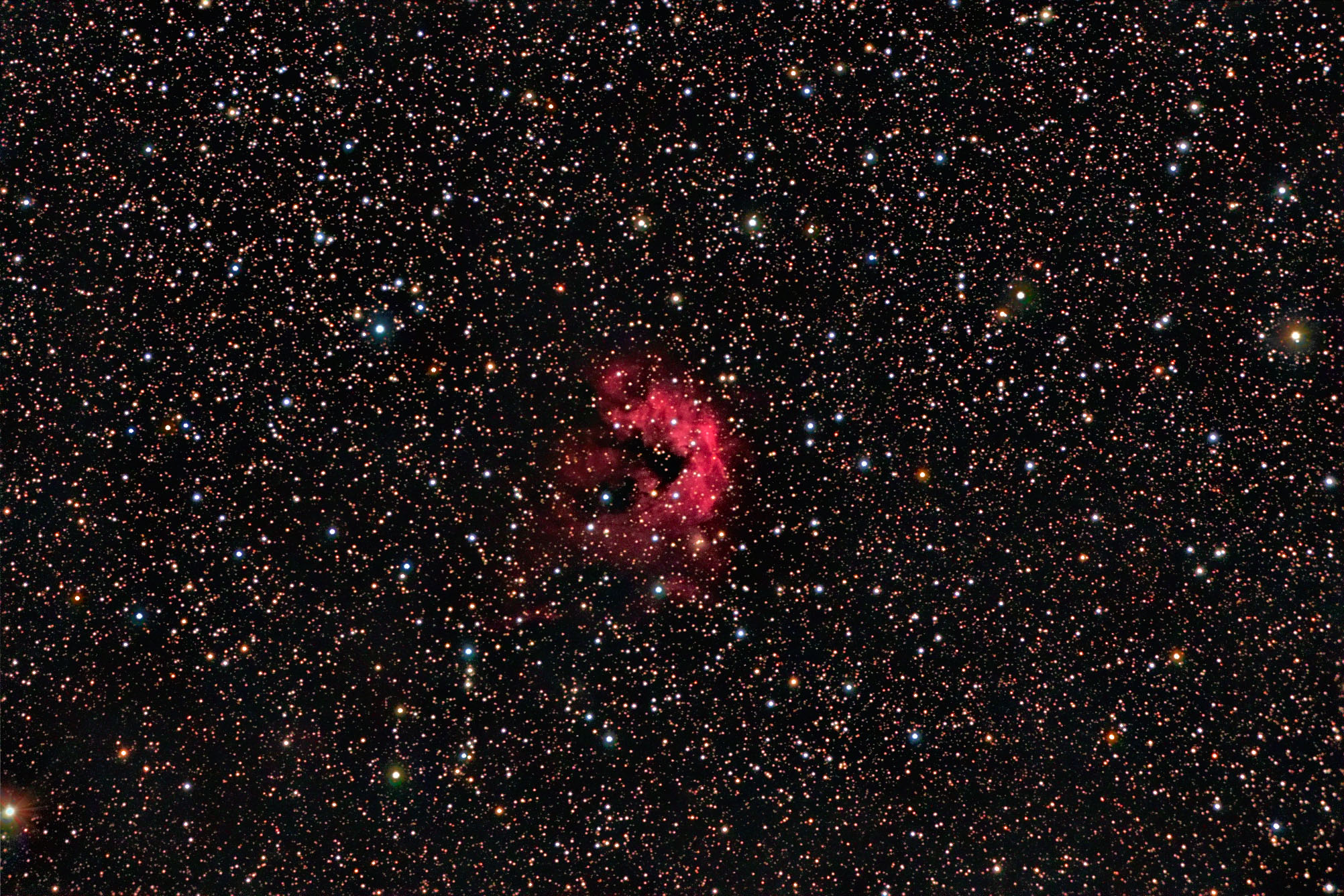