SH2-91/LBN147 is part of a huge supernova remnant in Cygnus. The remnant is sometimes called Cygnus\' other Veil Nebula. Like the Veil, it is a shockwave bubble traveling through space. You see the interstellar medium as it is shocked into visibility by the shock wave. The entire shock wave is some 3° by 4° in size and at its distance of 2,500 light-years is over 225 light-years across. Fainter parts of the shock wave are cataloged as SH2-94 and SH2-96. The remnant is known as SNR 065.2+05.7 and is thought to have blown about 20,000 to 30,000 years ago. I didn\'t find much agreement on its age. The bubble, while larger than the Veil is much dimmer. SH2-91 is rather easy to find thanks to HD 185735, an 8th magnitude M2III star directly under it. 5th magnitude Psi (12) Cygni is about 15 minutes north and just out of my frame.

Due to the vast number of stars around this one I gave up using the luminance frames. They were picking up far too many stars. Instead, I used 2 hours of H alpha data for the luminance frame. This cut the stars down many fold making it easier to see the nebula. Like the Veil this one has lots of OIII emission but not having an OIII filter I didn\'t pick up much of it except at the northeastern end where it only had OIII emission for the most part. There the blue data was stronger than the H alpha data so shows through slightly. In pure RGB the nebula was all blue but so lost in the stars I gave up trying to bring it out. Most OIII/H alpha images show the left side cyan from OIII and the right side pink from H alpha. Someday I\'ll get an OIII filter but for now, it will have to be pseudo-colored by the H alpha alone. The stars are colored solely by RGB data applied to the luminance of the H alpha data. 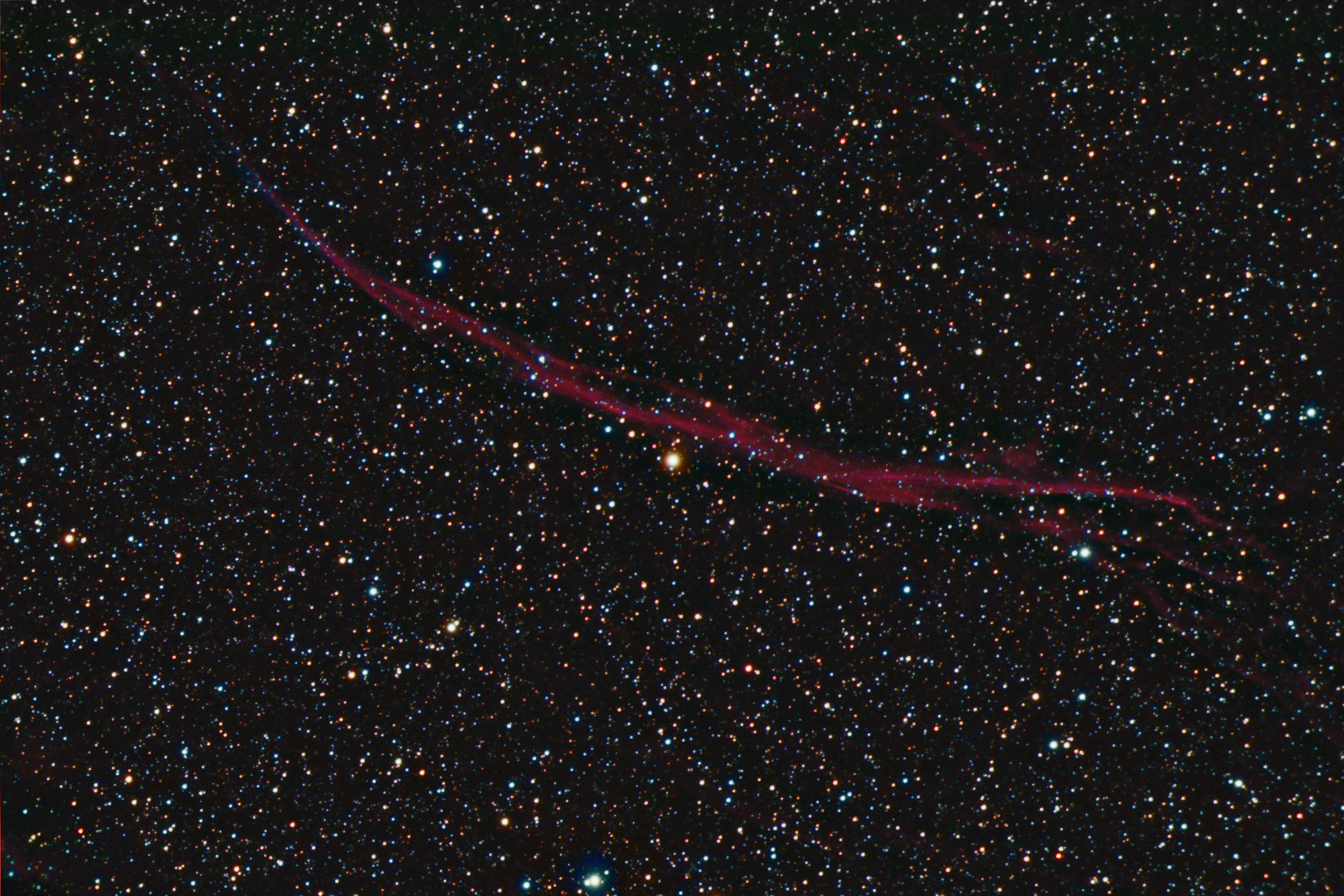