This nebula, mostly emission (red) with some reflection characteristics as well (blue) is located in Cepheus. It is part of the Cepheus B molecular cloud. The illuminating stars are considered to be HD 217086 at the top of my image, an O7 star and HD 217061 above center, a B1 star (very slightly smaller and cooler). IR images show a tremendous amount of star formation going on in the cloud (darker portions of my image). These are thought to be triggered by HD 217086. It is outside the cloud itself. Radiation from the star is thought to drive a compression wave into the cloud triggering star formation in the interior while blowing away the cloud\'s outer layers. Chandra/Spitzer observation in X-ray and IR light show this is happening. The region is thought to be about 2400 light years from us.

This is a reshoot of this object. I did it very poorly early in my digital career. It was time for a better effort. Still not what I wanted. I wanted a lot more color data but after two months of something preventing it I apparently gave up. Maybe I can get the needed data later this fall. For now, I put together what I had. I used the RGB data to try and bring out the reflection parts of the nebula and H alpha data to bring out the ionized hydrogen in the area (red). With too little RGB the hydrogen is dominating more than I wanted. Still, the reflection regions are sort of there. 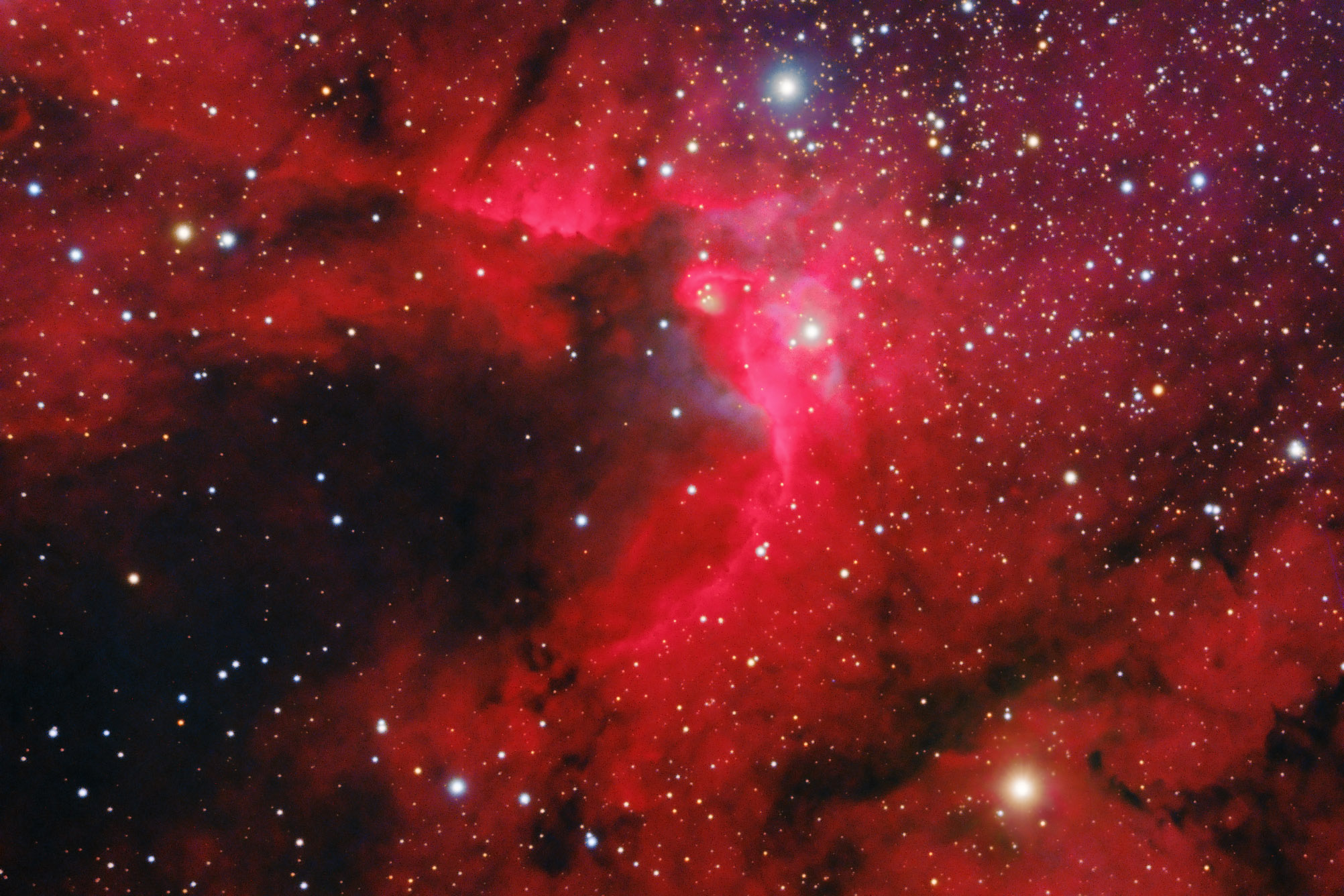