Sh2-157 is a rather bright but small emission nebula in a huge but very faint emission complex covering several square degrees of sky known as the Linds 11 group. It is located up near M52 and NGC 7510. In fact, part of the Linds 11 group reaches nearly to NGC 7510. Since it is far larger than my field I centered on the brightest portion sometimes known as Sh2-157b and LBN537. The nebula is estimated to be about 8,000 to 11,000 light years distant depending on which source you use. It is thought to be in the Perseus arm of our galaxy. It is located on the Cepheus-Cassiopeia border which runs through the western third of the image. 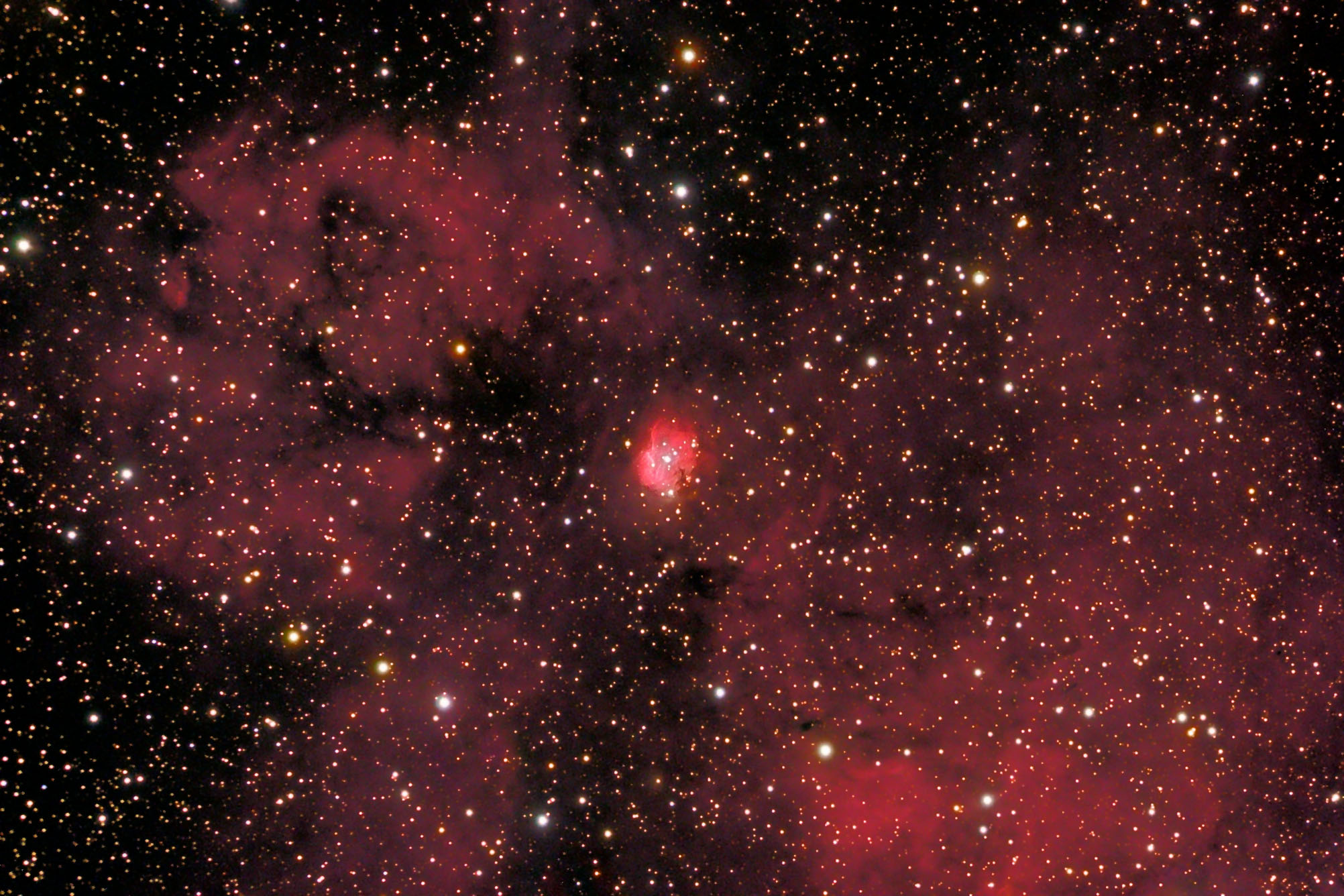