Sh2-171 (see also NGC 7822) is a star-forming region in Cepheus. It is also known as Ced 214. It is far larger than my field so I\'ve just picked a part of it including the star cluster Berkeley 59. APOD puts it at about 3000 light-years from us. Most images you see of this object are done using narrowband filters and the Hubble palette (SHO) in which SII (sulfur) is mapped to red, H alpha (Hydrogen) is mapped to green and OIII (oxygen) is assigned blue. I\'ve used LRGB with some H alpha added since it is the prominent component of the nebula. I\'ve tried to balance the colors to show what the eye would see if it were equally sensitive to all colors. In fact, the eye is most sensitive to green so the nebula would appear somewhat green to the eye if it were bright enough to register on our cones that see color. It is too faint to do this even in very large scopes so appears just as a faint gray smudge with the stars of Berkeley 59 dominating. 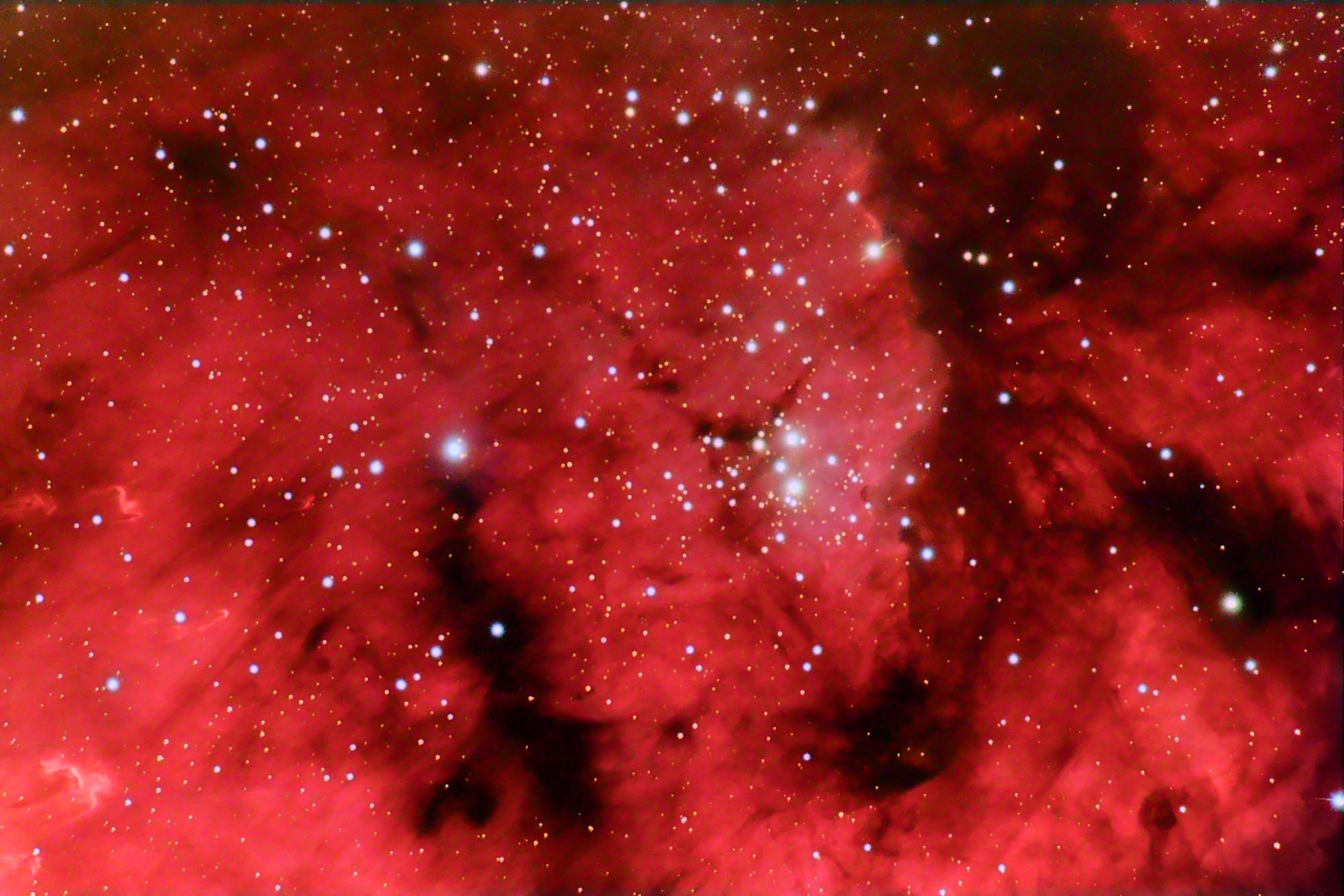