SH2-187 reminds me of an angry wolf spider about to bite. No legs, just big, wide open fangs seen face on. I really need to retake this one at a larger image scale, I used 3x3 binning probably to reduce exposure time as this is a very faint object. It is also known as LBN 630. The dark nebula around it is LDN 1317-18. Why it has both numbers I don\'t know. One distance estimate I found say it is about 4700 light-years distant and is on the outer edge of the Orion arm. The nebula is surrounded by a large cloud of neutral hydrogen with a mass of about 7600 suns. IR shows the nebula to hide a lot of newly formed stars. The nebula appears to have a strong reflection element to it, likely due to some of these stars. 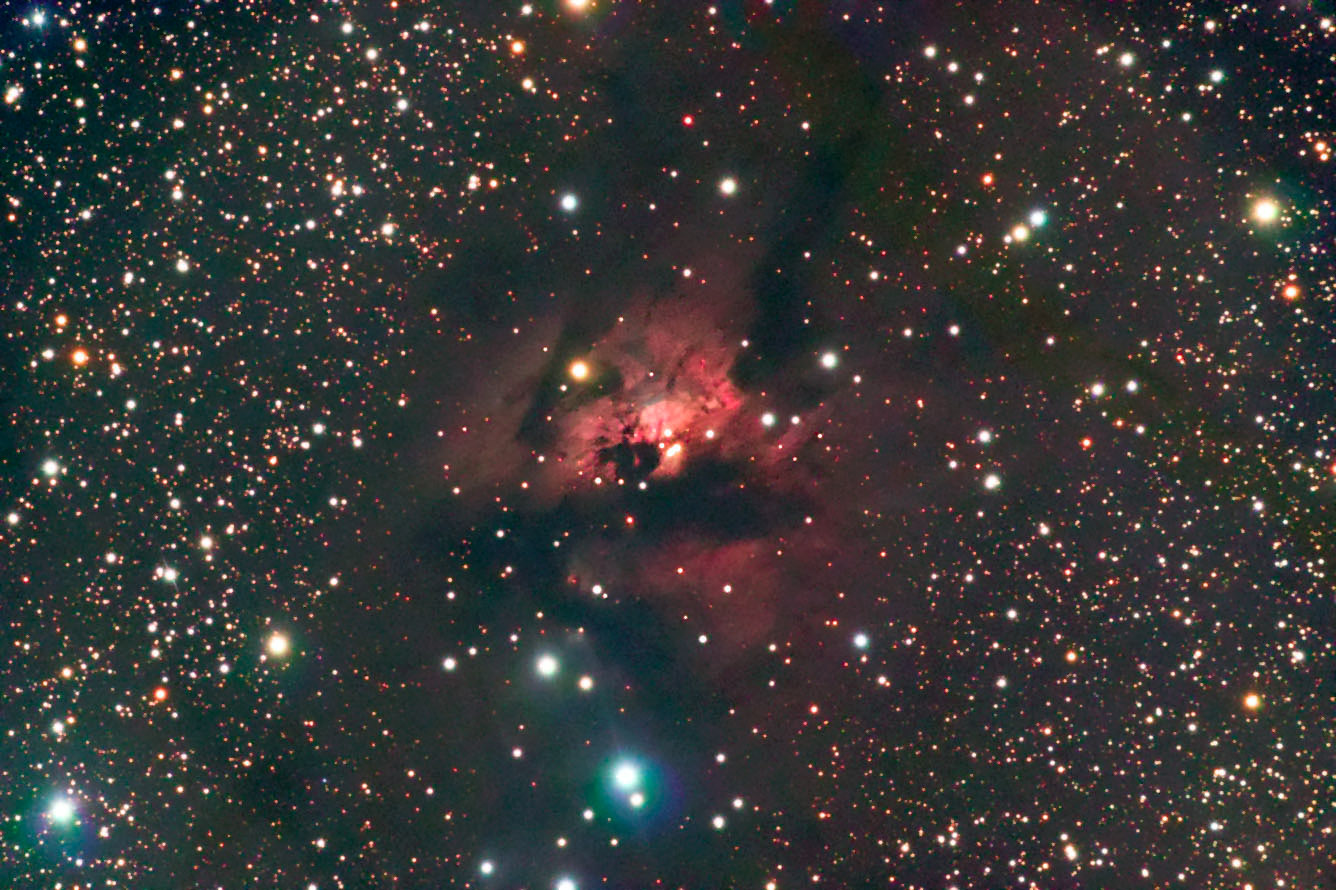