Sharpless 228 is also known as LBN 784. It contains a known infrared star cluster. Since I can\'t take images in infrared light it doesn\'t show in my shot. It is hidden by the dust of the nebula. What we do see in my shot is the ionized hydrogen on its surface caused to glow by super hot ultraviolet emitting stars that have escaped the confines of the nebula and are now causing the hydrogen on its surface to glow the characteristic pink color of ionized hydrogen. Sharpless 228 appears to be about 11,500 light-years away so is not a nearby object. An IR image of the cluster can be seen at:
http://arxiv.org/PS_cache/astro-ph/ps/0309/0309196v1.aa0009f2.jpg
With careful comparison you can match the stars in my image to the IR shot as the orientation, north up, is the same and the image scale is rather similar as well. 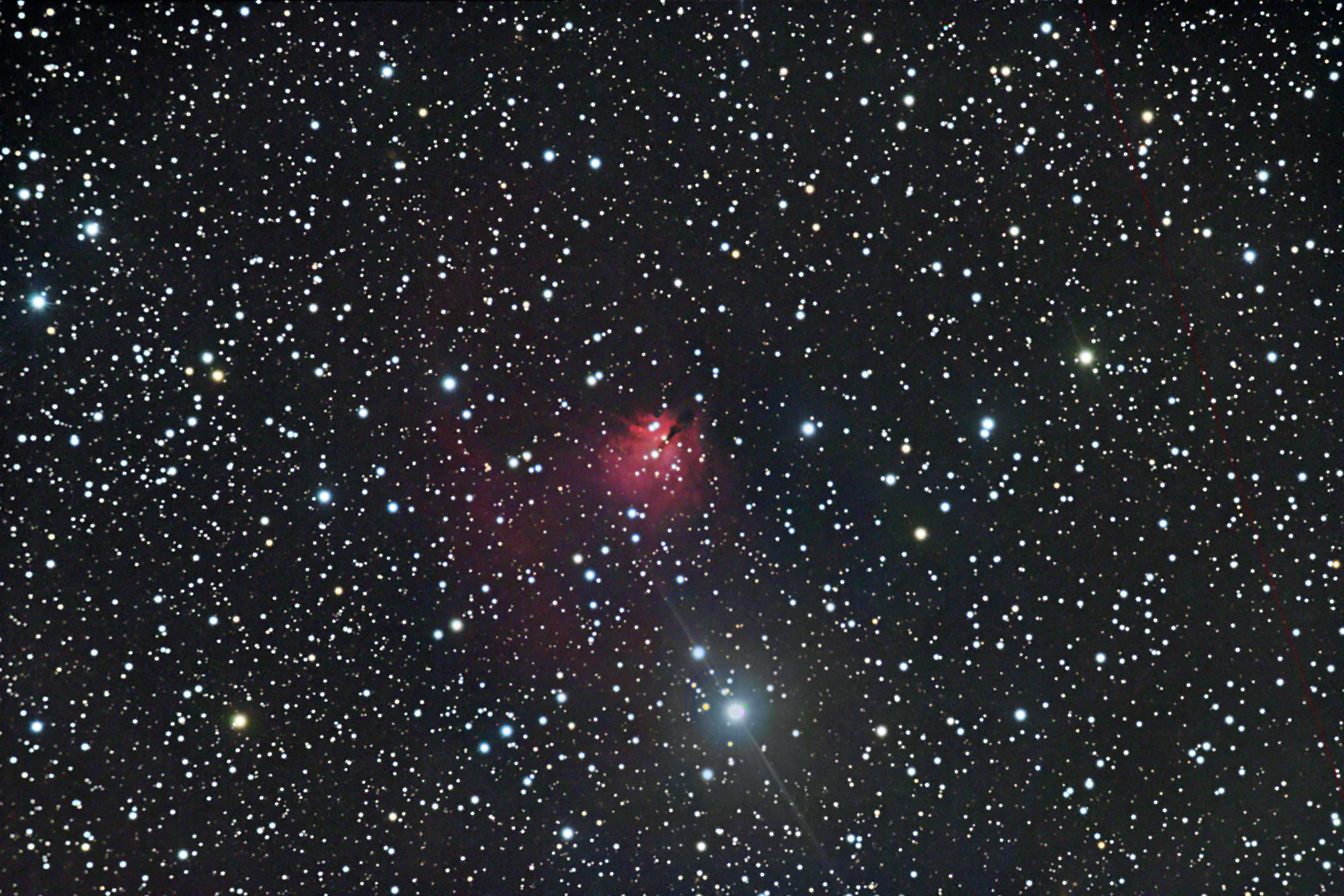