Sh2-261 also known as Lower\'s Nebula is an HII region probably illuminated by the O7.5 runaway star HD 41997. That is the bright blue star toward the top center of my image just above the brightest part of the nebula. I found distance estimates to the nebula ranging from 1000 to 3000 parsecs distant. If the closer is right it is part of the Orion arm of our galaxy. If the more distant ones are correct it is part of the Gemini OB1 complex. The Sky lists the Hipparcos data as showing the star to be 909 parsecs distant making it part of the Orion arm and not the Gemini OB1 complex quite a few papers seem to show it. Sounds like more work needs to be done on this one.

The nebula gets the name Lower\'s Nebula as it was photographed by an amateur father and son team (Harold and son Charles Lower) in 1939 with their 8\" f/1 Schmidt camera they\'d constructed a few years earlier.

The nebula is a huge squashed ring several times larger than my field of view. I just selected the brighter part of the bottom of the ring. It is best seen in H alpha light but it contains some reflection components around the illuminating star that I wanted to pick up so I used LRGB imaging without any H alpha added. Unfortunately, conditions were rather poor for this image with high clouds creating a glow around the brighter stars that I only sort of eliminated. It also reduced my ability to pick up the fainter parts of the nebula without more noise than I\'d normally tolerate. Probably another for the reshoot list that probably won\'t happen. 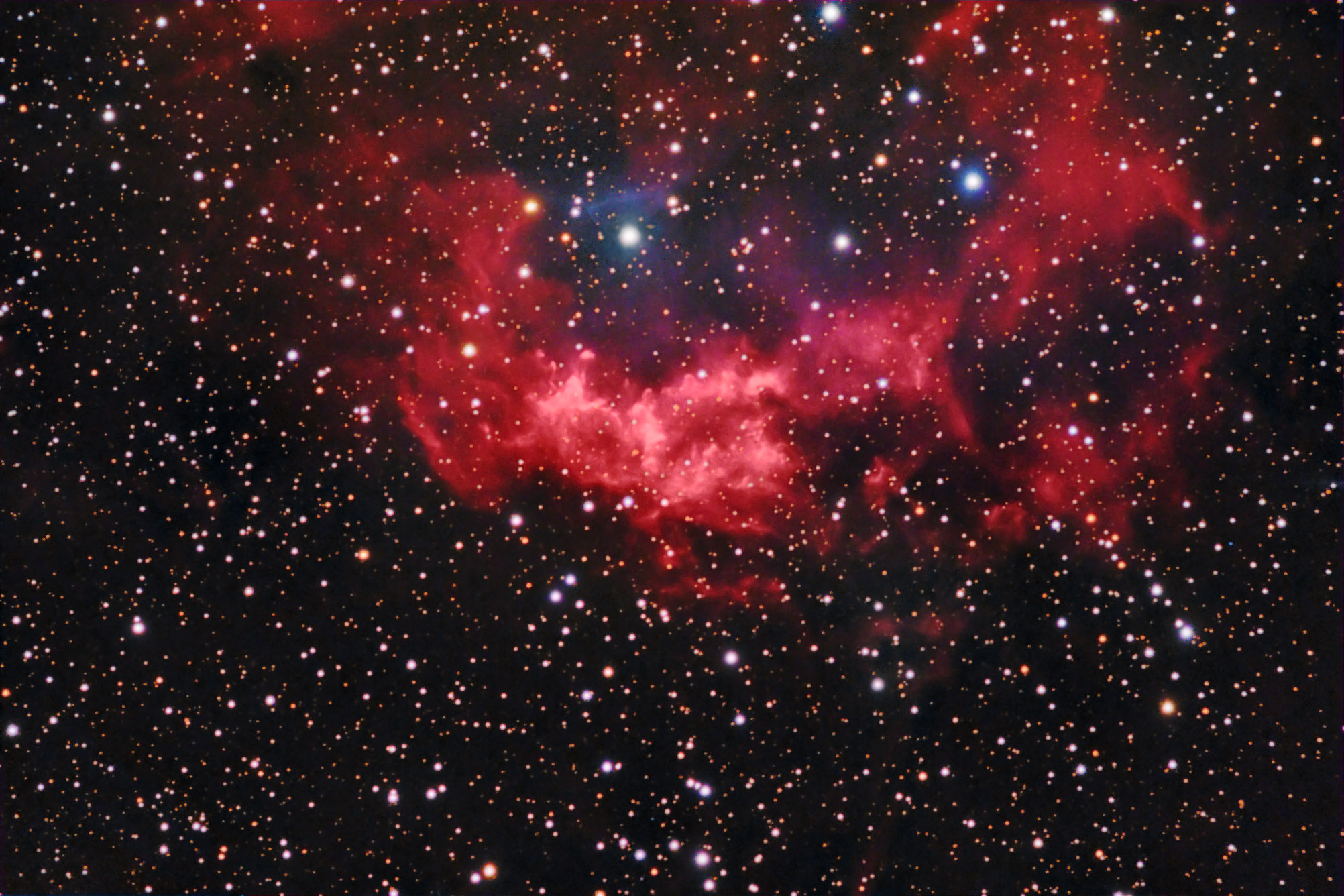