SH2-274 also known as the Medusa Nebula and Abell 21. Young planetary nebulae are small and usually blue but old ones are huge and red. The size is related to age since these are shells of gas puffed off when a red giant star runs out of fuel and the core collapses. The intense heat generated by the collapsing core pushes the outer envelope of the star away faster than its escape velocity so the gasses just keep going making an ever larger shell about the star. Eventually, these gasses run into the interstellar medium. When the star was still \"alive\" it blew a hole in the interstellar gases making a nice hole for itself. But when it died at became a white dwarf (actually they are so hot they are blue so the name is rather wrong) it could no longer keep the hydrogen and other gasses between the stars away and it slowly starts to fill in the \"hole\". At the same time the shell it blew off expands until it hits the more slowly moving incoming gases. The collision usually glows red. The color of HII emission caused by this collision. In this case, the bubble has hit the interstellar medium first on the left side. The right side as only hit a small amount of material so the bubble looks unsymmetrical. Since the blue \"white\" dwarf is pretty much in the center we know either the gasses blown off were less toward the right or they haven\'t yet made contact to any extent. The latter appears to be the case. As the planetary ages, the white dwarf cools and no longer has the energy to cause the gasses to glow on its own. In this case, some blue can still be seen mixed with the red indicating it is just barely able to excite the bubble to glow. The cooling of the star plus the increasing size of the bubble has reduced the radiation hitting the bubble to the point most of the glow is coming from the collision with interstellar gases. The \"white\" dwarf still shows strongly blue in color indicated it is still quite hot and it is mostly distance that has limited its ability to light up the nebula rather than its temperature. Seeing was lousy the night I took this image, much as it usually is this time of the year. Another for the reshoot list that never happens. 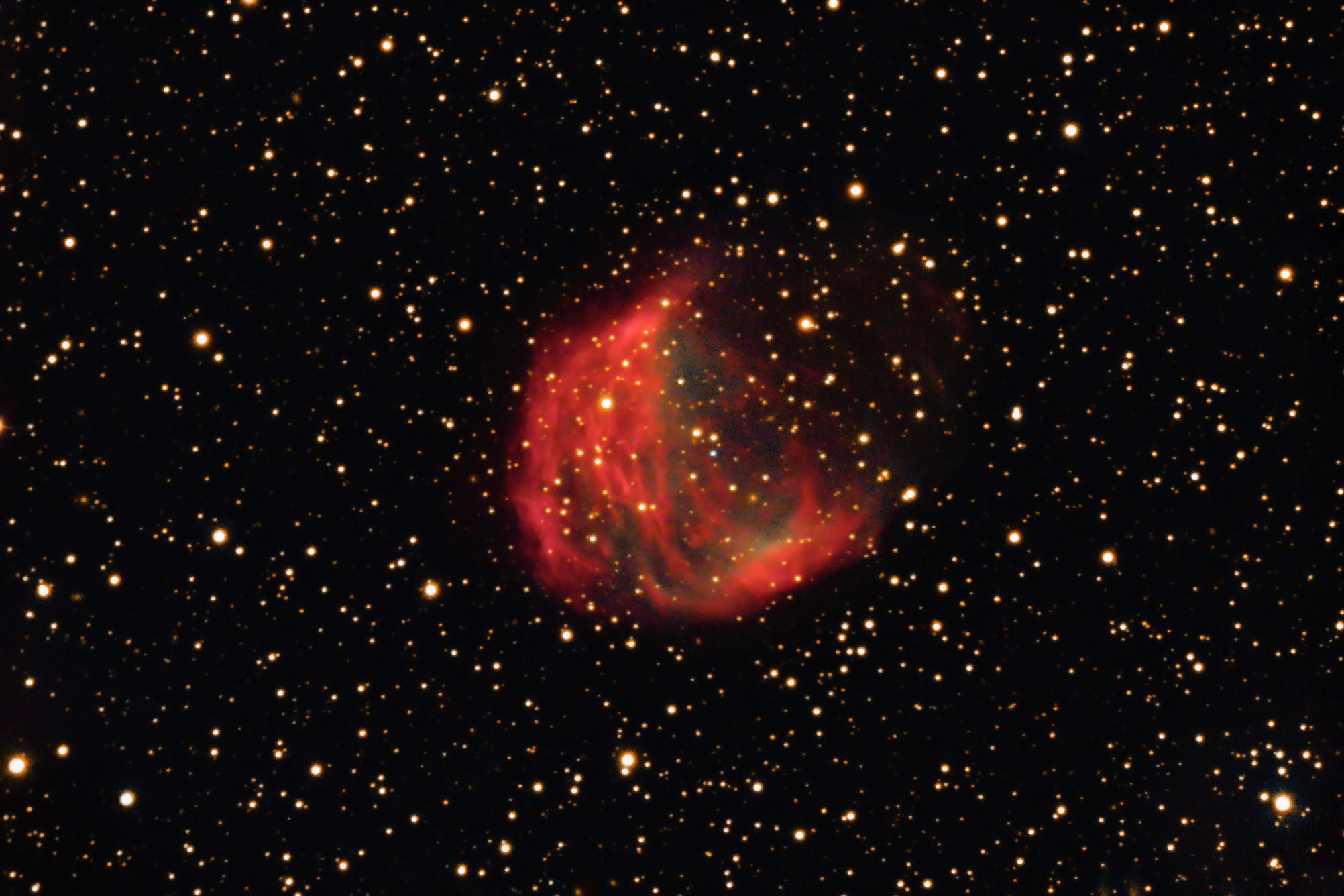