Shk 166 (Shakhbazian 166) is a chain of galaxies within the much larger galaxy cluster Abell 2247. It is located in Ursa Minor not far from Epsilon. It lies about 520 million light-years away. Since all of the galaxies in my image with redshift data are members of the group and cluster I didn\'t include distance information. A single flat plane estimate of its distance also comes up with the same distance, a surprisingly good agreement!

Abell 2247 is listed as having 30 to 49 members in a 3.25 degree circle. That\'s many times the size of my image. I\'ve labeled the center position in the Annotated image. Oddly the galaxy closest to the point has no redshift or other distance data at NED. This far north (81.6 degrees) there has been little study made on galaxies. In fact, the only listing for the blue galaxy above the Abell 2247 label is as an Ultraviolet source not even recognized as a galaxy at NED. I find a lot of interesting objects that lie out of the area of major studies and thus lacking information I\'d like to have. A case of too many galaxies for the few grad students available to study them. Especially when there are bigger questions to be worked on than just basic data collection.

Arp had a classification for galaxy chains like this one. But this wasn\'t one he included. Whether the chain, in this case, is real or just chance alignment due to our position in space is subject to debate. Like most clusters, it appears the galaxies have throttled down star formation so only red an dead galaxies are seen in most clusters, even those, like this, without a major central galaxy to serve as a gravitational center. Even the one spiral is made up of mostly old stars.

Romelia Shakhbazian (1926-2012) was an Armenian astronomer who cataloged compact galaxy groups, mostly not making Hickson\'s more limited list. Some like this one are dense portions of much larger galaxy clusters. I found only a few interested me enough to make my to-do file. I\'ve already posted Shk 1 and Shk 16. The latter as part of my effort to catch as many of Arp\'s entries as possible. It is Arp 330. A few more are still on the list but not yet taken. Maybe another year. Romelia died in 2012 at age 85 mostly unheard of by amateurs. 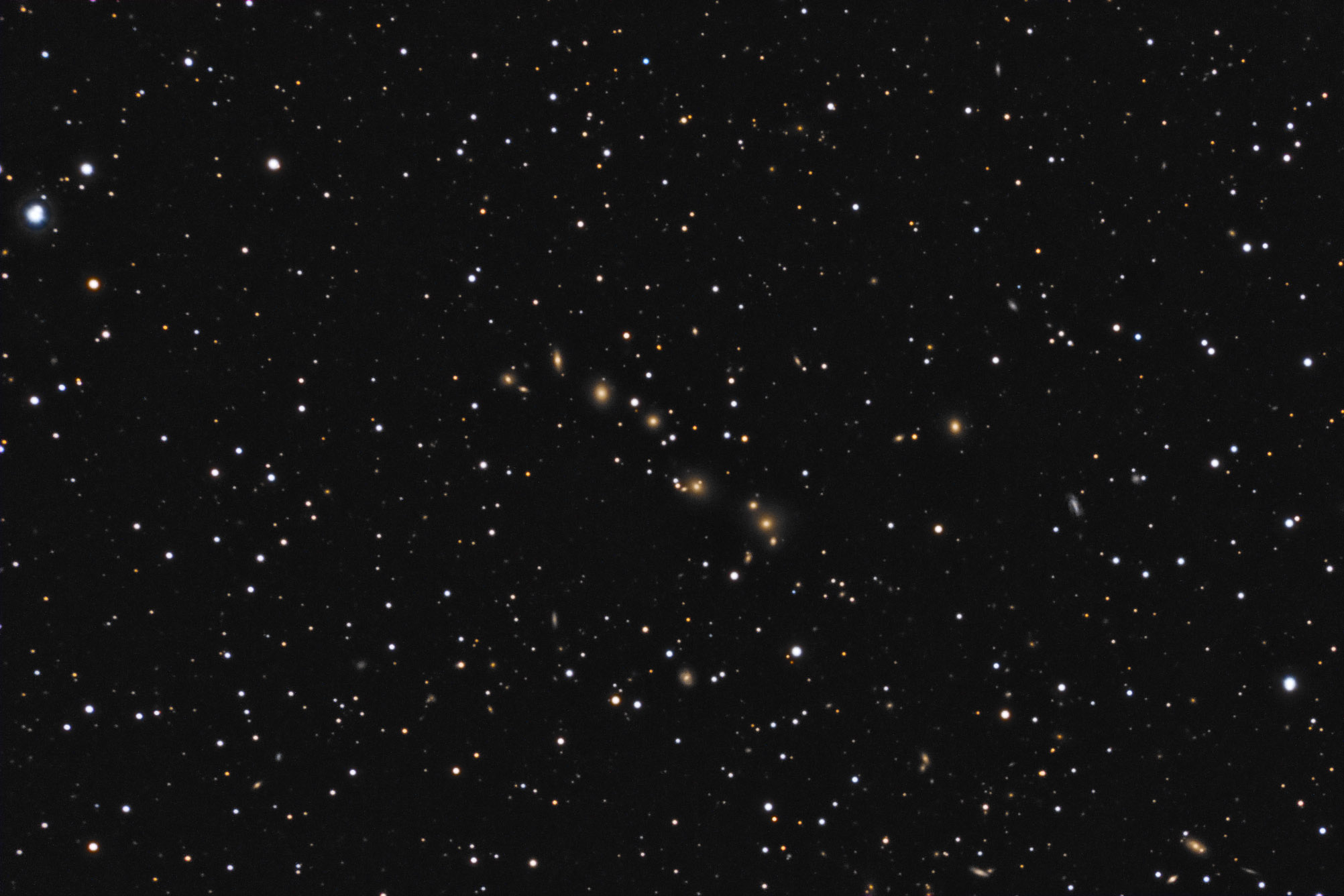 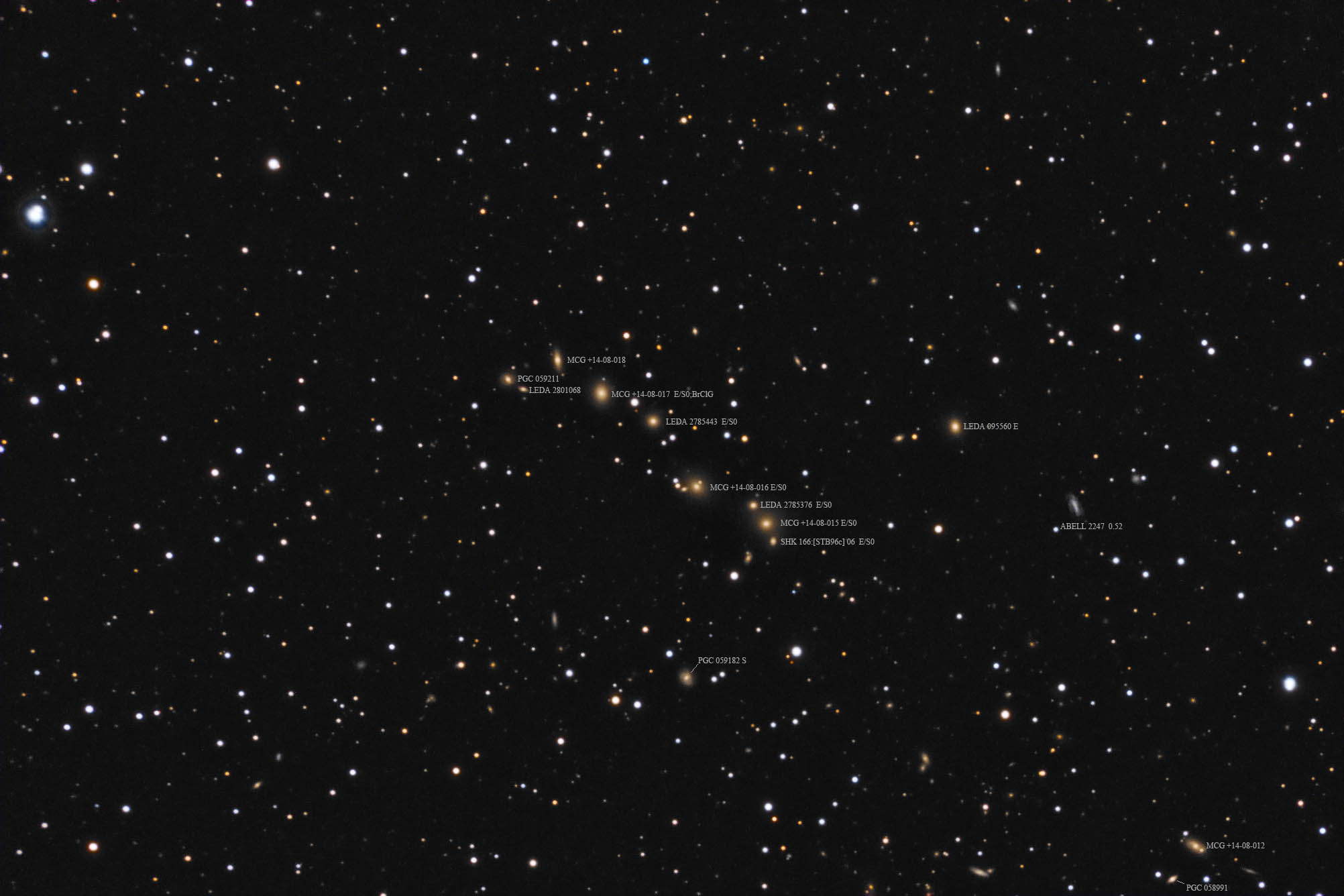