Deep in the Perseus Dark Cloud is the cometary reflection nebula GN 03.27.6. It is lit by emission line star LkHa 326. This is also a young stellar object candidate. The cloud is thought to be about 300 parsecs distant or about 1000 light-years. With the field deep in the cloud, it has a dark and dreary appearance, about like the weather I\'ve had trying to image it. Several other young stellar object candidates (Y*Oc) are in the field as are T Tauri stars (TT*). Both would be considered protostars still heated mostly by gravitational collapse rather than their yet to ignite nuclear furnace.

I wasn\'t able to find much on the field. Seemed many of the papers were behind paywalls. What I did learn about the field is shown in the annotated image.

I don\'t recall what drew me to put this field on the to-do list. Probably someones posted wide field of this area in which the cloud showed up as a small low-resolution object that peaked my interest. Usually, I note whose image that was but I failed to do so for this one. 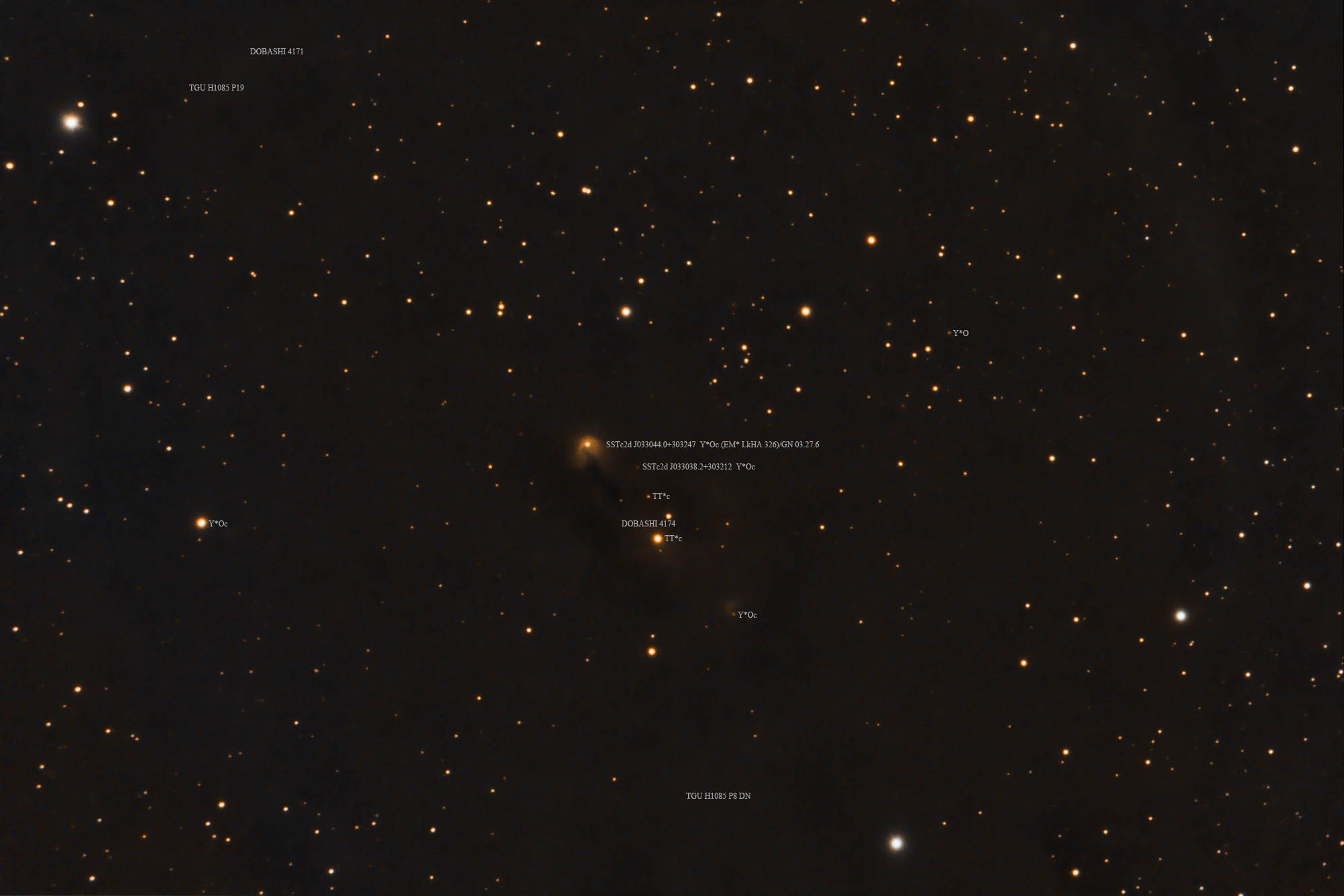 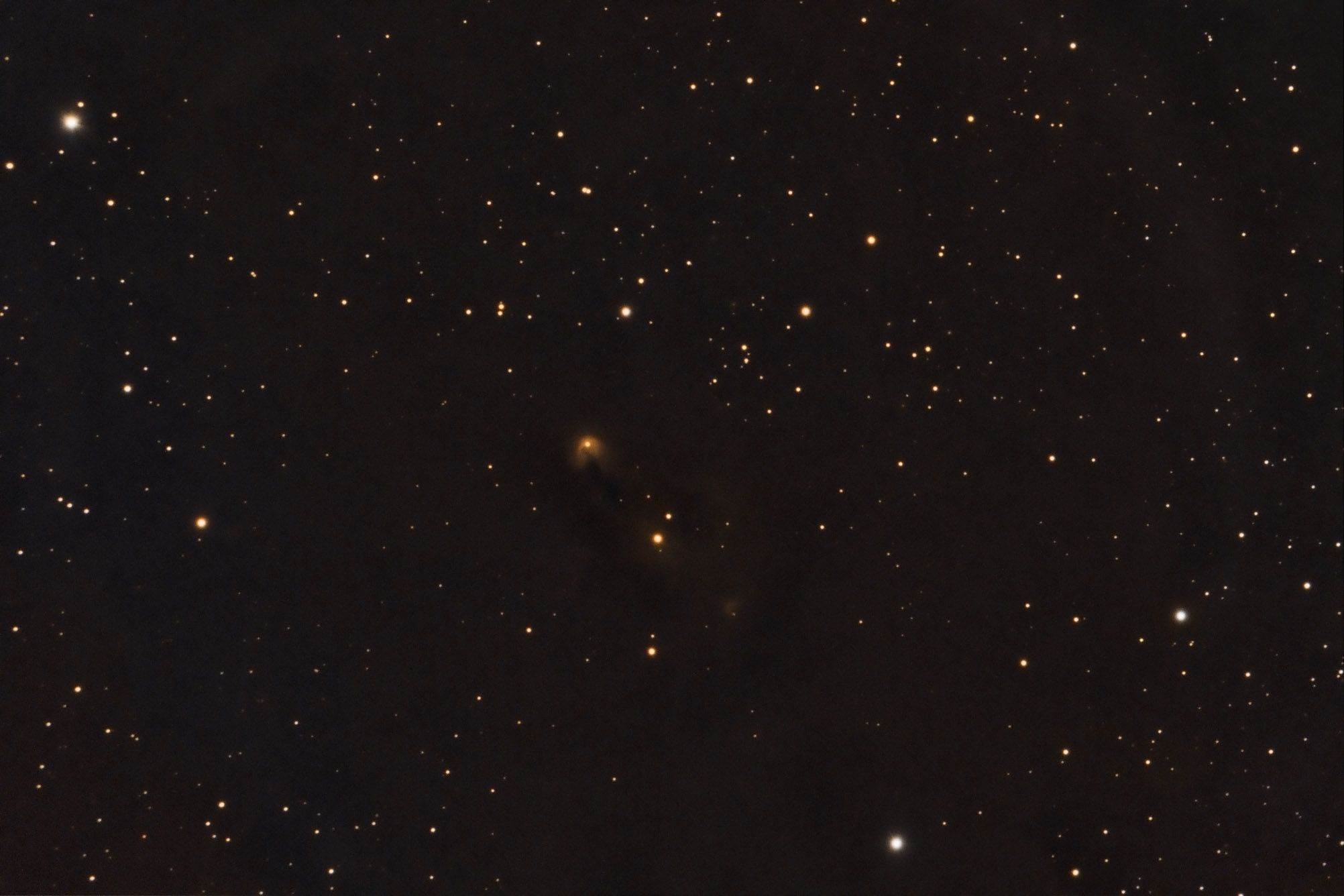