Stock 1 is a rather nearby open cluster in Vulpecula. It is about 1000 light-years distant. That means it is very spread out being seen so \"close\" to us. Most sources put it at about 45 minutes of arc across and my field can only do a bit over 32 horizontally and 22 vertically. I caught as much of it as I could. WEBDA puts its age at about 100 million years. Old enough its most massive stars O and B have died but the A and cooler stars are still very alive and make up the majority of the bright stars in the image. This was my first image after 2 months of horrid weather when I couldn\'t do a thing. During that time I see some gunk settled on the luminance filter creating some diffractive spikes around the brighter cluster stars. I took several images that likely all have this issue. I need to remove the camera and clean the filter. 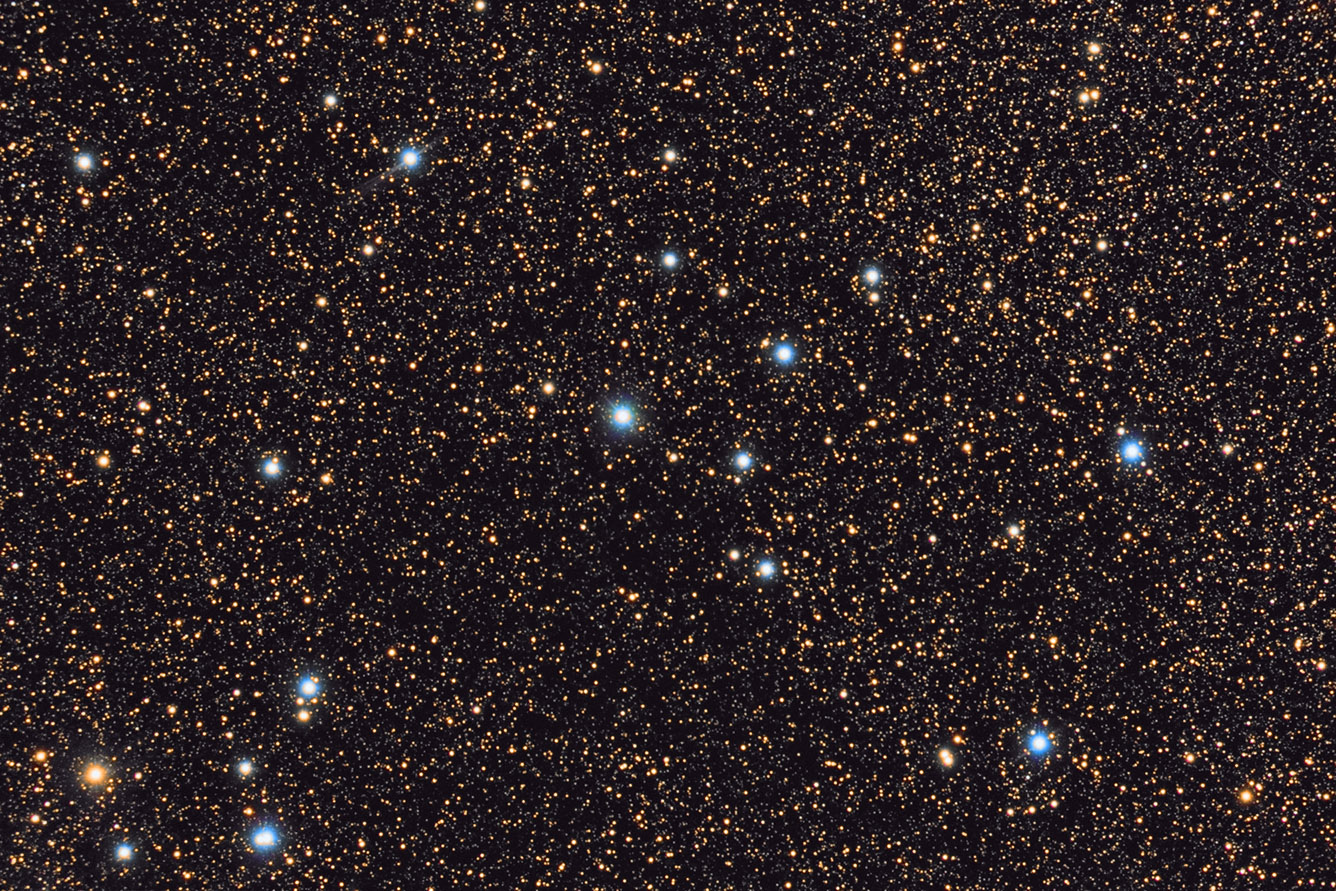