TGU H754 P5 is a very obscure reflection nebula in Cassiopeia. Though Simbad calls it a dark nebula which may refer to the dark nebula it is in and the reflection nebula is anonymous. Last fall I learned of it when the Italian amateur Orazi posted a wide angle image of northern Cassiopeia and southern Cepheus. (http://www.starkeeper.it/CassioCefeo.htm -- north to the right) He pointed it out in his very low-resolution image. It was only a faint smudge around an orange star. Still, I decided to add it to my to-do list. I tried for it in both December 2013 and January 2014 but both nights were very low in transparency. Still, by combining the two nights, I managed to get about the same S/N I\'d get with half that time on a typical night and was able to put this image together. The reflection nebula turned out to be a lot more interesting, to me at least, than I could have hoped for. It sits in a dark nebula DOBASHI 3524 which may be part of an interstellar medium cloud known as [SS62] 72. The illuminating star is GSC 4284-447 (also written GSC 4284:447 depending on the online catalog used). While its visual magnitude is 10.79 in IR it is over 100 times brighter (K band). It is apparently heavily obscured by the dust cloud it is illuminating. It would be a naked eye star not for the obscuring dust. 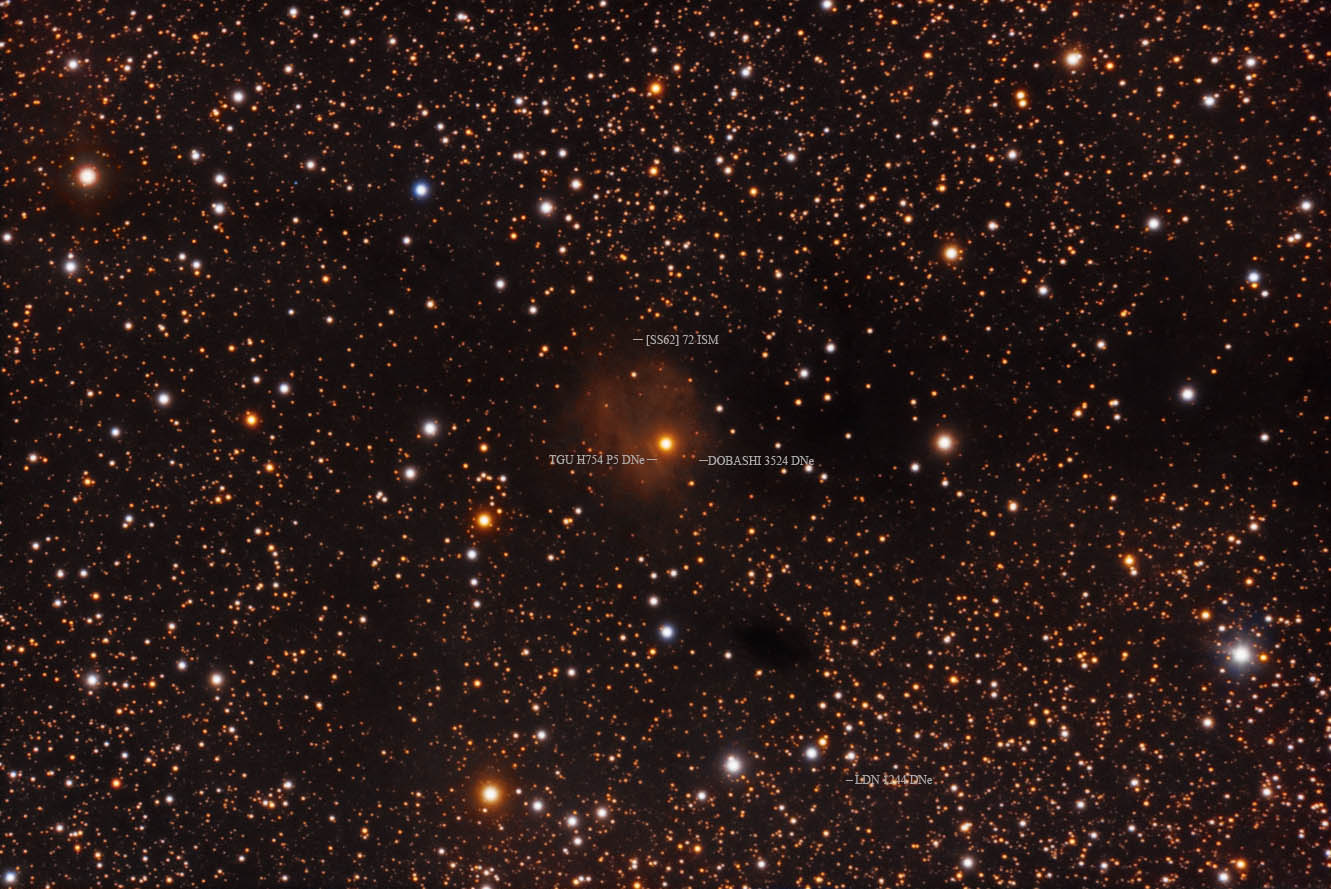 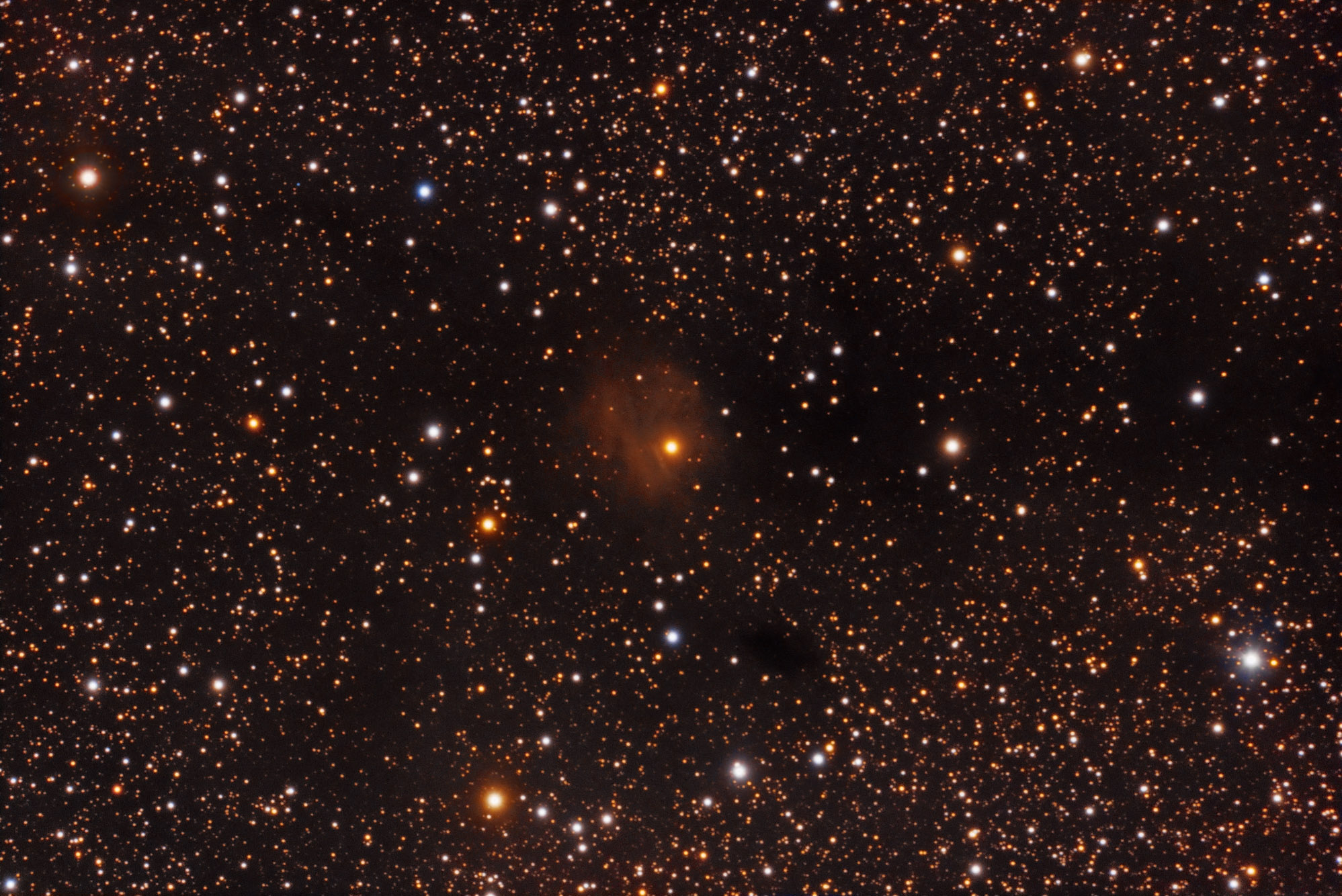