I\'ve been covering Arp Galaxies as time permits (I have several dozen waiting processing). They are usually very interesting but aren\'t the only interesting galaxies out there. Arp missed the Taffy Galaxies. No, they aren\'t named after someone named Taffy. They are named after the candy! They come in pairs as they are interacting galaxies. Only two pairs are known. Both discovered by the same team of radio astronomers. The first in 1990 and the second in 2002. The get the name from their appearance in radio \"light\" rather than visual light.

The link is to a Science News article in 2002 when the second pair was discovered that displays a radio map of the system superimposed on a visual image of them.
http://www.sciencenews.org/view/generic/id/2717/title/Heavenly_Taffy_Galaxies_in_collision
It will explain in more detail what is going on here. (Sorry, while the image is available the text is mostly behind a paywall now.) Simply the collision has created a magnetic field connection between the two along which neutral gas, mostly hydrogen, is found. These fields are being pulled much as taffy is pulled hence the name. Visually it isn\'t as interesting as the other Taffy Galaxy pair. I do see a very slight reddish hue between the galaxy much as that seen in some dark nebula. Does this indicate some dust is coming along with the neutral gas? I don\'t know. I\'d need longer exposures to tell for sure. This Taffy is three galaxies all at the same distance and thus forming their own local group. Only two are involved with the collision, however. Note the color difference in the \"innocent\" galaxy. No massive star formation is going on in it as is going on the two that collided. They are, east to west (left to right), UGC 816, UGC 813 and the innocent MCG+08-03-011. All are about 230 million light-years away. While they are somewhat distorted they don\'t have the long tidal arms usually associated with galactic collisions. But the core of 813 is double showing it took a direct hit by the collision that was too rapid for tidal arms to develop though the ends of both are obviously distorted. 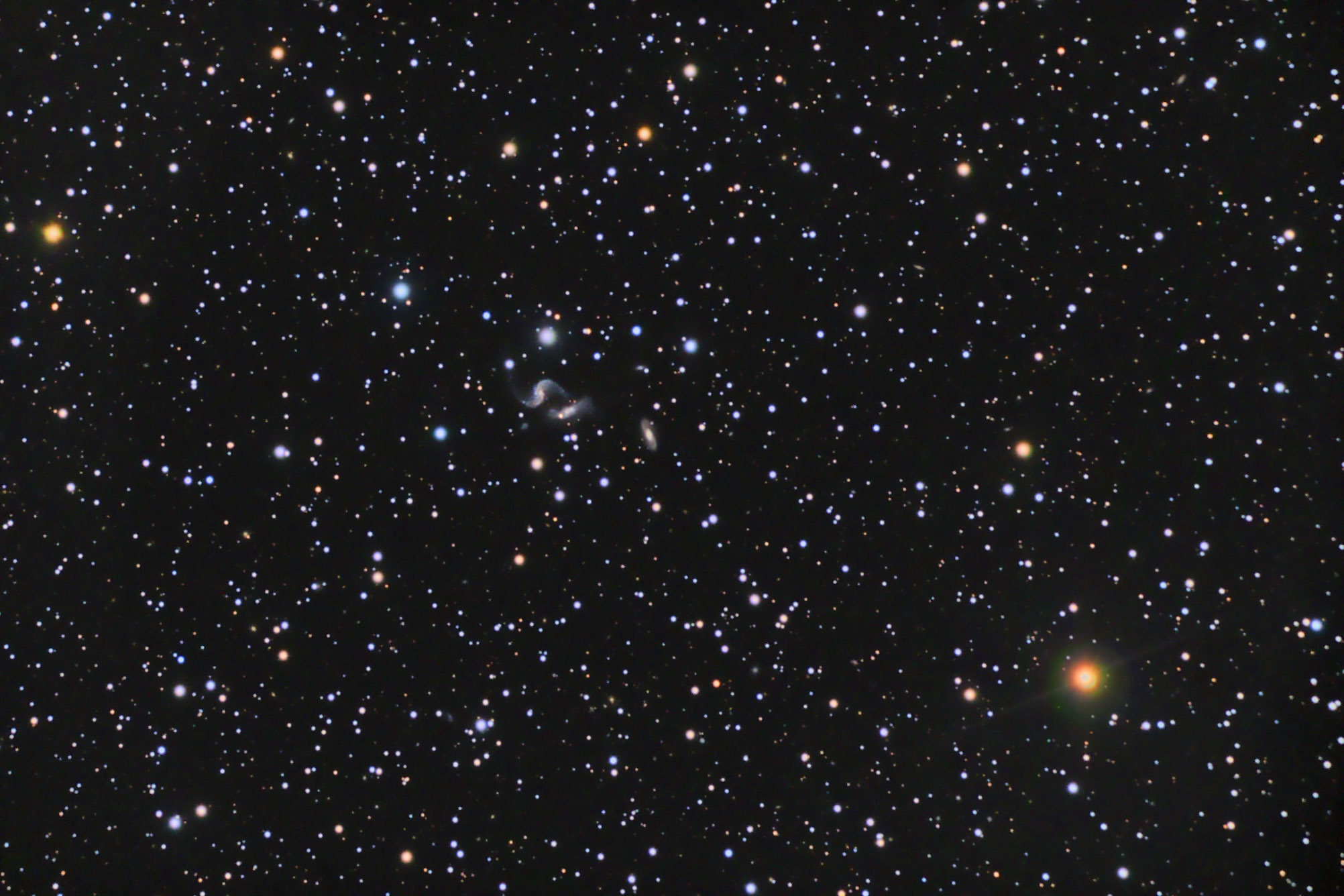 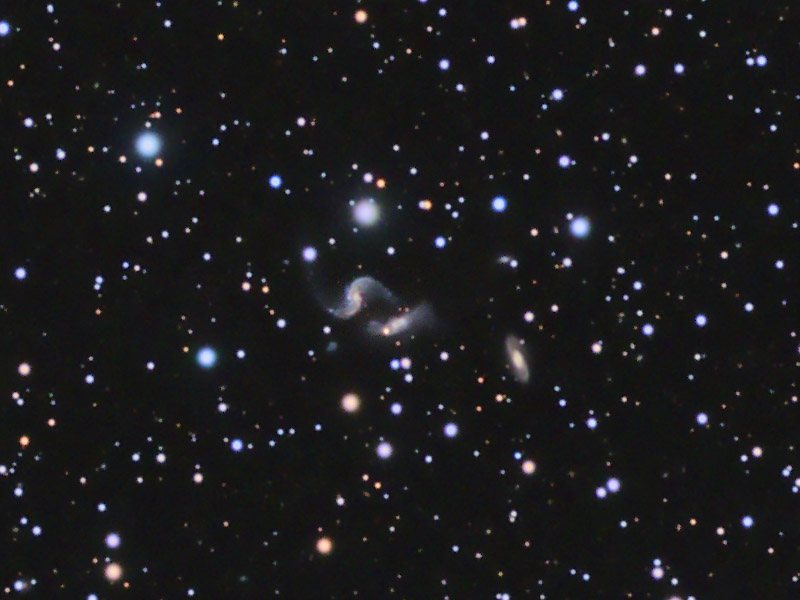