UGC 2023 is a very faint irregular galaxy in eastern Triangulum. Its distance is rather vague. Redshift says 17 million light-years while Tully Fisher says almost twice that, 33 million light-years. I don\'t trust such close redshift values so will say the larger value is likely closer to being correct but the error bar is quite high. NED classes it as Im?

When I was researching NGC 925 which lies about 1.25 degrees west I found it too had a redshift of about the same as UGC 2023 and was listed with widely varying distances centering on about 30 million light-years. Yet there were several others with similar redshifts arguing for half that distance. As I mentioned with NGC 925 neither seem to have the resolution I\'d expect for the closer distance. Still, the common redshift would at least indicate they are likely part of a group. The group may just be moving as a unit away from us more slowly than expansion redshift alone would be.

NED has no redshift for any other galaxy in the field. This is a little studied area. There\'s an interesting very flat galaxy to the north-northeast of UGC 2023 that\'s quite blue. It\'s not listed in NED. It points down and to the left toward what appears to be a string of very distant galaxies, likely a cluster following the line started by the flat galaxy and ending with a red S0 looking rather \"bright\" galaxy, at least bright for this field. I found nothing on the distant galaxies. The red galaxy is 2MASX J02340198+3332226 but it doesn\'t even have a magnitude estimate or anything else useful.

I am a bit puzzled by an odd star in the upper left quadrant. It has a very unusual red ring around it. I\'ve had some deep red stars have red halos but this is an H alpha red, very different from the red halo I occasionally see around red stars due to seeing issues. The star is TYC 2328-1008-1 with a B-V of 0.55. That\'s a rather white star (our sun is 0.66), far from red like the halo. It is listed in SIMBAD at a V magnitude of 12.43. My quick and dirty measurement says 12.44 while The Sky says it is 11.4. I can\'t explain why The Sky and SIMBAD don\'t agree but this is very common. In any case, with my magnitude and SIMBAD\'s the same, it would seem nothing odd is going on so what is it with the red halo? I can\'t find any color images of the area. The POSS 2 plates do show it a bit brighter in red than blue light but I see no sign of that odd halo I picked up. Could be just dirt on a surface I suppose. I want to retake the color data this year (taken September 30, 2011) and see if it reappears. So far the weather hasn\'t cooperated.

The entire field seems to have a faint hint of galactic cirrus. I\'ve picked it up in other images in this area. 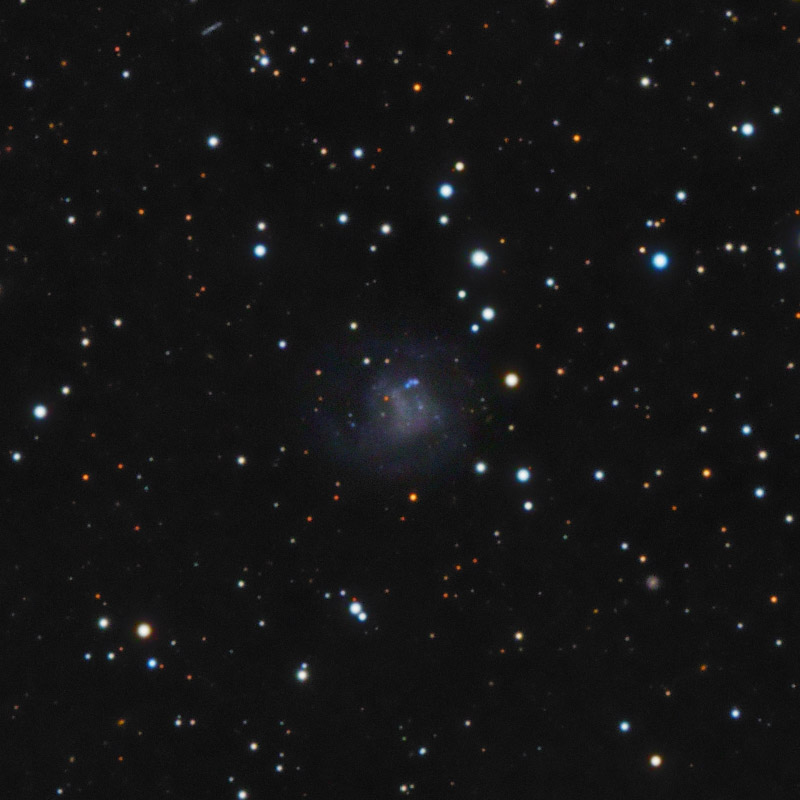 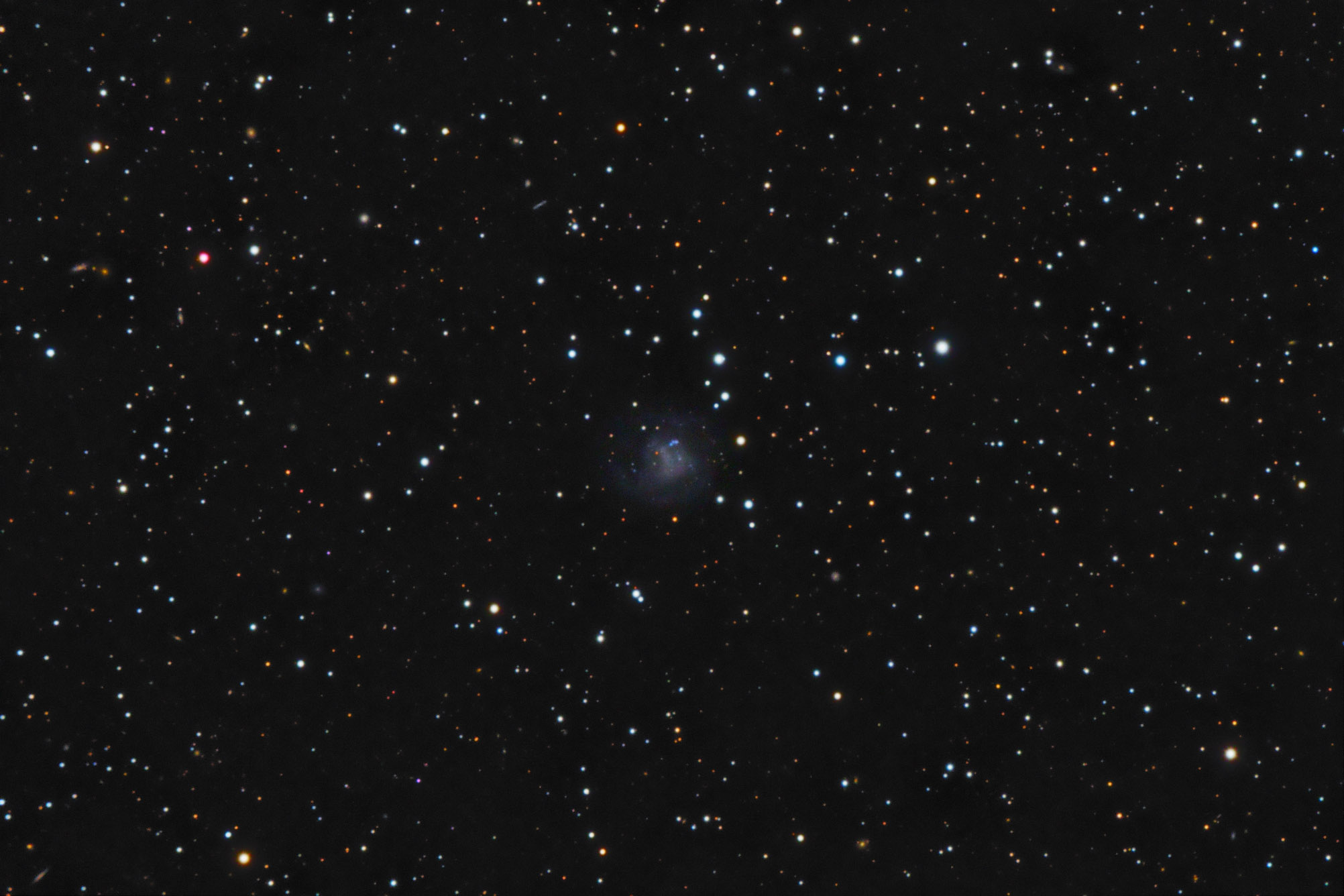