FGC 0364/RFGC 0634/2MFGC 02411 is a flat \"ghost\" galaxy in northeastern Cassiopeia about 110 million light-years distant. NED classifies it as Sdm. Assuming that is its distance it is some 140,000 light-years in diameter. Now that is a big spiral. Yet it is exceedingly faint, almost ghost-like for an edge on spiral. There\'s a lot of IFN throughout the field but I can\'t imagine it is dimming the galaxy to any great extent. But just looking through the disk of the galaxy to see this one is likely dimming all distant galaxies including this one. Still, this may be what a low surface brightness galaxy looks like seen edge on. There\'s no obvious dust lane nor core region to this galaxy. Just a very thin disk of a size sufficient to make three flat galaxy catalogs. It is also known as UGC 2411 and PGC 011282. It is listed as a radio source, HIJASS J0258+75, so must harbor some activity making it a radio strong galaxy.

It is the only galaxy in the field with a known redshift or even a magnitude estimate. Therefore I didn\'t bother to include an annotated image. In fact, there\'s little else of interest in this rather lonely part of the sky. Transparency was poor when I took this image and the sky very bright with a low level aurora. That limited the IFN I was able to pick up. I tried for more data but the sky gods had other ideas. The data from several other nights was so bad I didn\'t even save it. Someone with better skies should be able to do a much better job on the IFN as well as the galaxy. I have it on the reshoot list but we all know that a reshoot is highly unlikely as I have far too many objects still waiting their first attempt at my capturing their photons. 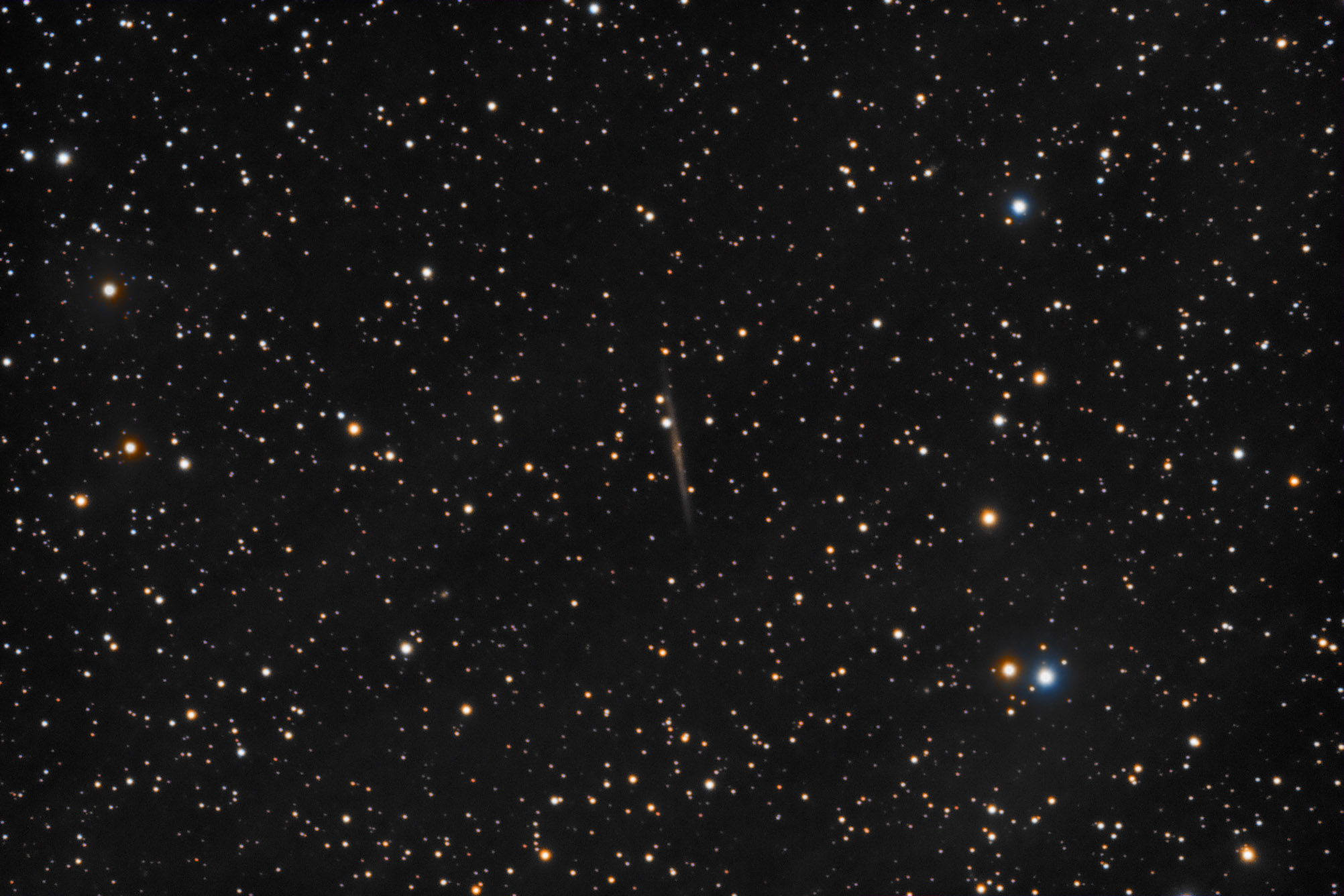