UGC 4596 is an interesting ring galaxy in Cancer about 1.6 degrees east of M44, the Beehive cluster. It is about 440 million light-years from our galaxy. The outer ring is quite large, about 160,000 light-years across. NED Classifies it as (R)SA(r)0+. The gap between the inner disk and the ring appears void but has a distinctly red color indicating there are old stars there, just that they are too faint to be easily seen. Most ring galaxies of this type lie at great distances making it impossible for me to pick up detail in the ring. This one is close enough that some detail is seen. I wish I knew what causes this form of a spiral but unfortunately, I found no papers on this galaxy so have nothing more I can tell you about it. Some say it is due to a precise collision though examples don\'t quite fit ( https://www.youtube.com/watch?v=4kxk62PNHlc ). Others say it is an accretion event ( https://en.wikipedia.org/wiki/Ring_galaxy ). It does appear to have a companion galaxy, LEDA 1602485, to the northeast with a similar redshift. It is about half the diameter of UGC 4596 at 73,000 light-years. Still a respectable size for a spiral galaxy. NED gives no attempt to classify it or any other galaxy in the field. I\'ve annotated all with redshift data at NED.

The field contains two candidate quasars that appear quite likely to be true quasars just waiting for verification. They are noted as QC in the annotated image. There is also one confirmed quasar noted as always by Q.

The field also contains 3 asteroids. Their information is shown in the annotated image. 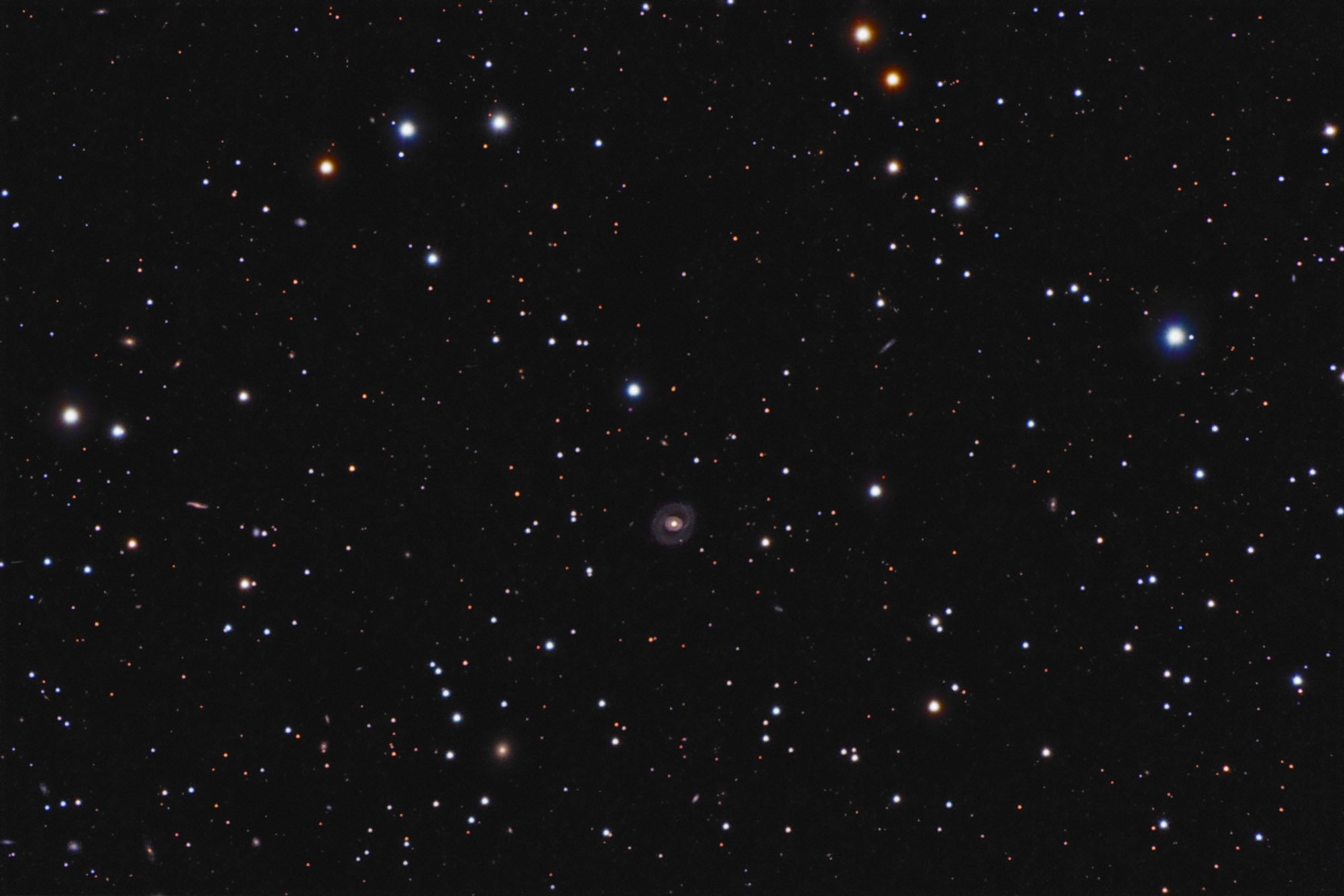 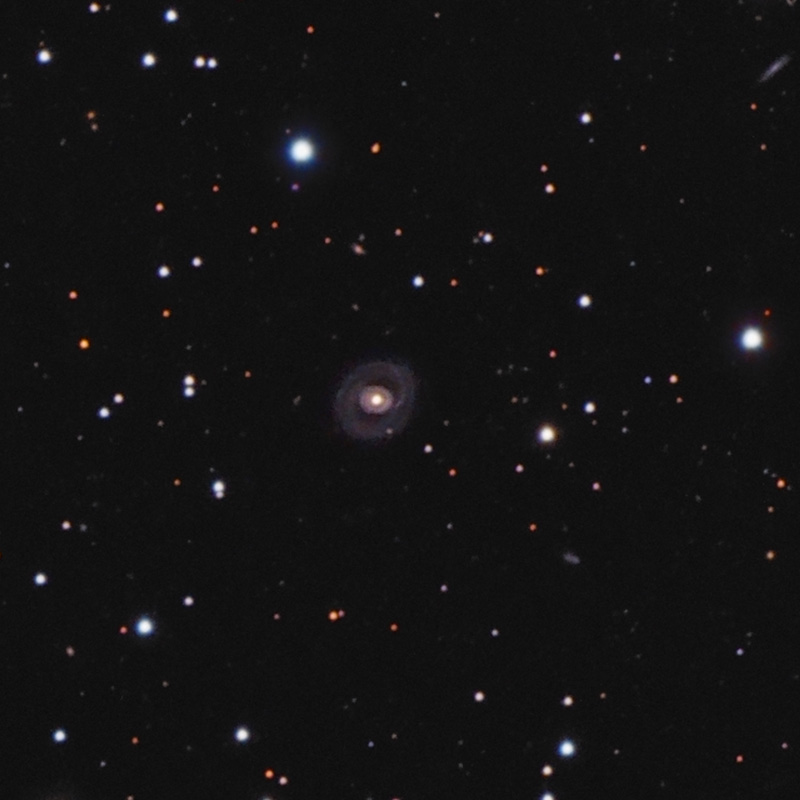 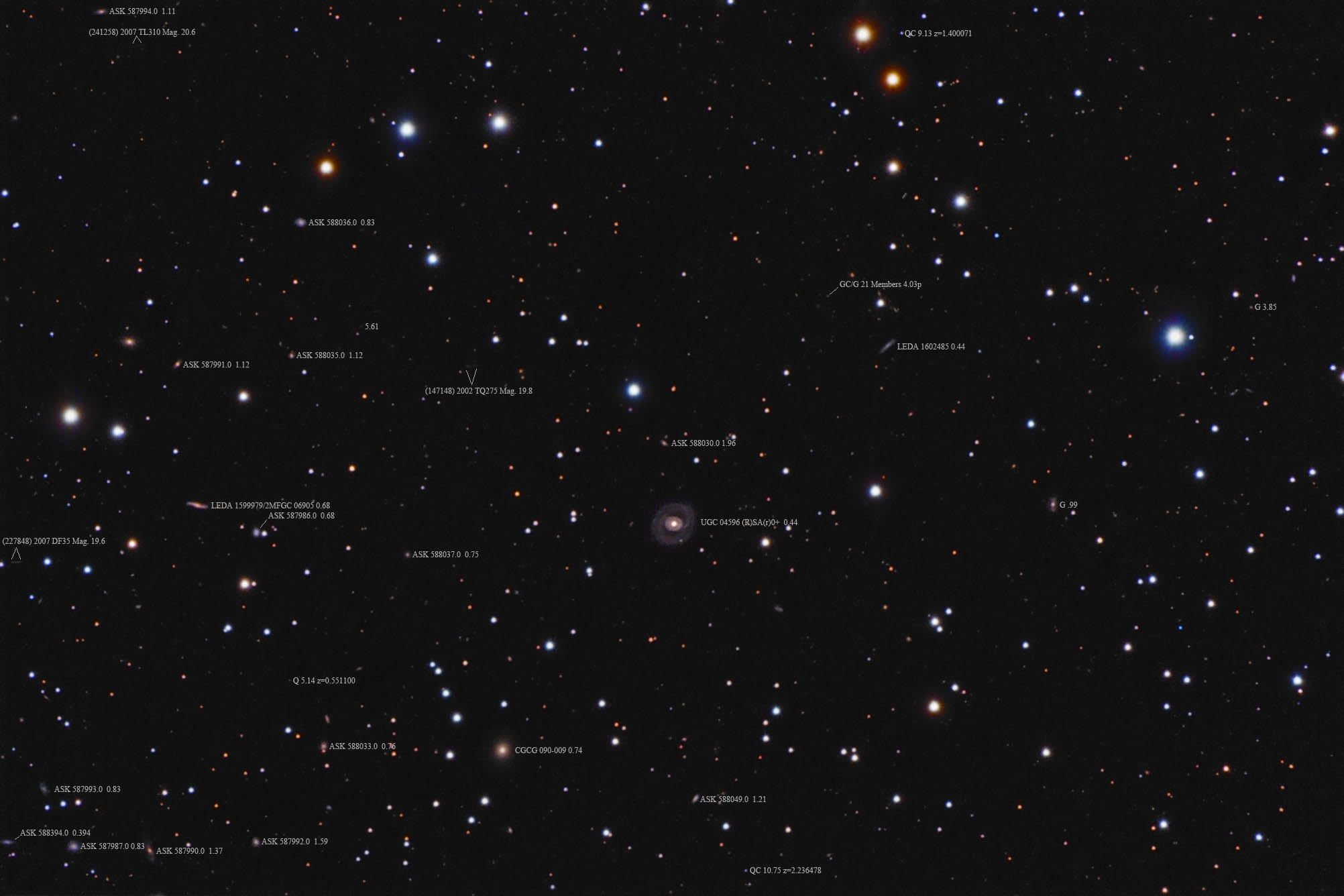