UGC 5340 is also known as DDO 68, VV542 and PGC 28714 as well as a lot of other designations. I\'d call it the Seahorse Galaxy. It is a blue compact dwarf galaxy by some and Irregular Magellanic type dwarf by others. I can\'t fathom the compact classification. Also puzzling is the VV542 designation as that is a catalog of interacting galaxies but where\'s the one it is interacting with? If it was a compact dwarf something disrupted it into the spread out mess we see today. One note at NED asks: \"Companion to Leo A?\" That can be easily answered no as it is 10 times more distant than Leo A (aka Leo III). Also, I can easily resolve Leo III into hundreds of stars but can\'t see any in this galaxy. Leo III is some two degrees north of this galaxy as well. To me, this galaxy has a slight resemblance to a seahorse though the head is wrong. The annotated image shows only one galaxy in the field closer than 1 billion light-years and that one is barely under that limit. NGC 3068/Arp 174 is just out of the field to the east. I\'d moved UGC 5340 west expecting to pick it up but somehow was 5 minutes off in my pointing. Fortunately, I had already taken Arp 174 years ago. It really is a pair of interacting galaxies. 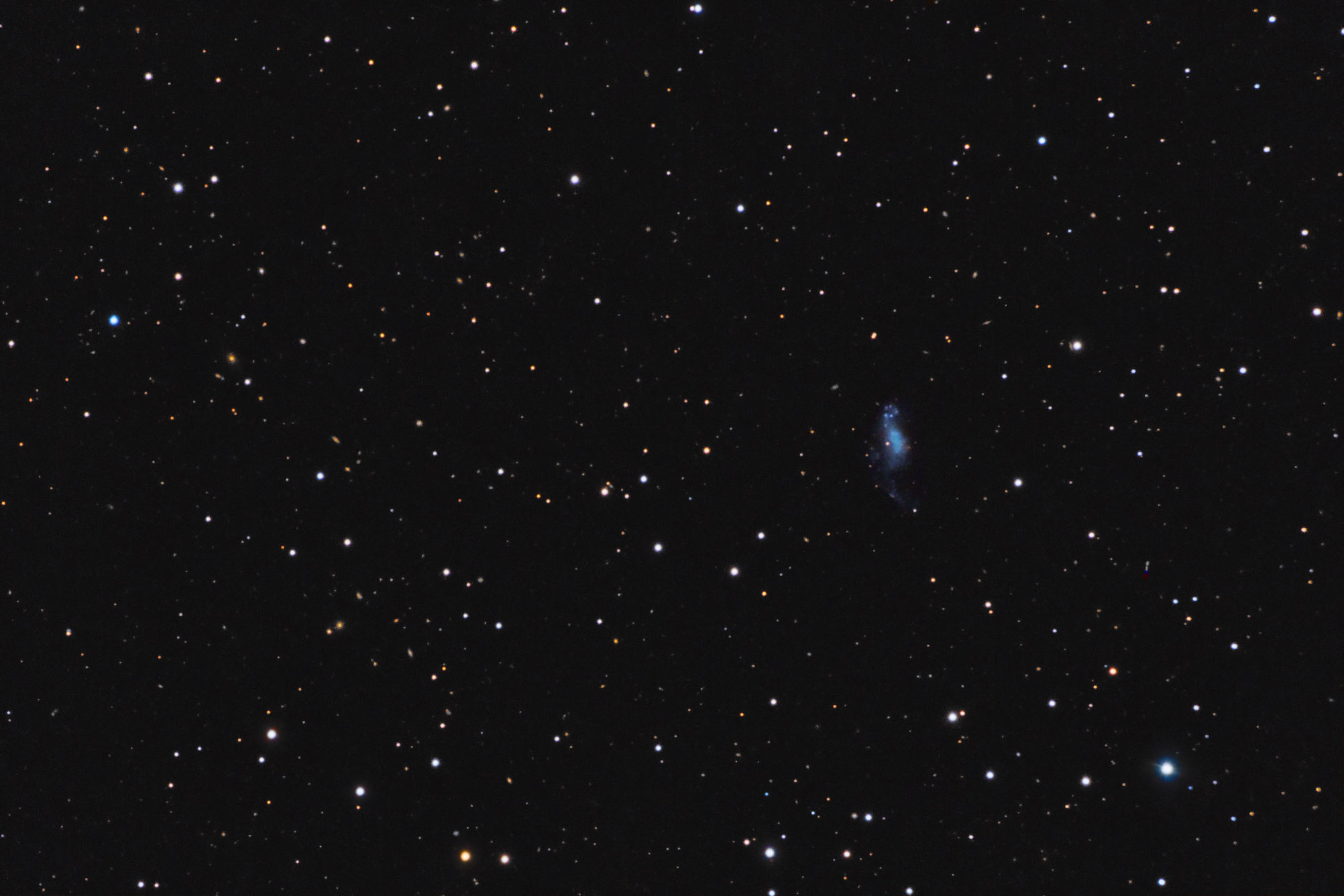 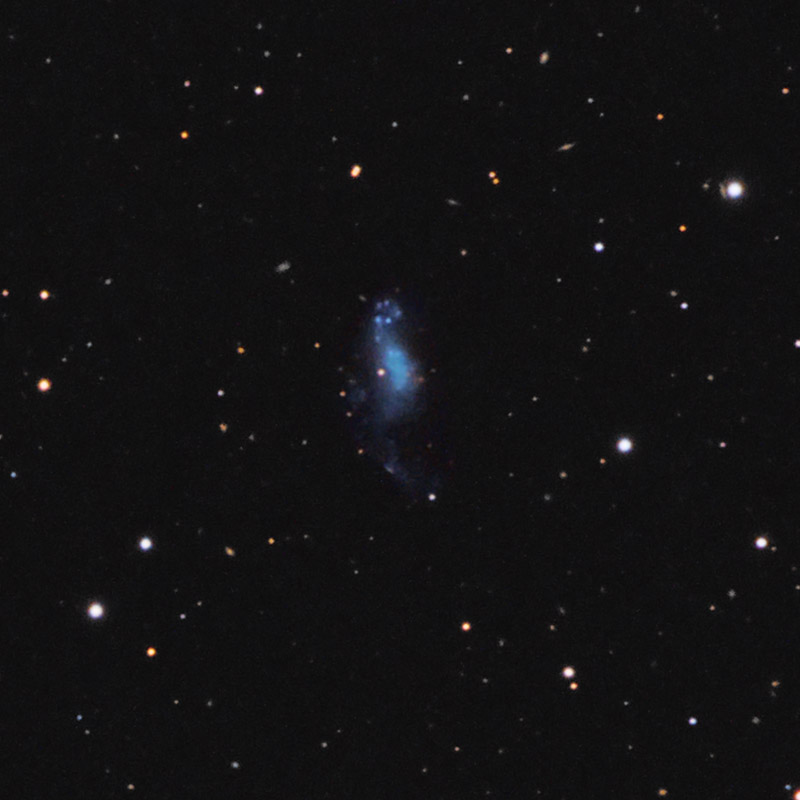