UGC 5497 is a blue compact dwarf galaxy that is a member of the M81 galaxy group so very close to us. But being a dwarf very small. While it has been known for some time has made the UGC in 1973 it wasn\'t until 1999 that it was recognized as a nearby dwarf galaxy. You can read more about this discovery and see the HST image of it at: http://www.spacetelescope.org/images/potw1224a/ The HST image was taken using a red filter and an infrared filter so the color image is pseudo-color at best assigning blue to red and red to infrared. This makes it appear bluer than it really is since both green and blue stars are assigned the blue color in the HST image. Both redshift and a single tip of the red giant branch measurement give a distance of 12 million light-years. To take the TRGB red and IR images are needed so I suspect this measurement was made from the HST image and explains why it was made at those frequencies.

I\'ve mentioned before how fuzzy the edge of a galaxy can be. This is easily seen in the HST image where nearly every star is resolved. The stars just thin out making it hard to determine which is the last one and which is just a field star in our galaxy. My measurement gives a size of a bit under 1 minute of arc but the HST image shows it out to at least 1.1 minute which is the value NED and other sources use though I see stars that likely belong to it even further out than that size would indicate. Using the 1.1 minute size and 12 million light-years for its distance its actual size would be 3,800 light-years with most of its stars confined to a smaller 2000 light year diameter area -- a dwarf indeed.

Since it wasn\'t much of a galaxy and is in a rather lonely part of Ursa Major I placed it low in the field to pick up a couple more distant galaxies to give something other than stars to look at in the image. They aren\'t much but this is a rather uninteresting part of the sky only 5 degrees south and a bit east of M81 itself. The field turned out to have 4 quasars and 9 quasar candidates. At 64° north, it\'s not surprising no asteroids are in the image though I did have to remove some orbiting space junk that tried to sneak into the frames.

The night I first tried to image this galaxy it clouded up. My cloud sensor was dying and told me the clouds were too thick but never shutting down. This caused the entire series to be retaken again with the result it was too cloudy. By this time I\'d discovered the issue. It turned out the first night did have nasty clouds but they didn\'t hurt significantly the luminance and one red frame. The second night had good transparency but poorer seeing, especially when it came to the color frames. I ended up using the one red and all luminance frames that first night and everything from the second so my exposure times are not what I ordinarily would have used. Still, thanks to the lousy transparency it doesn\'t begin to go as deep as usual. 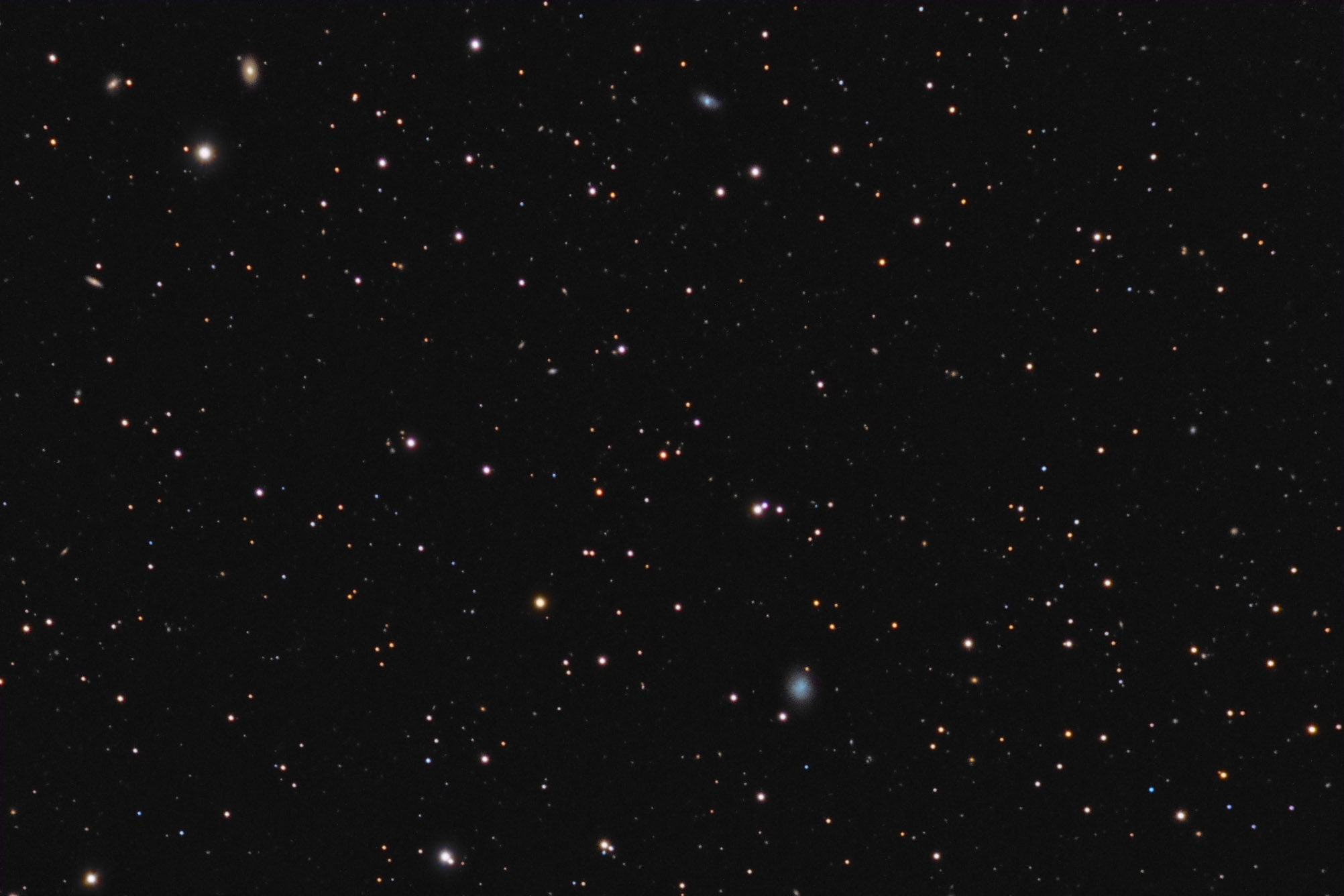 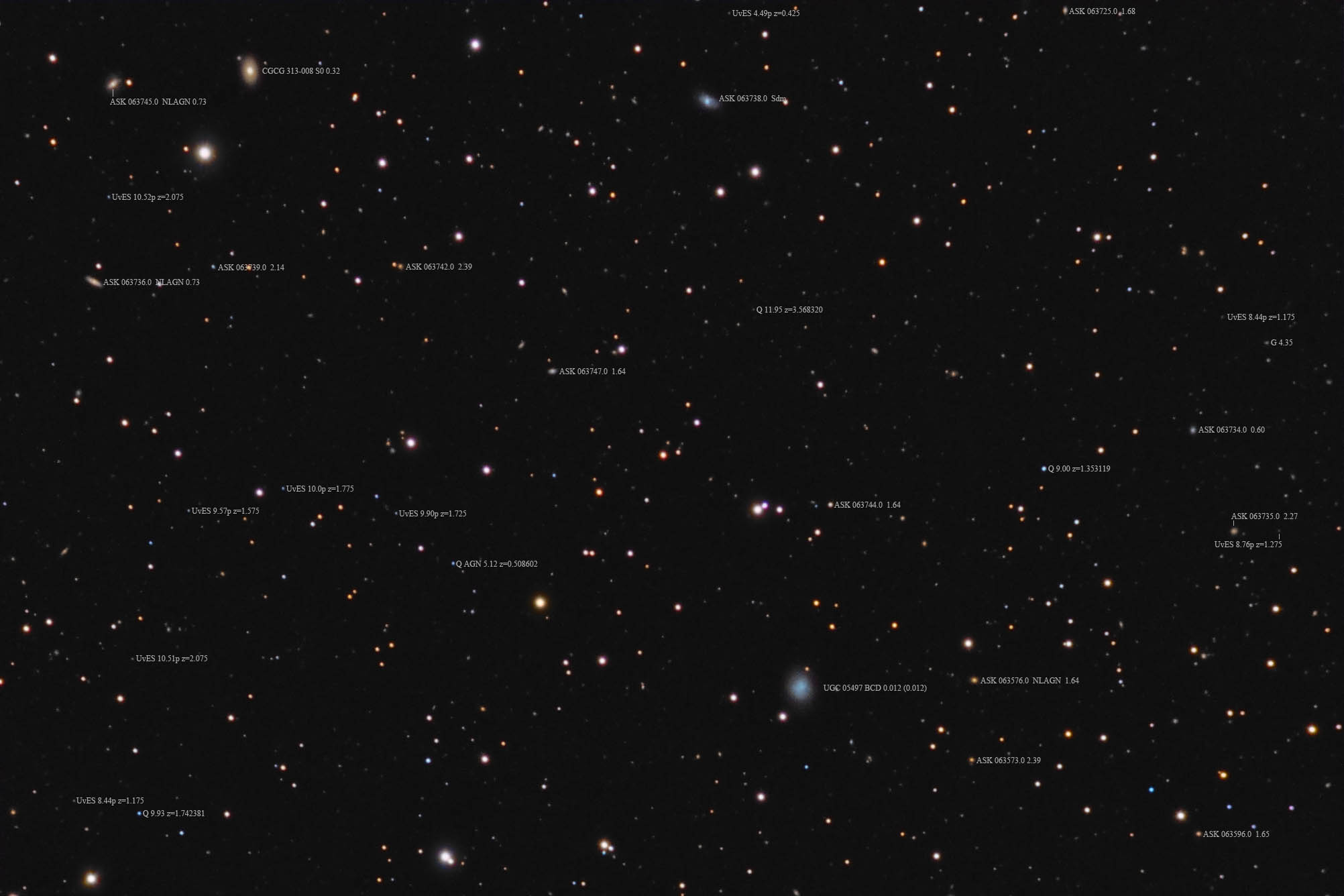