UGC 5829, often called The Spider Galaxy, is an irregular galaxy in Leo Minor about 42 million light-years away. Though the one and only Tully-Fisher measurement put it much closer at 26 million light-years. While NED lists a bright spot in the galaxy as a part of the galaxy it lists another as a separate galaxy. I rather doubt this but I suppose it is possible so have noted it in the annotated image. NED classes it as Im, that is an irregular galaxy of the Magellanic type like our Magellanic Clouds. Still, two older notes at NED refer to it as a \"Large, disrupted spiral.\" and \"May be low-density spiral like NGC 4236.\" I took NGC 4236 in 2008 and have attached it for comparison. I really don\'t see the similarity. If it is a disrupted spiral could the object NED shows as a separate galaxy, SDSS J104245.20+342738.4, be the cause? Seems a stretch as it is more likely a star cloud in the galaxy and if separate apparently has too little mass to disrupt anything as big as this galaxy. Still, I\'ve pointed it out just in case. 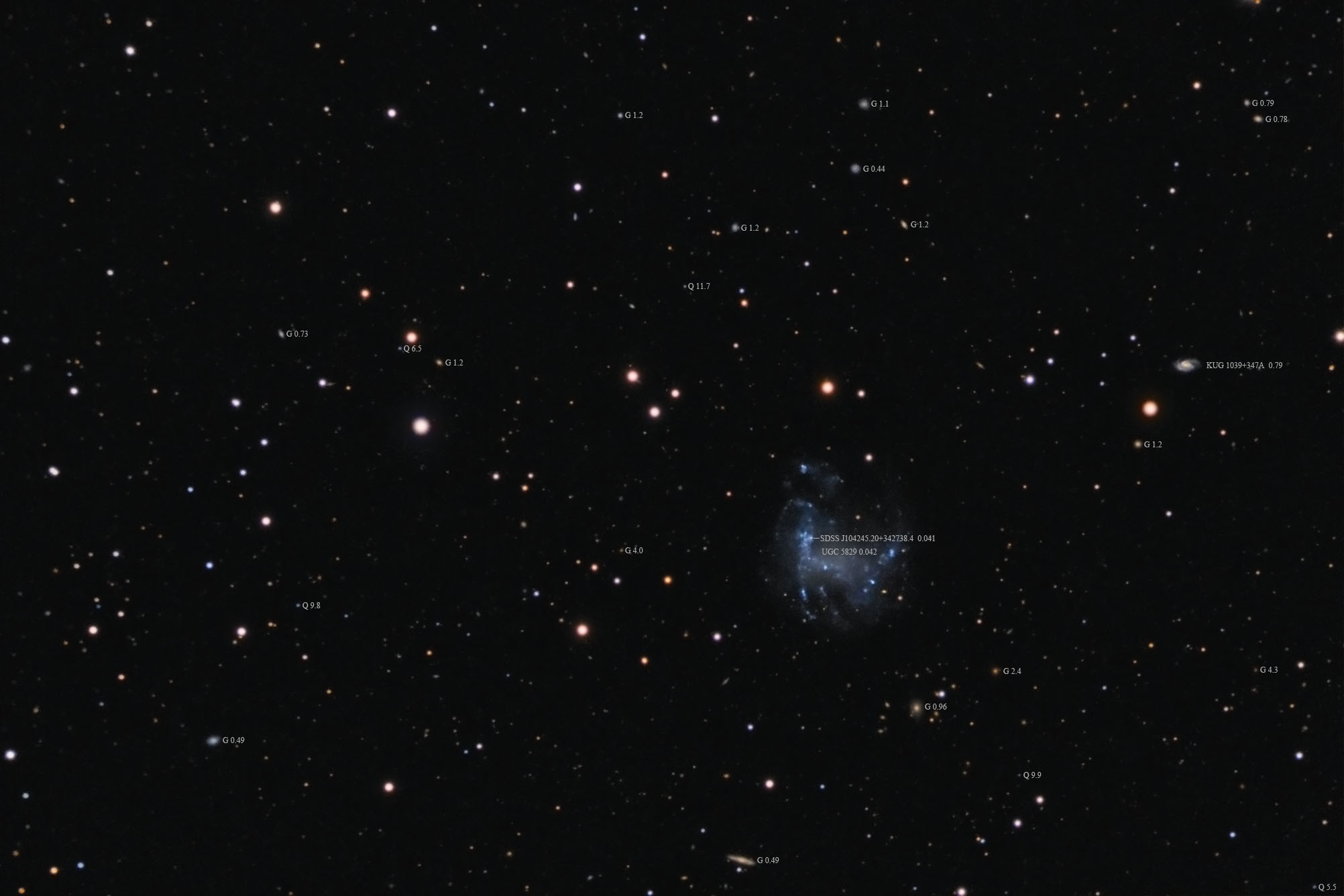 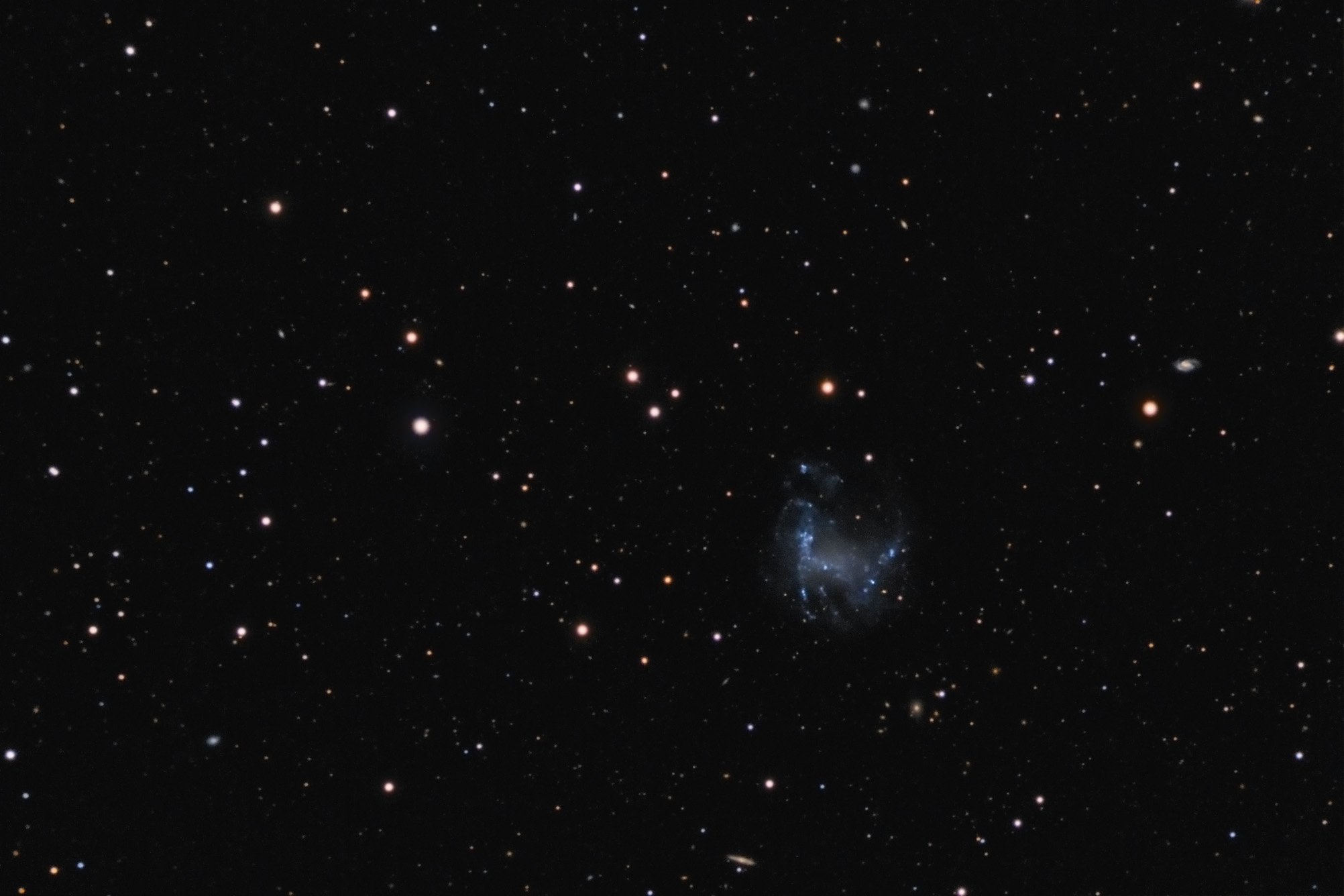 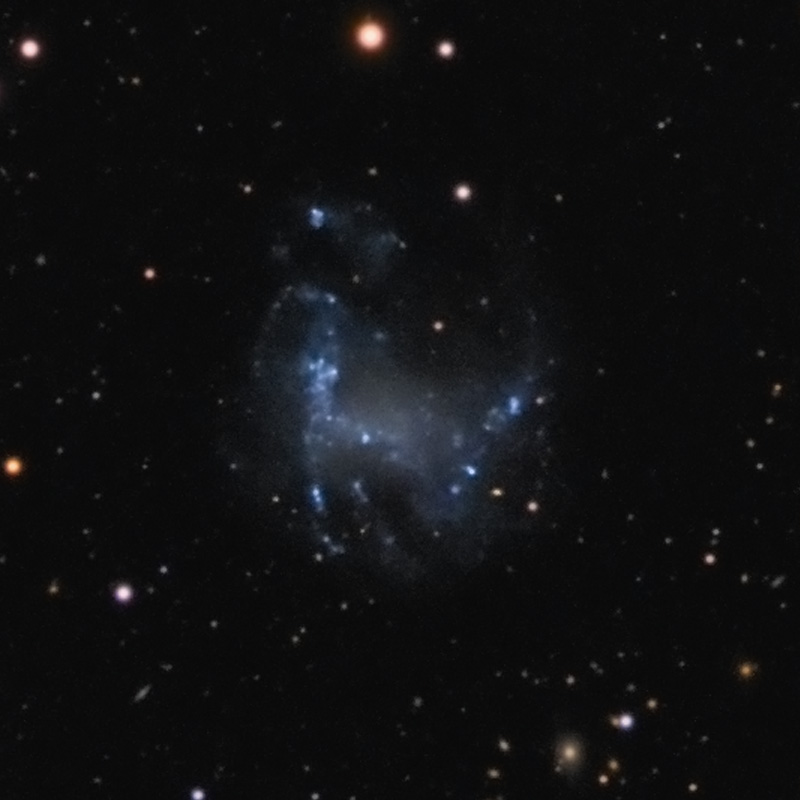