UGC 5936 is a ring galaxy about 340 million light-years distant in northeastern Leo Minor just a half degree from much closer Arp 206. I see the upper corner of this image overlaps my poorly processed 2008 image of Arp 206. I\'m fascinated by galaxies like this one in which there\'s no arm structure, just a faint featureless star disk, between the reddish core and bluish ring. There seems to be a hint of structure to the ring but seeing was too poor this night to know if that is real or not. Right beside it is a small spherical galaxy. Did it have anything to do with creating the ring? I wish I knew. I didn\'t find it in either Simbad nor NED. SDSS does list it under photometric sources so do know about it, just not as a galaxy as its boundaries for UGC 5936 include the possible companion. I\'ve not had time to investigate further or check the many catalogs in VizieR, not in NED or Simbad themselves.

It\'s always nice when I can get two off the to-do list with one image. To the lower left is the very flat and slightly warped FGC 1139. It has no sign of a central bulge being just a thin disk. It is listed as being an Sd galaxy. Its redshift is similar to UGC 5936 so is likely part of its local group. Other likely members are PGC 32441 and ASK 525319.0.

Many of the other galaxies in the image are quite distant ranging from 2 to 4.73 billion light-years. Many are the Bright Cluster Galaxy anchoring galaxy groups. Most of these distances are photographically determined (p) rather than spectroscopically determined and thus a bit suspect. Though those with both measurements do have spectroscopic redshifts that closely agree to the photographic redshift giving me some confidence in these distance estimates.

There are several quasars out past 10 billion light-years all with spectroscopic redshifts. So even with the poor seeing transparency was sufficient to reach down past 22nd magnitude and pick up these distant objects. 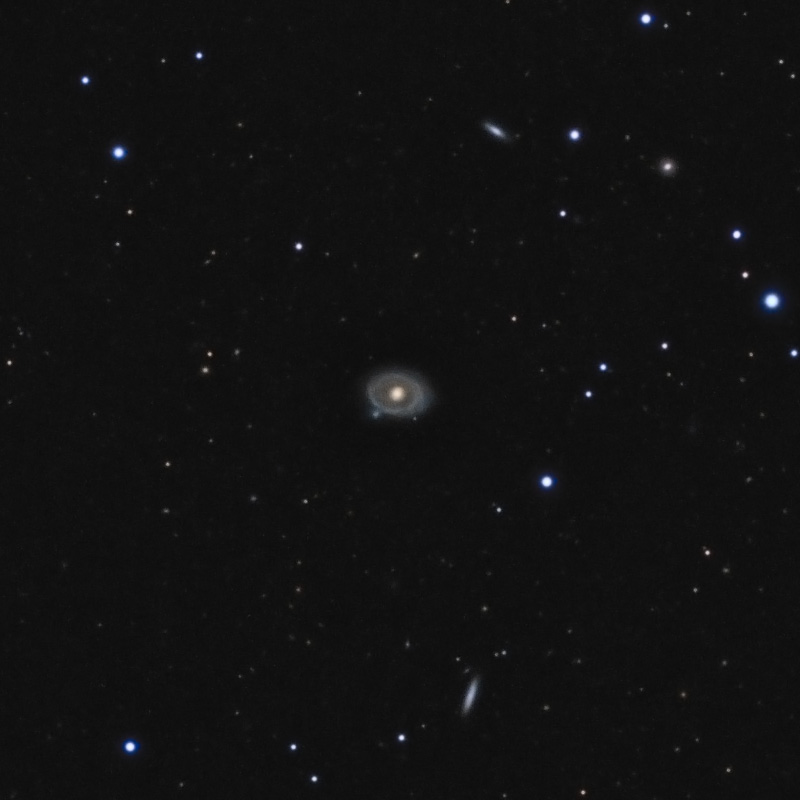 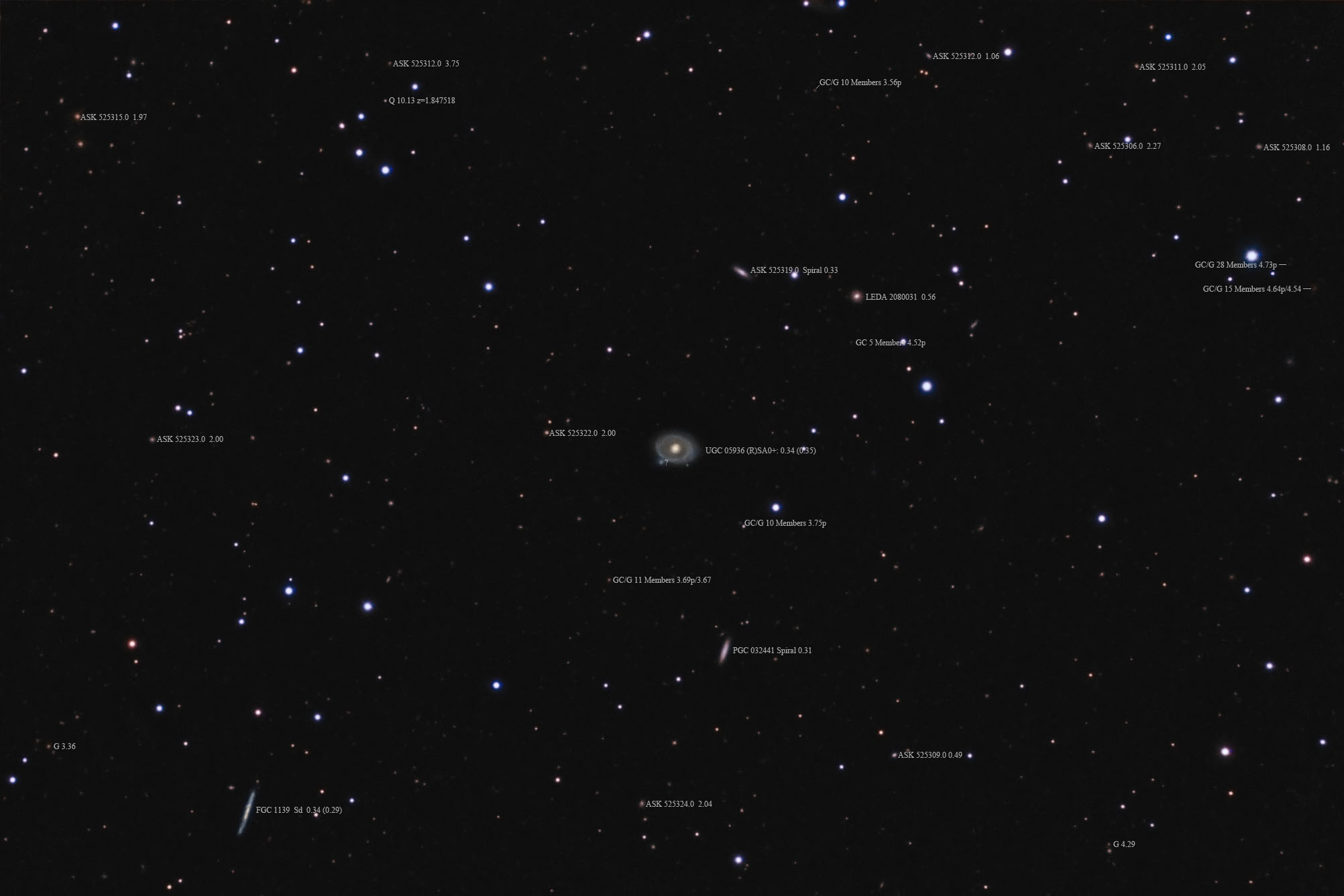 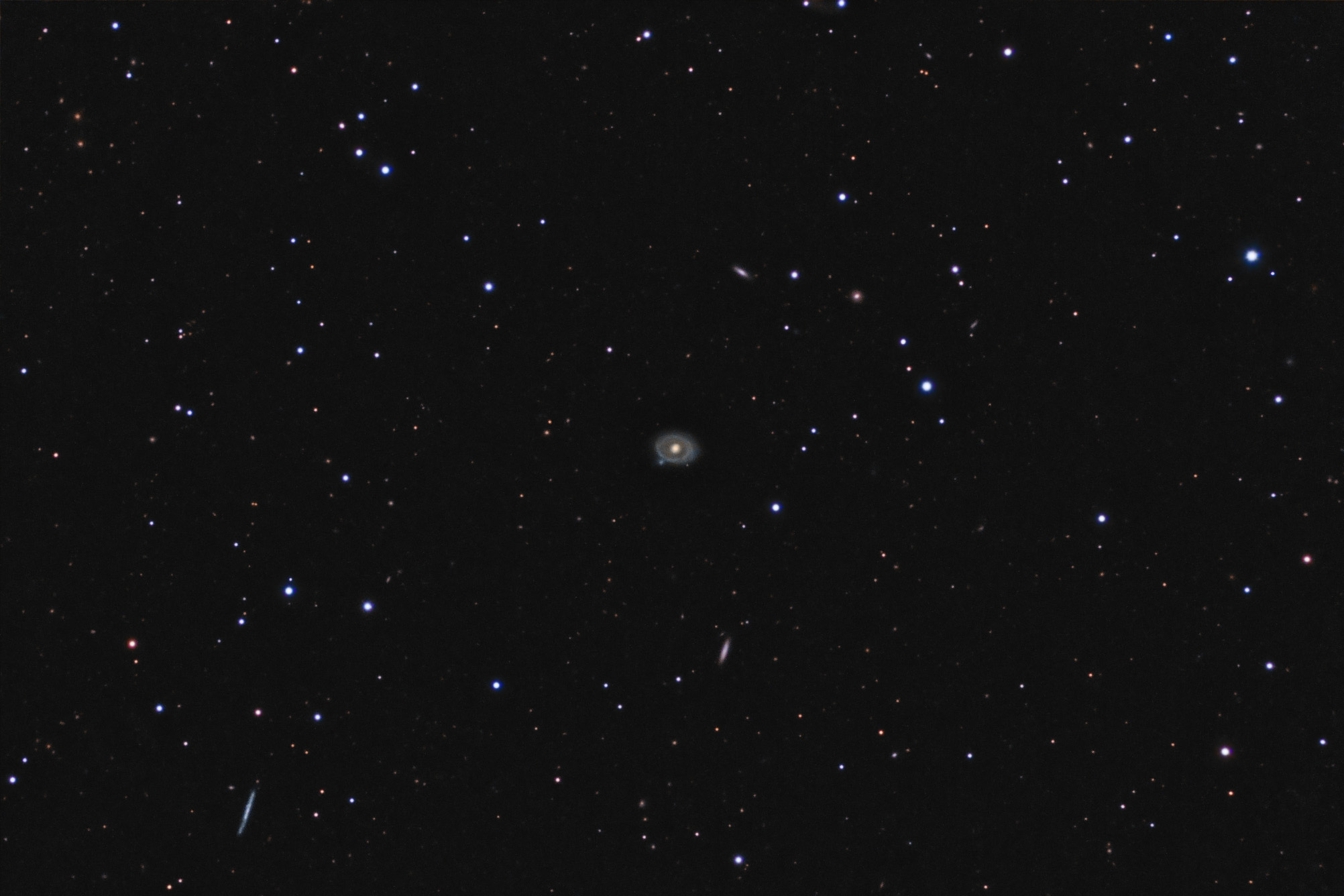