UGC 6614 is one of the largest Giant Low Surface Brightness Galaxies (GLSBG) known. Even at 300 million light-years distance, it is large in my image. I measure it at a bit over 3 minutes across which translates to about 263,000 light-years in diameter. The bright inner ring portion is just over 100,000 light-years across, about the size of the Milky Way Galaxy we live in. It has several probable companions including LEDA 142824 to the upper left and CGCG 097-039 toward the bottom. They are rather typical disk galaxies with a diameter of over 60,000 light-years. They just look like dwarfs in comparison. ASK 629991.0 to the northwest is a dwarf at 17,000 light-years in diameter. Though it is said to house an AGN which seems unusual for a dwarf. The field is near the tail end of Leo.

The only other bright galaxy in the image is UGC 6631 in the upper left corner. It is listed as an Sab spiral. It has a rather odd \"black eye\" feature in its outer arms. The arm structure is rather odd even without this hole. Again NED had little on it. Its size is rather typical of a spiral at about 55,000 light-years in diameter.

There is another ring galaxy in the image. Like the inner ring of UGC 6614 but smaller in angular size. Is that because it is farther away? I can\'t say as it has no redshift or other distance data. It is SDSS J113825.27+170326.1 to the lower left of UGC 6614. Unfortunately, NED had very little on it so it is mostly still a mystery. I didn\'t pick up any faint outer arms like those of UGC 6614 but then if it is much more distant I likely wouldn\'t without a lot more time spent on it.

The field contains the usual assortment of galaxies though none are closer than 160 million light-years and most are well over a billion light-years distant. Two asteroids are in the image as well. See the Annotated image for details.

At the time I took this data I didn\'t realize it had these super faint outer arms or I\'d have given it more time. It will take a lot more time to do these arms justice. 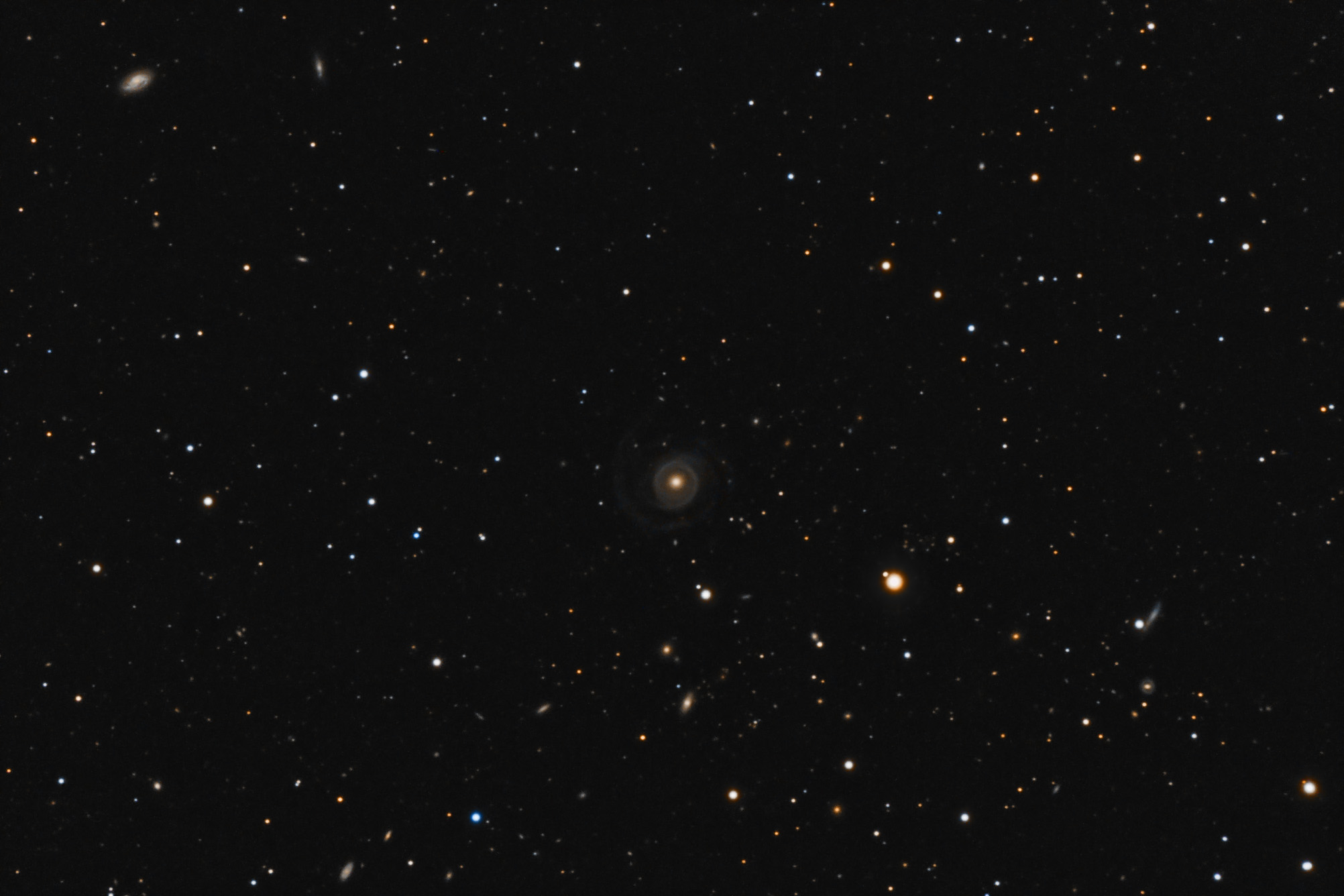 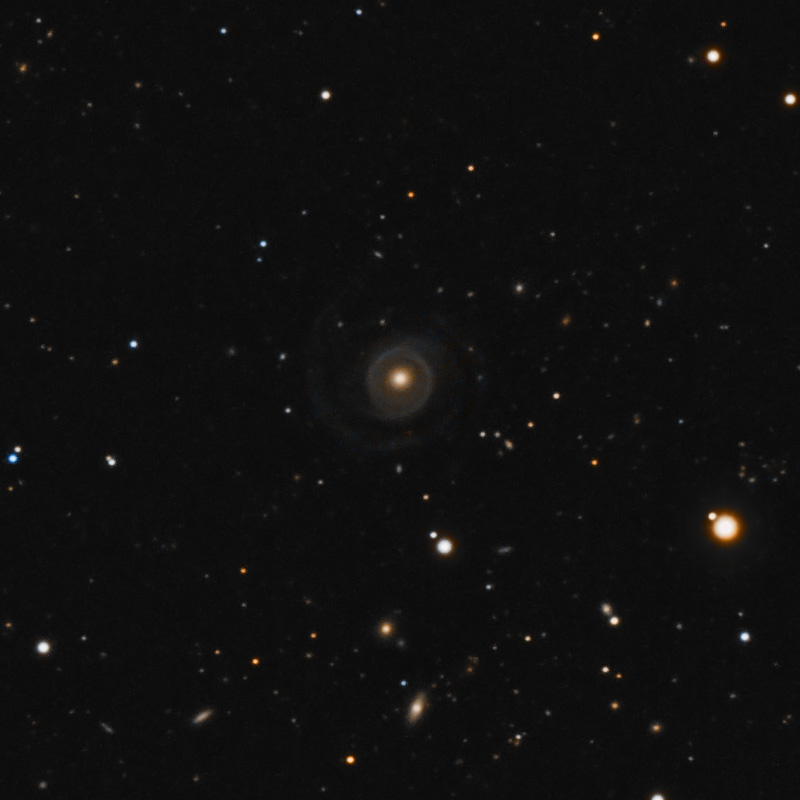 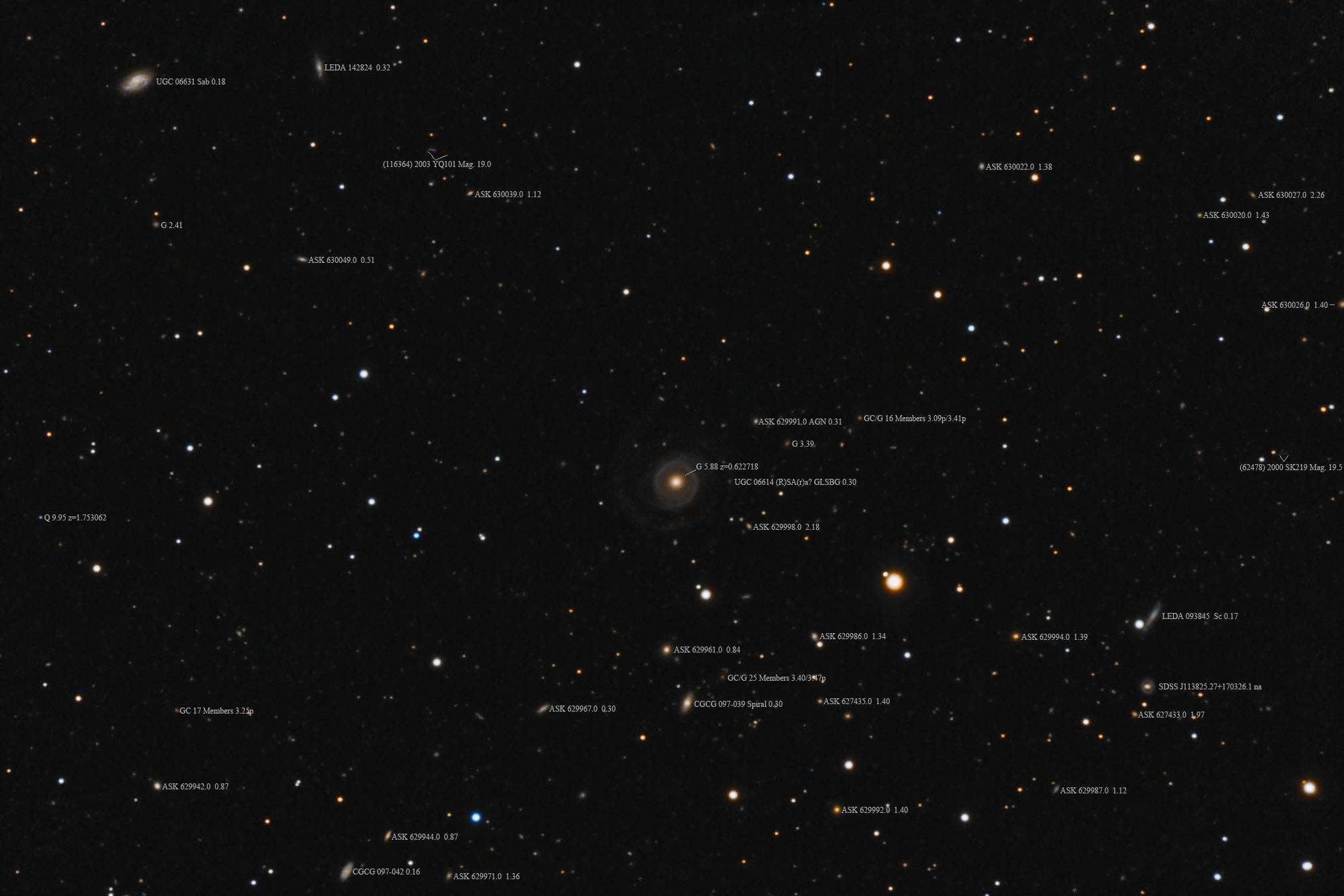