UGC 6903 is a diffuse low surface brightness SB(s)cd galaxy in Virgo. The galaxy has an out of focus look to it with all its features being very soft and fuzzy. I\'m used to sharp detail even in low surface brightness galaxies with reasonable seeing as I had but that isn\'t the case with this galaxy. It is not part of the main Virgo Cluster as it lies some 100 million light-years distant while the core of the cluster is only about 60 million light-years away. The galaxy is about 70,000 light-years across.

There were 4 asteroids in the image, one hiding in front of the galaxy but it fell in a dark lane so was barely visible. Northeast of the galaxy is a galaxy cluster. NED shows its Bright Cluster Galaxy at a different location than the cluster itself. There is what also could be called a Bright Cluster Galaxy at its location but it has no redshift. That of the cluster is photographic but is in close agreement to the spectroscopic redshift for the BCG below it.

I had moved UGC 6903 westward to pick up galaxies to the east then ended up cutting them off on the east border because I didn\'t move far enough west. I might as well have left it centered.

For newcomers to my posts, I should mention that the annotations show the catalog name of galaxies and other objects when they are not just the objects coordinates in the sky. If NED or some other source has classified the galaxy that is shown next. If sources differ as to classification I use NED\'s and mention the differing classification in the text. This is followed by the distance based on cosmological redshift in billions of light-years using NED\'s 5 year WMAP look back time calculator. While its variables are slightly different from the currently accepted values the difference is smaller than the likely error in the calculation as it assumes the object is at rest with respect to the expansion which isn\'t likely the case. This way I am consistent over the years as the variables used are updated every few years due to new data which would require me to rewrite everything. When non-redshift estimates are available I\'ll list those in parenthesis after the cosmological redshift distance. When the galaxy is nearby redshift is a poor indicator and I will often only show the non-redshift distance in such cases.

The annotated image contains many galaxies from the GAMA catalog. That stands for the Galaxy and Mass Assembly Survey. You can read about it here: http://ned.ipac.caltech.edu/cgi-bin/ex_refcode?refcode=2011MNRAS.413..971D

I had to use this catalog to get names that weren\'t just positional (usually from the SLOAN survey). My fall back for this had been the ASK, Automatic Spectroscopic K-means-based classification, but that wasn\'t available for many of the galaxies in this image. For more on this see: http://iopscience.iop.org/0004-637X/714/1/487 . Positional names are lengthy and clutter an image unless there aren\'t many objects to identify in the image so I usually avoid them when possible. Instead, I use G for galaxies and Q for quasars when positional names are all that are available. UvES is used in this case for candidate quasars that NED lists under this designation. There are several in this image. 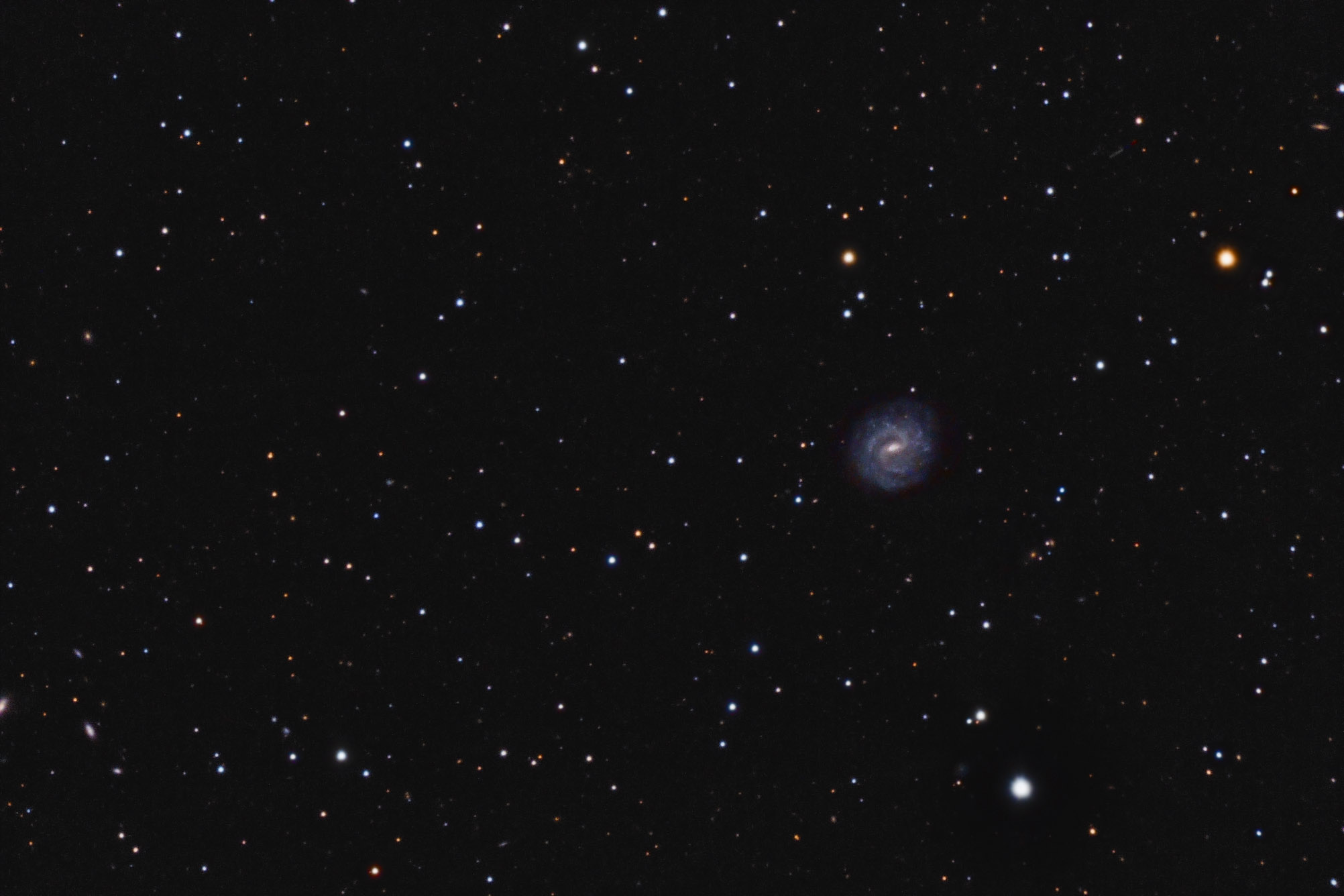 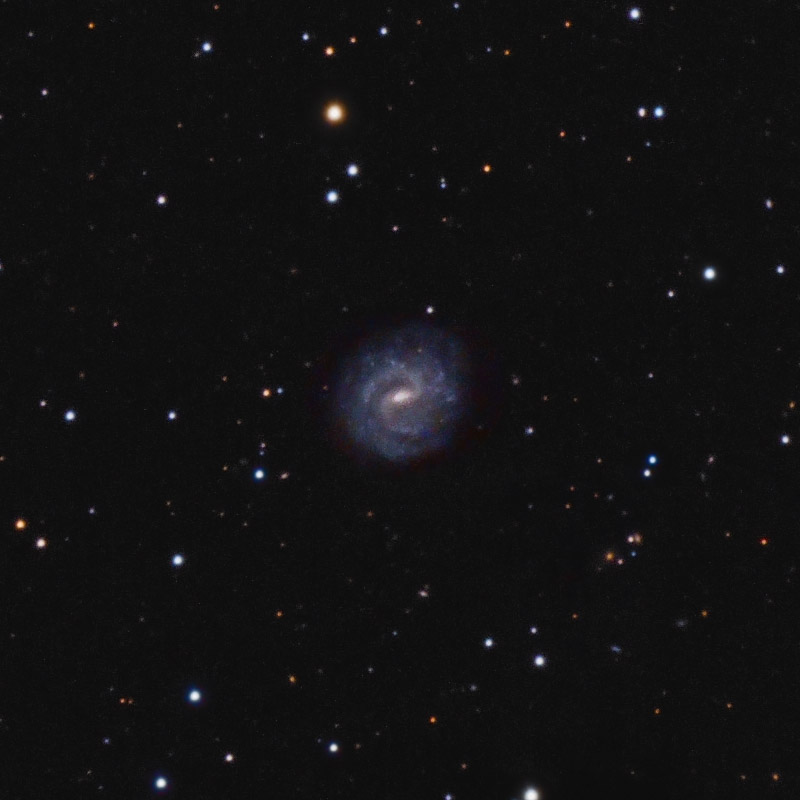 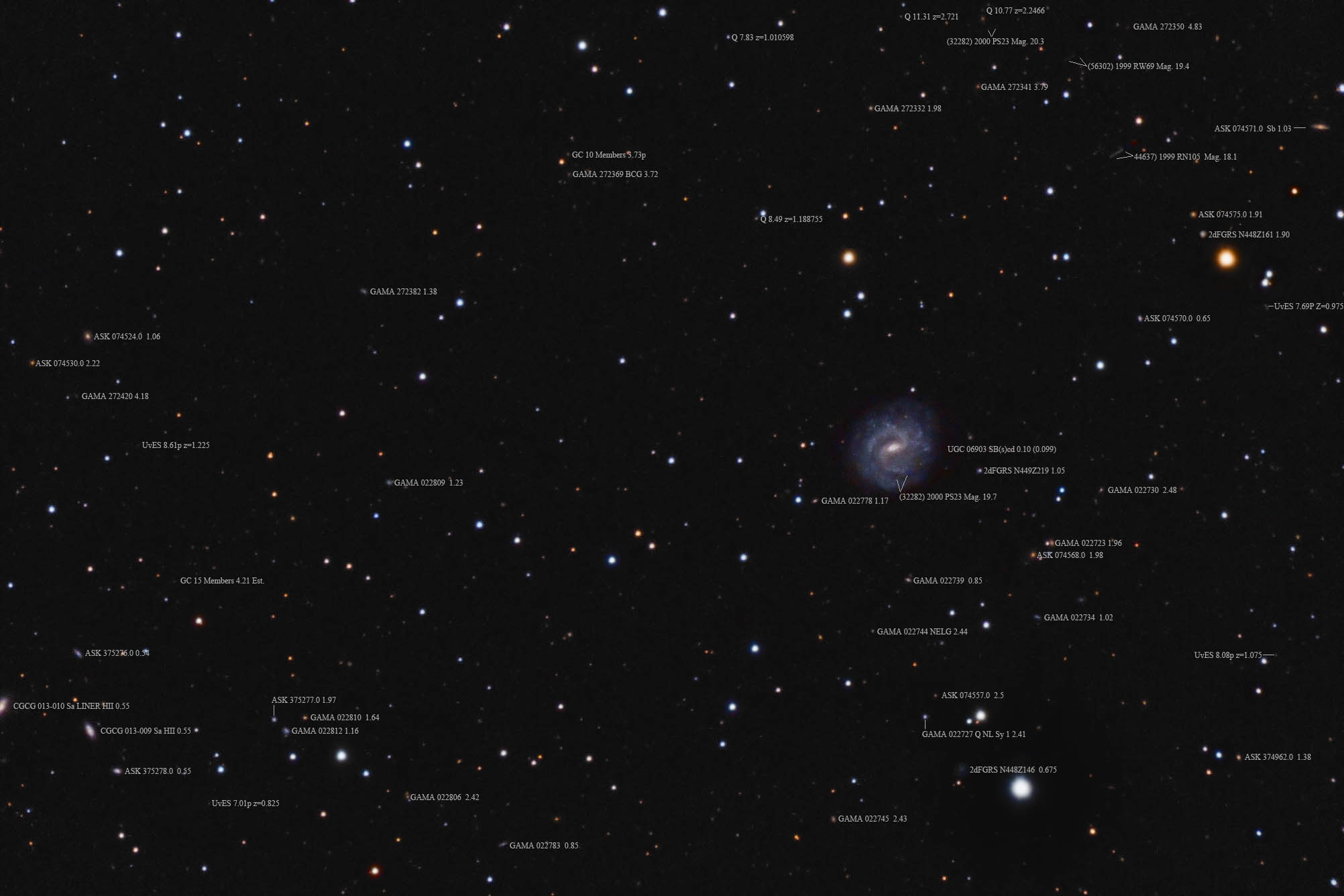