The image contains an unusual number of quasars, 11 of them though 8 are still considered quasar candidates that appears a formality. Their distances are still somewhat uncertain having been determined from filtered photographic data rather than the spectroscope. These quasar candidates are labeled UvES for Ultraviolet Excess Source a trait of very hot quasars.

Thanks to clouds I was clouded out in my first attempt. All color data was lost on the first try. I redid the color on another night. I later found one of the red frames from the first night was usable so I have a bit more red data than usual. 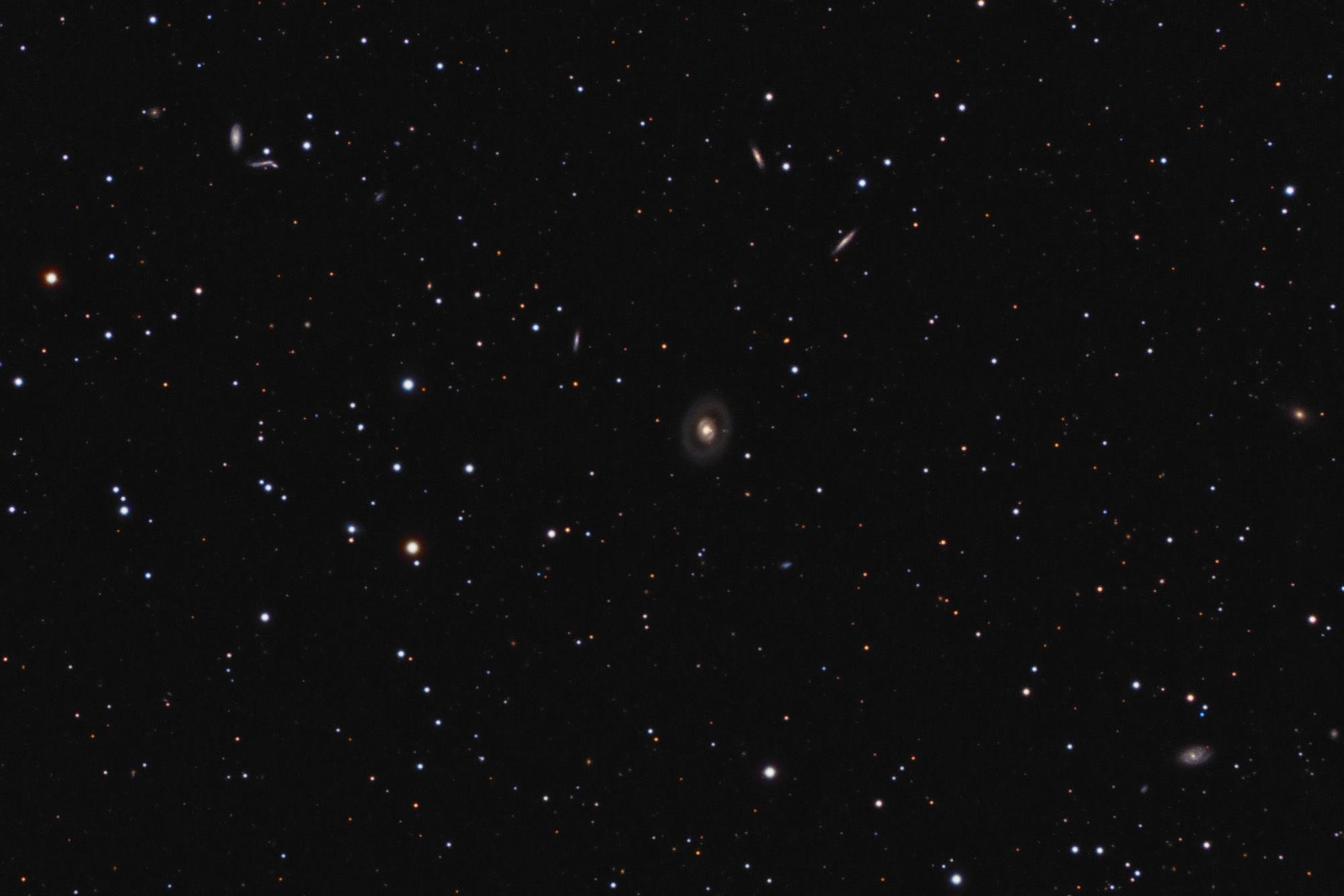 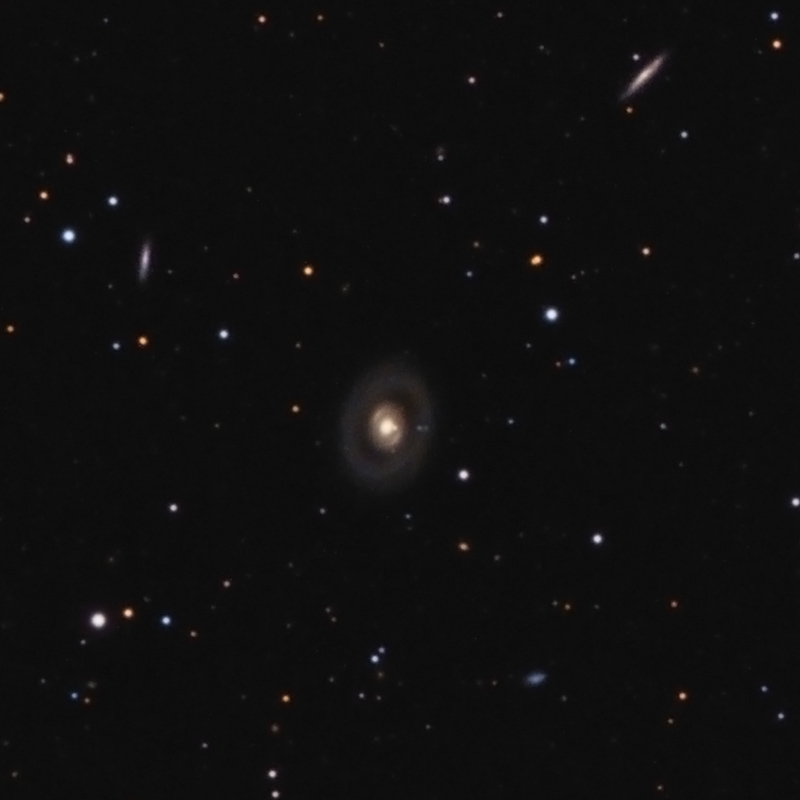 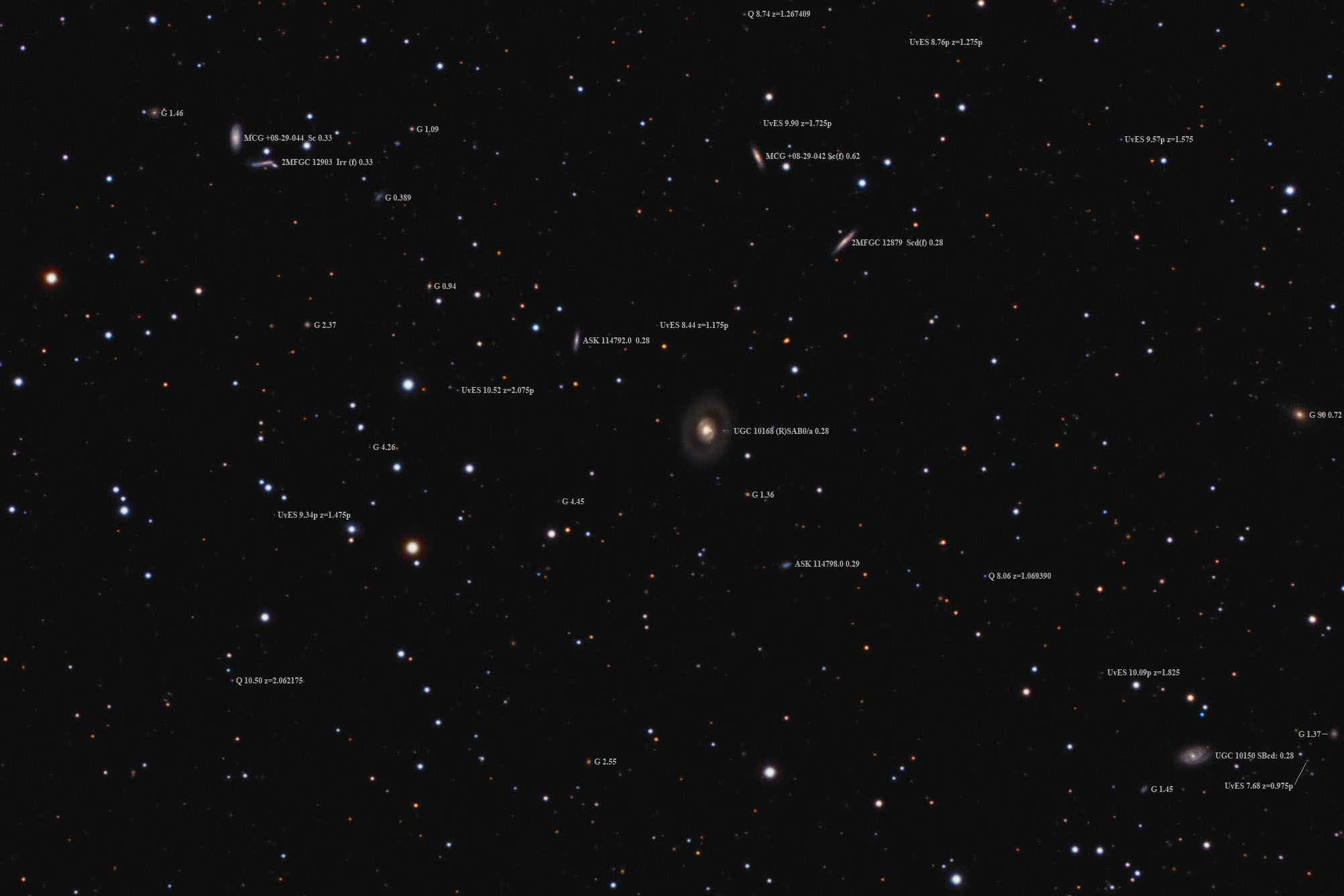