UGC 10704 is a really messed up blue galaxy in the Abell 2197 galaxy cluster located in western Hercules. This is another one Sakib Rasool pointed me to. Redshift puts it 384 million light-years away with the Abell cluster center about 35 million light-years further away. There are only two notes at NED on the galaxy, one saying it has 5 clumps of HII and another calling it a group of blue galaxies. Not much agreement here! The SDSS lists it under several different galaxy designations but NED has an Essential Note that says these are multiple entries that describe the same object. Again little help. Looking at the SDSS data in NED you find three clumps identified. One is within 2 seconds of arc of the centroid position the UGC uses. The other two are shown on the annotated image. I find it interesting that what appears to be the core as it is more orange than the other parts as well as a detached southwest and a south to southeast part are not listed. If any are a separate galaxy I\'d think it the southwestern apparently detached part. Why do I try and look these things up?

Being located on the edge of the Abell 2197 galaxy cluster there are a lot of galaxies in the image. Like some other Hercules galaxy clusters, it has a higher proportion of disk galaxies than most. For the annotated image if the galaxy was likely a member of the cluster I identified it by catalog name as well as showing its redshift. Those beyond the cluster are shown only by distance. Note that some of the very distant (over 2 billion light-years distant) galaxies are larger in angular size than many dwarf cluster members. Often the main way to tell a distant one is that it is redder than close ones though that isn\'t always true. There are some intensely blue distant galaxies in the image.

It also contains quite a few UvES (Ultraviolet Excess Source). These are found photographically and are likely quasars. With only a photographic redshift this isn\'t as accurate as a spectroscopic measurement. Only one proven quasar is in the image and it is very blue and 11.1 billion light-years distant light travel time. It is up toward the upper right corner of the image. 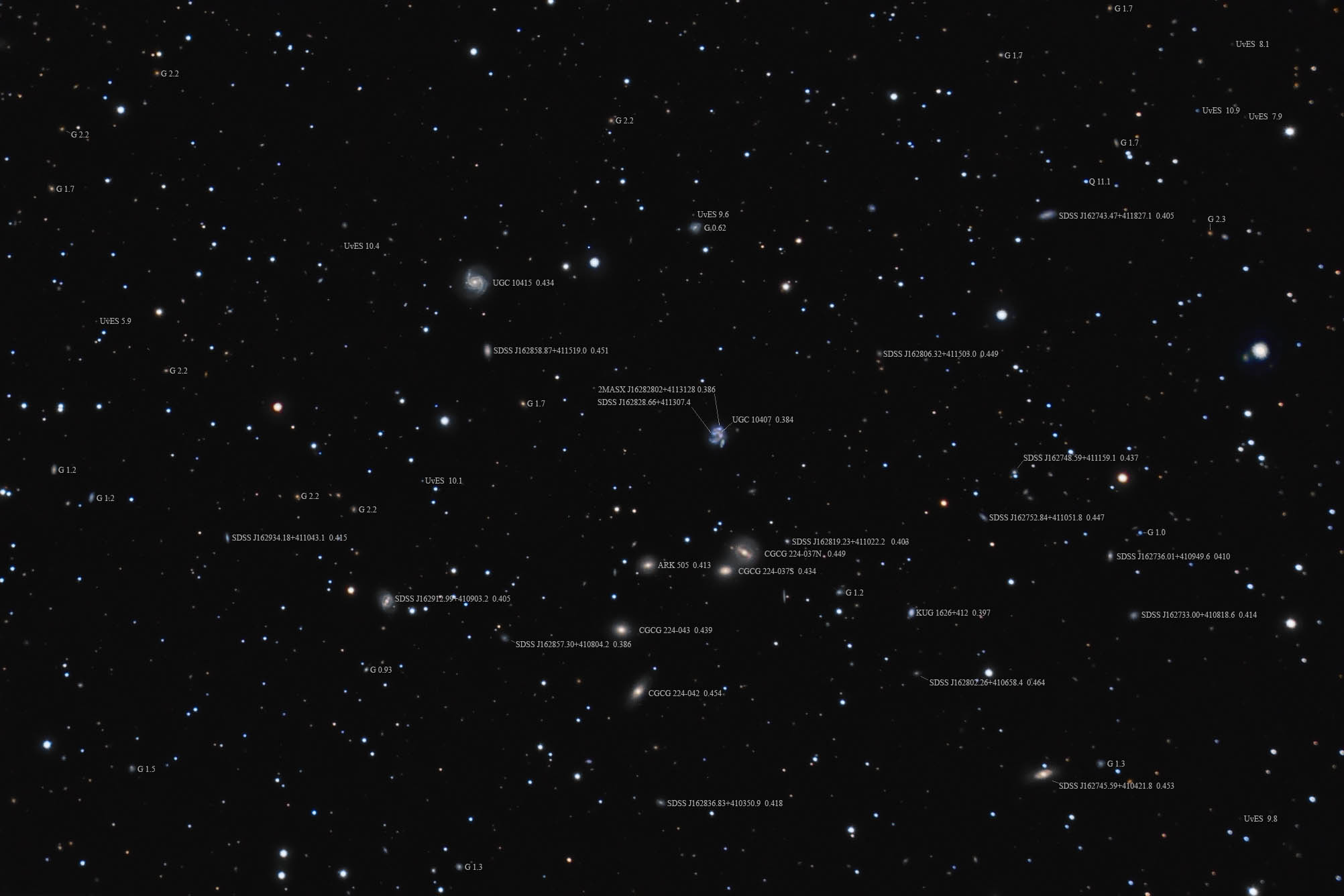 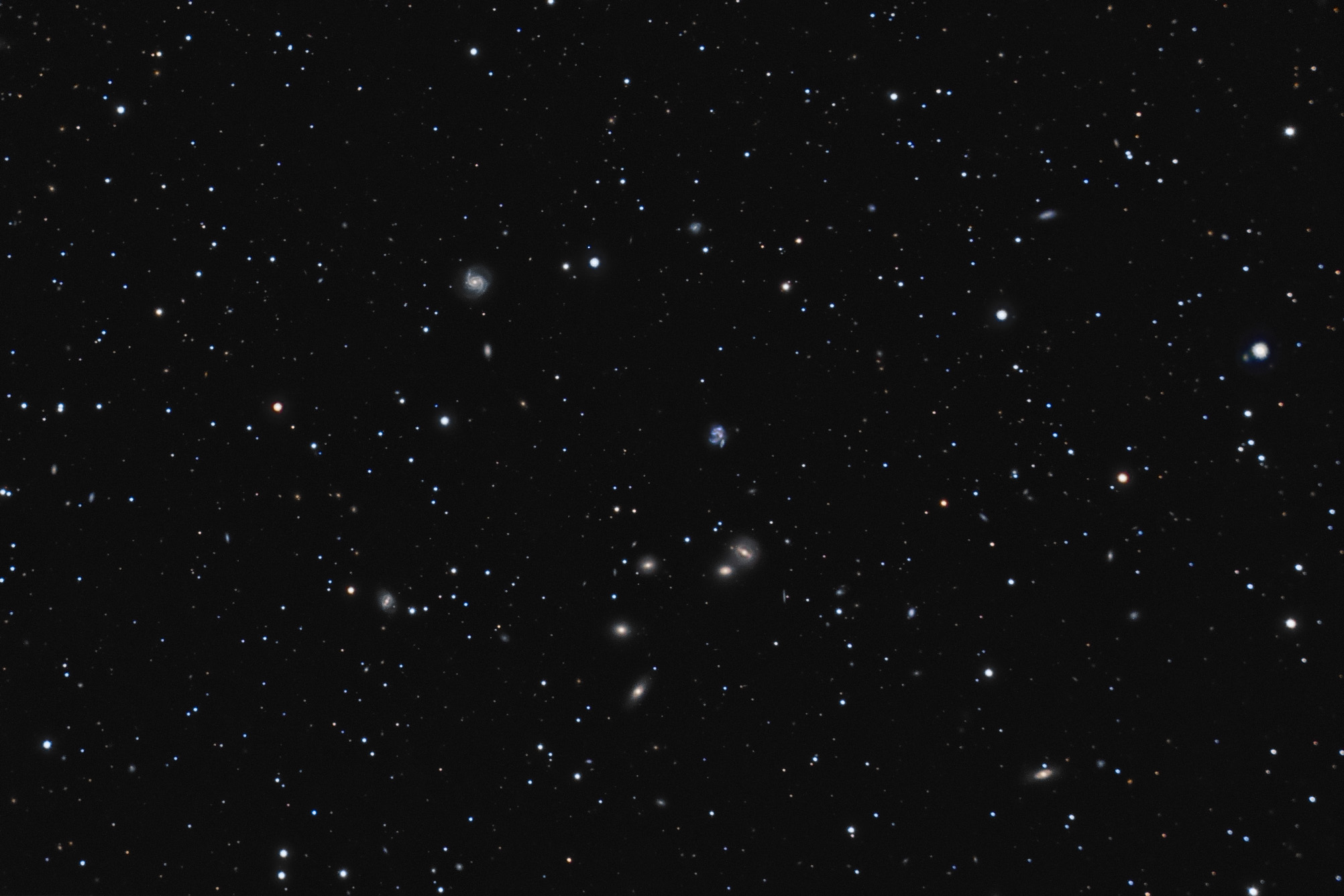 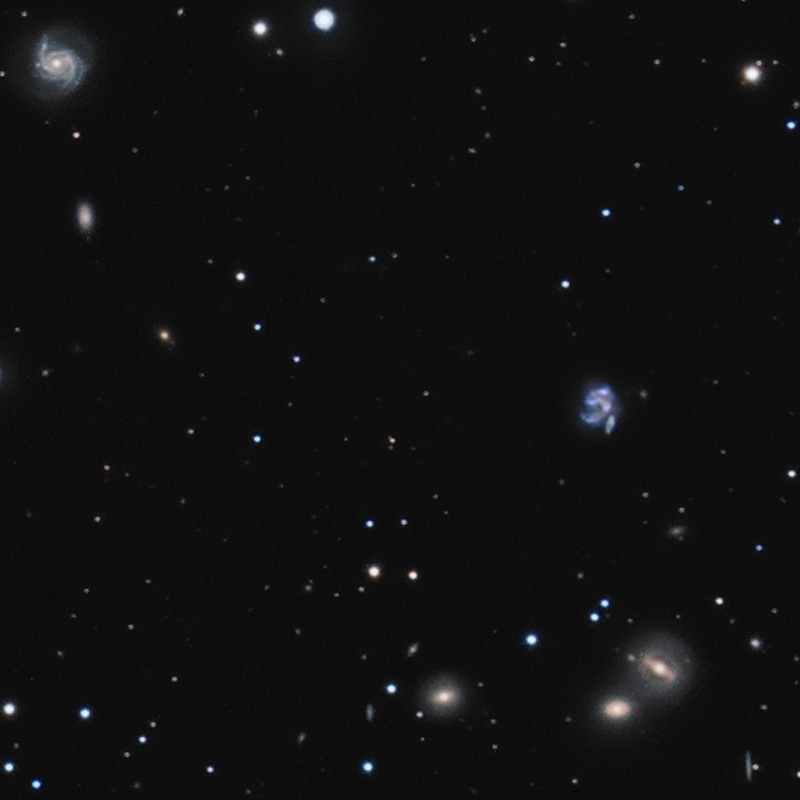