KPG 542, also known as UGC 11453 is a pair of interacting galaxies in the northwest corner of Cygnus about 165 million light-years distant by redshift. Not a place you\'d normally go galaxy hunting. Pros don\'t either, unfortunately. I was unable to turn up much about this pair. The spiral has obviously been distorted with the plume along the north side and drawn out eastern arm. There\'s some disagreement whether it is an ATM or DIS pair. Without getting into details ATM pairs are in a common halo and DIS show interaction. Of course, some are both but I don\'t see a common halo so vote for DIS with only the spiral showing any interaction. It is classified by NED as Sb with the companion E.

This one could have certainly fit Arp\'s category for spirals with a high surface brightness companion on an arm. Seems better suited than many he included in this category that are only line of sight pairs separated by many millions of light-years. 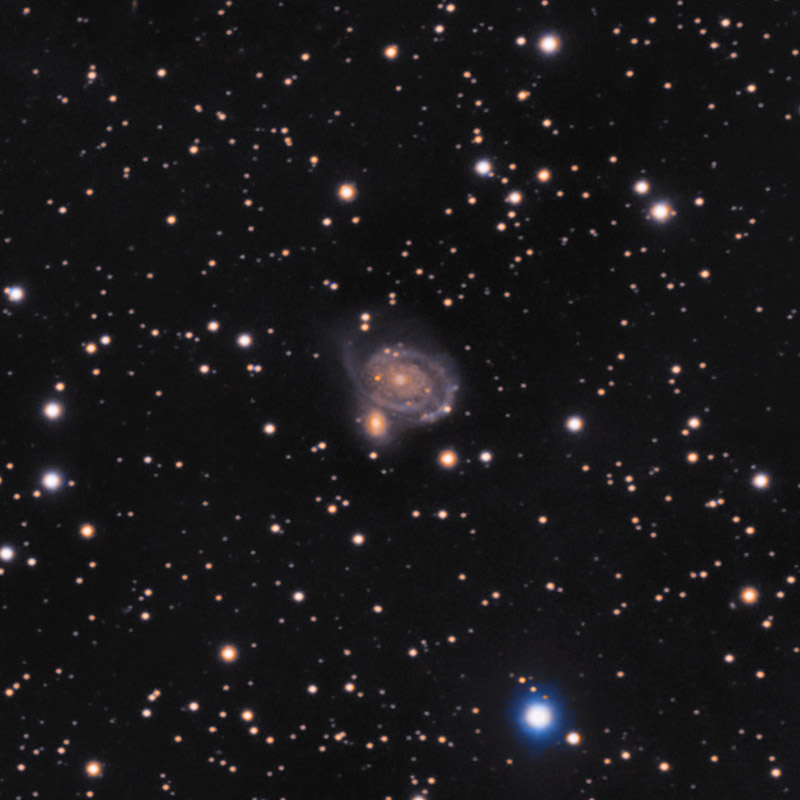 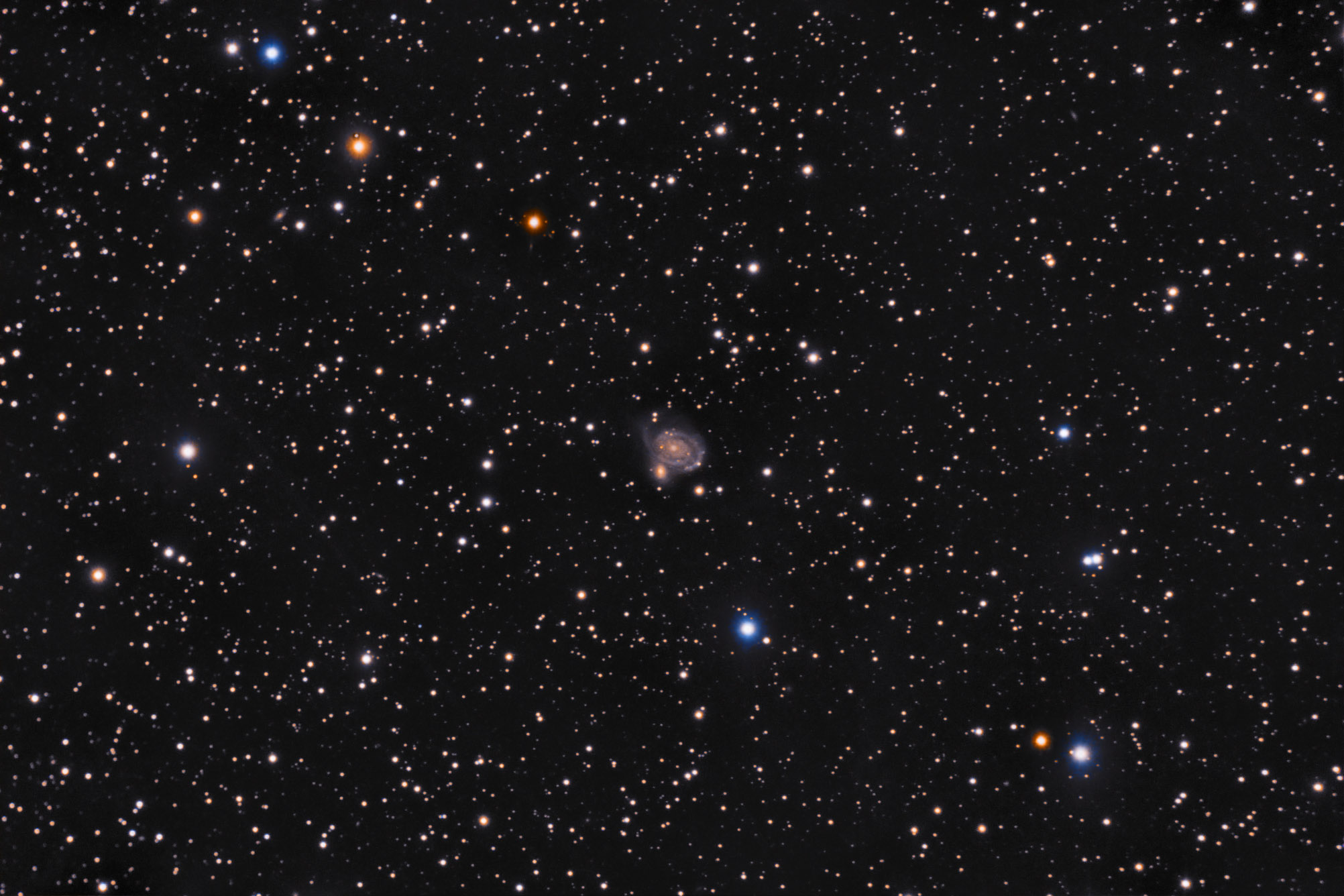