VV 773 is a likely pair of interacting flat looking galaxies a bit southwest of the tail star, epsilon, of Delphinus about 230 to 240 million light-years distant. About all I could find on this pair was this description: \"Blue post-eruptive pair of Sb on edge and wedge-like compact connected by spotty bridge\" (CGPG). As I can\'t tell where one galaxy ends and the other begins due to the bridge I measured the combination at about 100,000 light-years across assuming they are at the same distance which is unlikely but the difference is probably small.

The field is well within the Zone of Avoidance so little studied for galaxies. This likely explains the lack of information on this interesting pair. There are several other galaxies in the image. I put VV 773 to the right to pick them up though still missed one.

In the center is UGC 11568 listed as an Scd? spiral. It is closer than VV 773 at about 180 million light-years by several different measurements. It is rare when the agree like this. It has a long faint extension to the northeast so has likely had a major encounter or merger in the distant past. Besides this plume, the center seems tilted compared the blue disk. Another indication something happened, likely a merger as I can\'t find an interaction candidate. Including the plume, it is over 150,000 light-years across but only 100,000 light-years ignoring the plume. 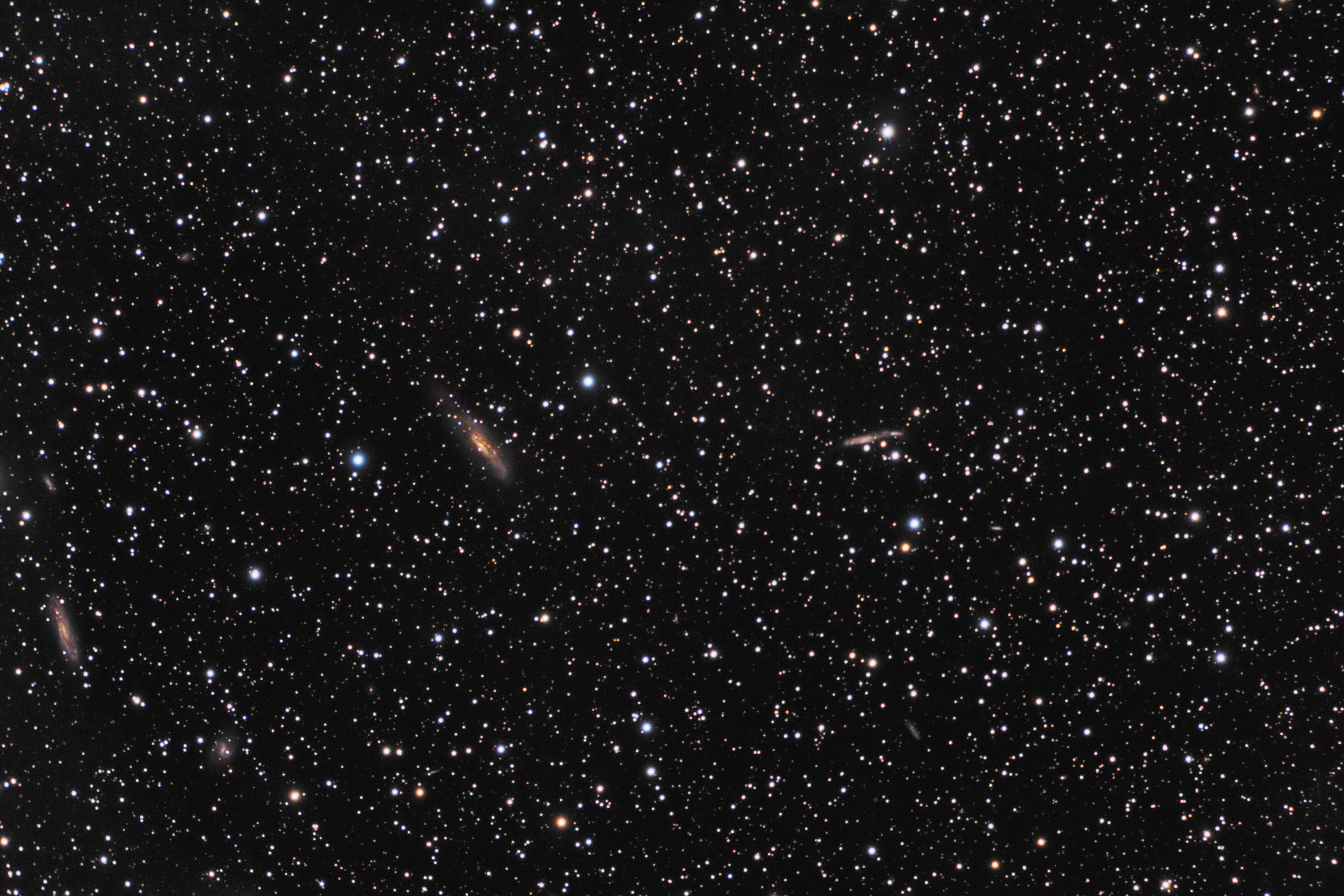 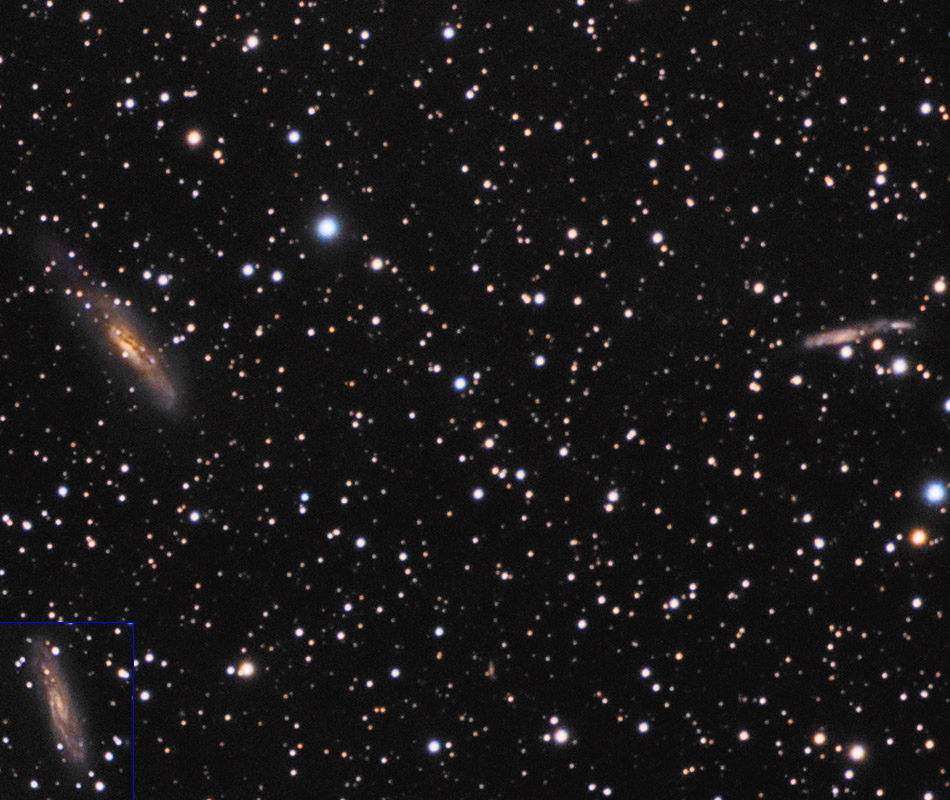 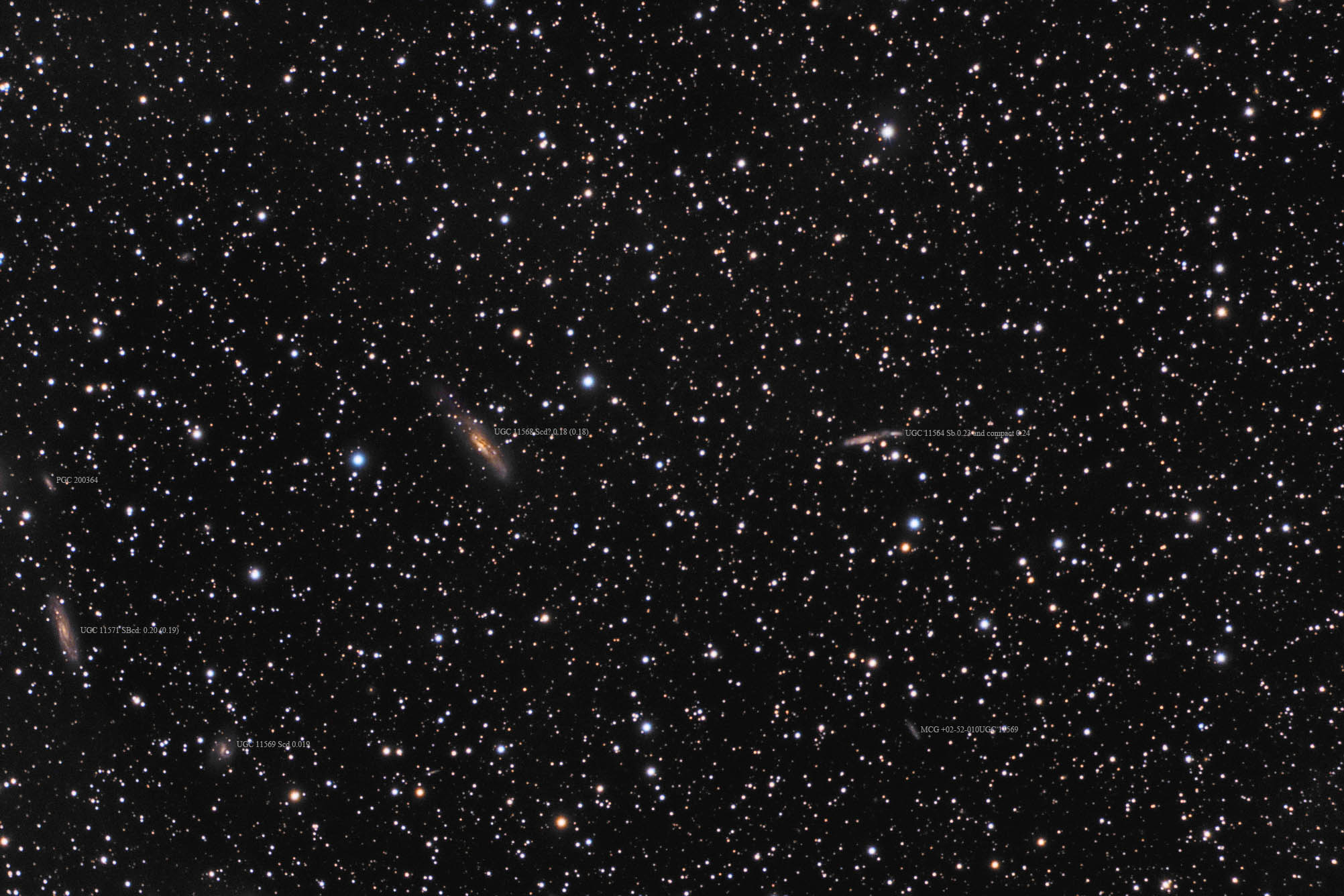