UGC 11593 is a pair of galaxies in southern Delphinus. Most papers I found on this pair consider them likely interacting as the rotation curve of the spiral is \"disturbed.\" Not only did this pair make my list for it being a likely interacting pair but the spiral as a flat galaxy, at least as far as the 2 micron flat galaxy catalog is concerned as it is entry 2MFGC 15614 in that catalog. NED classifies it as Sc other say S?. Redshift puts it at about 340 million light-years distant.

The elliptical companion is MCG +01-52-014. NED classifies it simply as E. Redshift puts it at 350 million light-years indicating it is behind the spiral. This is likely due to the relative speeds of the two galaxies. It may be they are at the same distance or the elliptical is even in front of the spiral. I found no non-redshift distance measurements for either galaxy.

Due to this field being deep in the Zone of Avoidance there\'s little information on the galaxies in the rest of the field. None but this pair had redshift data or even magnitude information. Only galaxies that made the 2MASS catalog were even listed in NED. So there was no point in preparing an annotated image.

This one got hit by my filter mix-up. I had to take the red filtered images another day after finding I\'d taken 4 blue and no red images. That night had a strong aurora and only one of the red images was usable so this image has 4 blue, 2 green and only 1 red frame but the color seems about right and needed only a minor adjustment in eXcalibrator. 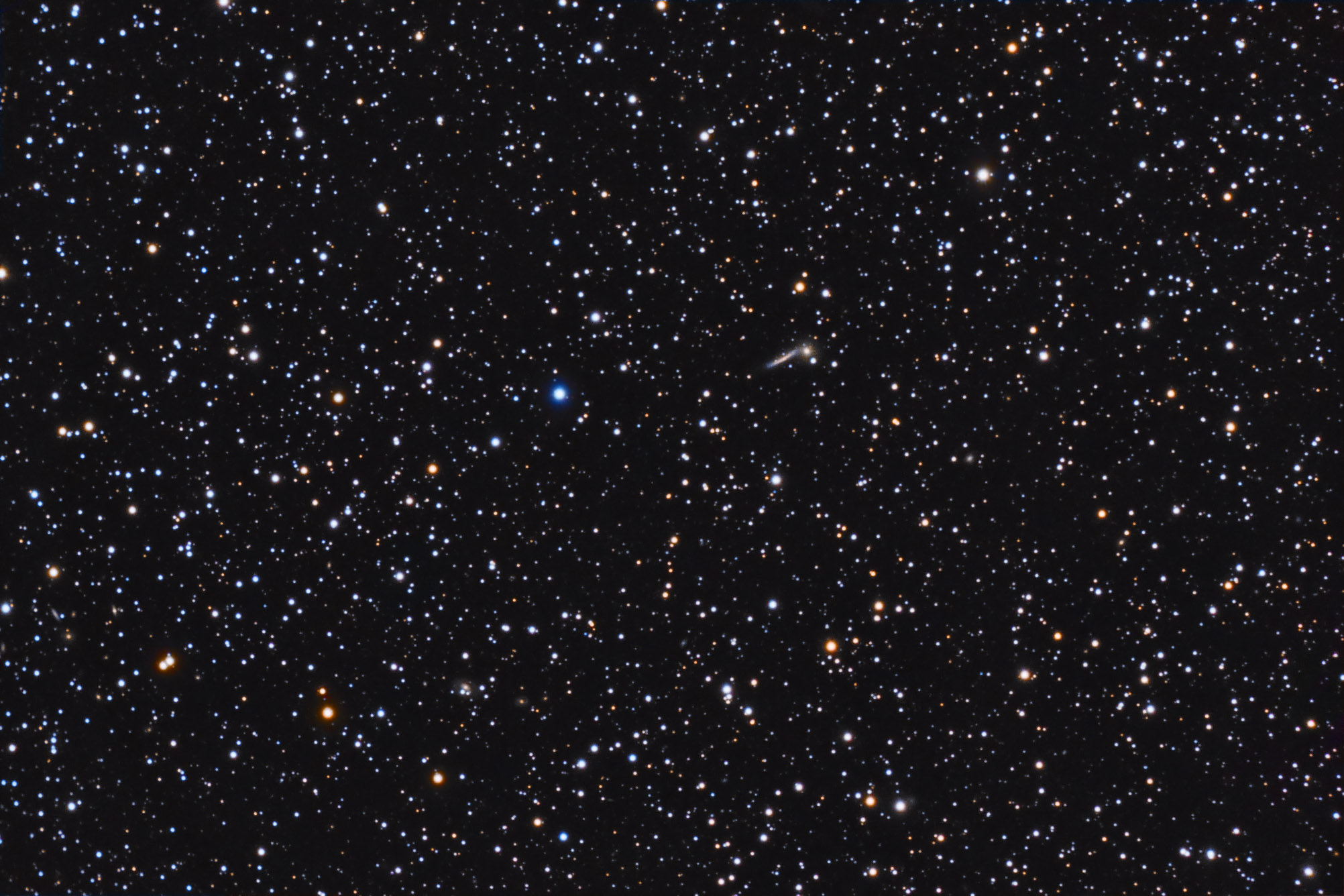 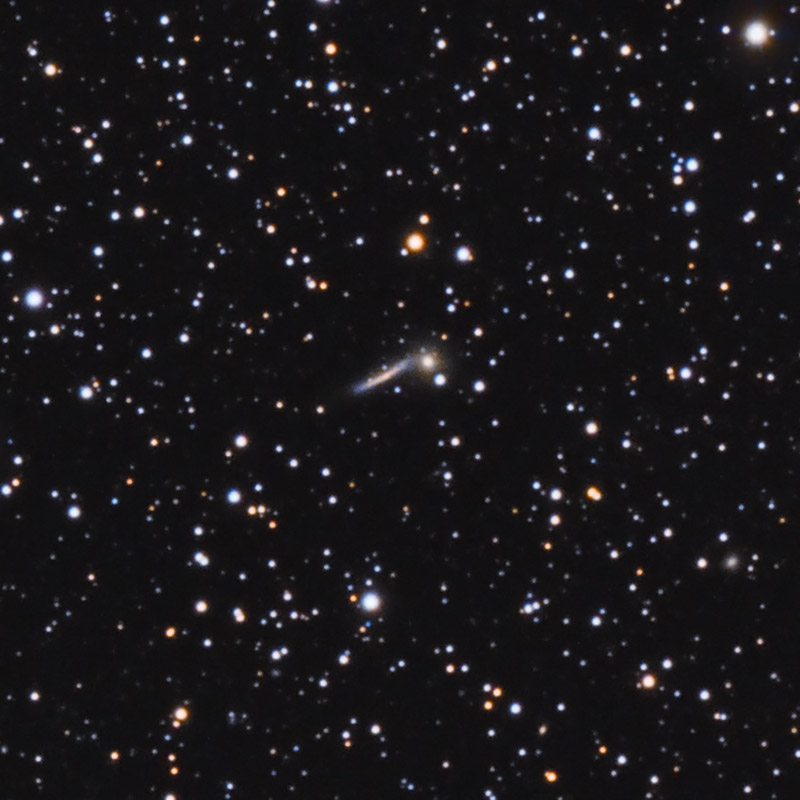