UGC 11634 is a double galaxy on the nose of Delphinus the dolphin that is about 240 million light-years distant. A \"bright\" 12th magnitude double star hides part of the northern galaxy where apparently a straight arm starts. The arm on the other side is rather normal. Neither galaxy has a classification at NED. The northern one UGC 11634B seems a rather normal Sb spiral but for that odd straight arm. The southern galaxy, UGC 11634A looks like a disrupted spiral with the core well to the west (right) of \"center\". The core is the golden starlike object on the horizontal centerline right of the vertical centerline. To the west of the pair is CGCG 448-009. It has the same redshift as UGC 11634 so a member of the group. It is a rather red spiral which would indicate star formation shut down many millions of years ago leaving no new blue stars, just old red ones that outlive the fast burning blue stars.

I found nothing on the interacting pair UGC 11634. I would assume they both have been distorted by their interaction. From the tip of the eastern arm to the tip of the western arm is 89.7 seconds of arc by my measurement. This makes the distance from one to the other to be about 105,000 light-years. Even considering its length is increased by the interaction it is still a rather large spiral likely capable of the disruption seen in its much smaller southern companion. CGCG 448-009 is about half the size of UGC 11634B at 47,000 light-years. No other galaxy in the field has redshift data but these three. I cropped the enlarged image to include all three; UGC 11634A and B as well as CGCG 448-009. 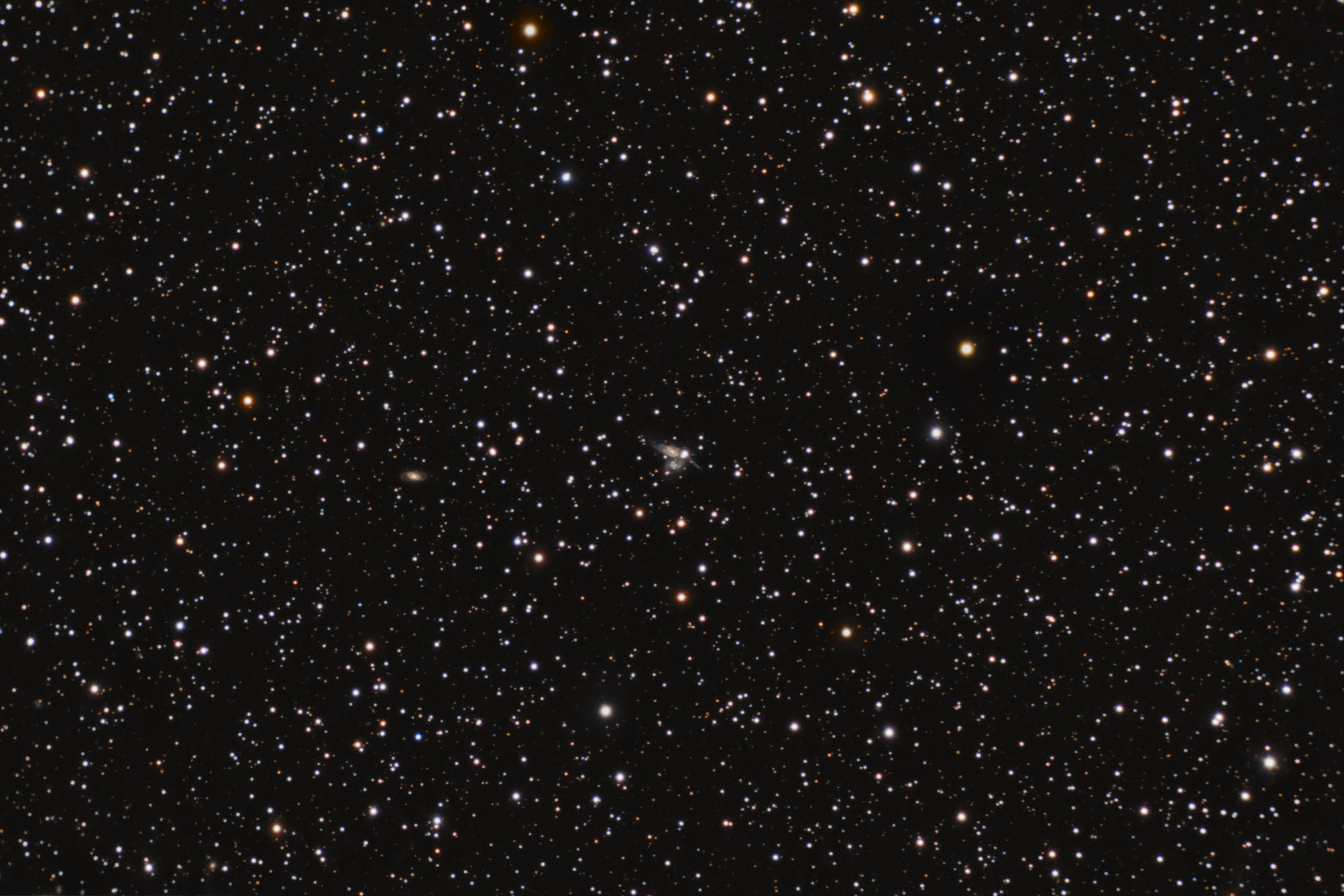 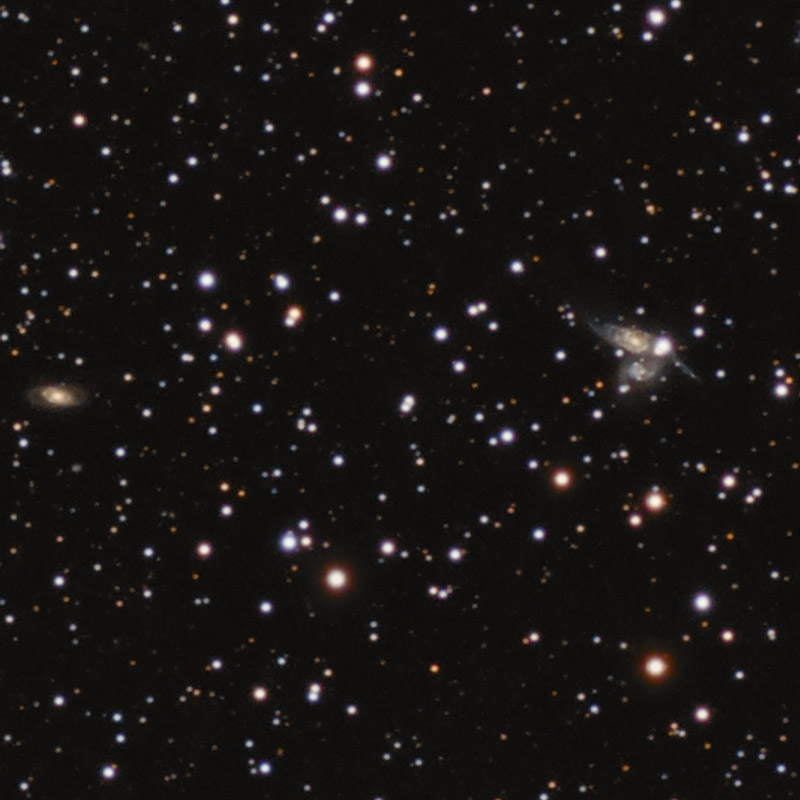