UGC 11680 is a galaxy pair that better fits Arp\'s category of Spiral Galaxies with Large High Surface Brightness Companions on Arms than many on his list. The pair is located about 340 million light-years away in southern Equuleus, a rather neglected constellation between Pegasus and the much larger Delphinus. Equuleus means \"small horse\" or possibly \"The Foal\". At 72 square degrees, it is the second smallest of the 88 constellations. Last place goes to Crux at 68 square degrees, however, with its very bright stars, it is far better known and easier to find. In any case, Equuleus is the smallest constellation visible from most of the United States except Hawaii. This galaxy may be its most interesting object, at least for me.

A note at NED does a good job of describing this one so I\'ll save the fingers:
\"This may be another example of a disk galaxy where the arms are probably tidally induced by the interaction. The B-band (blue) filtered image shows that the galaxy is dominated by strong knots forming a central ring and delineating the outer tidal arms. The east arm form(s) a bridge to the compact companion. At the beginning of this arm, a set of faint filaments are barely visible. Notice the presence of a strong set of knots almost at the tip of the western arm in this galaxy. The apparent morphological classification could be SAB(rs)bc. However, if we consider a tidal origin of the arms and eliminate them from the classification, we classify this galaxy as a SAB(rs)ab. NED classifies this galaxy as a Sa (Sy2). The total (B-V)_T_^0^ color is representative of S0a, Sa types.\"

The same paper goes on about the companion:
\"This is a compact galaxy with a blue central region as can be seen in the {mu} and color profiles. The PA and {epsilon} profiles show hints of an extended structure or arms, probably related to mass transference from the companion. The a_4_/a profiles support the presence of an external disky component. NED classifies this galaxy as a compact:HII (Sy2), however, our classification is E2 pec. The total (B-V)_T_^0^ color is representative of Sa types.\"

An older comment at NED says:
\"The \"bridge\" has no relation to the normal spiral arms which are bound
more tightly.\"

There are more interesting notes at NED on this pair.

No Sloan Survey data from this field has not been entered into NED so there\'s little information on the galaxies in this field. Most aren\'t listed. For instance, the little galaxy besides the western arm is not in NED same as the vast majority in the image. The spiral directly west of UGC 11680 with a bright star to its west is CGCG 400-029. Near the west edge, just a tad north of UGC 11680 is the tilted disk galaxy 2MASX J21063694+0352456. The only other identified galaxy in the field is 2MASX J21075002+0352229. It is nearly starlike east and a bit south of the companion. It is at the bottom of four objects curving up and to the left. Both it and the object above and slightly left appear to be galaxies. I think the third is as well. The fourth and faintest may be a star.

The two galaxies I\'d like to know about are anonymous. One is the very blue smudge southwest of UGC 10680. The other appears to be a candidate for the Flat Galaxy Catalog. If so, it isn\'t in NED. It is in the very lower right corner. Looks almost like an asteroid trail but is the same length on all subs so is a very thin galaxy.

The image was taken 8/9/2010. I doubled the L time but it didn\'t help much to bring out the faint features. 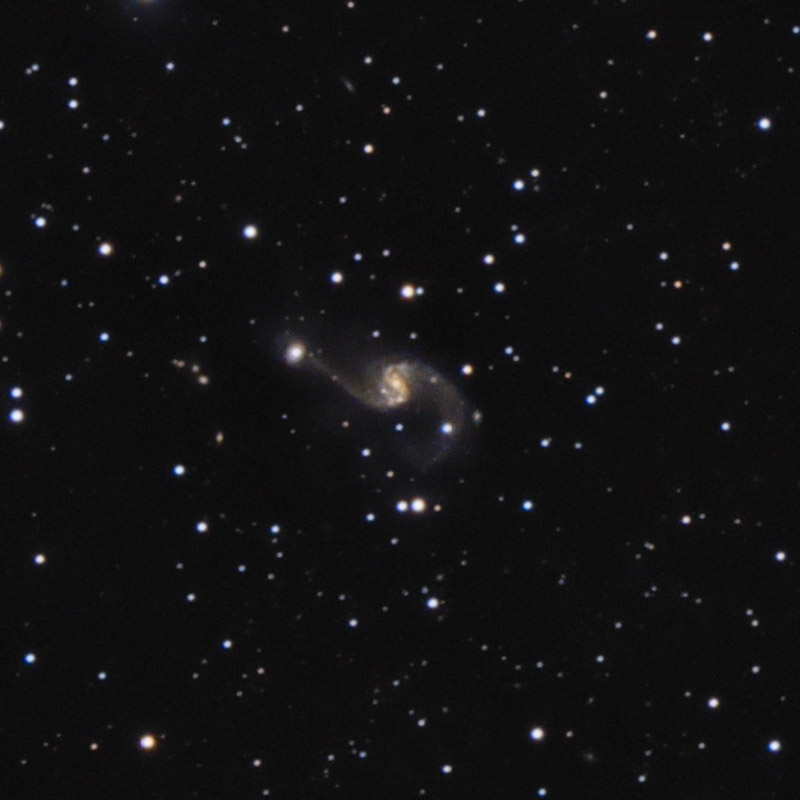 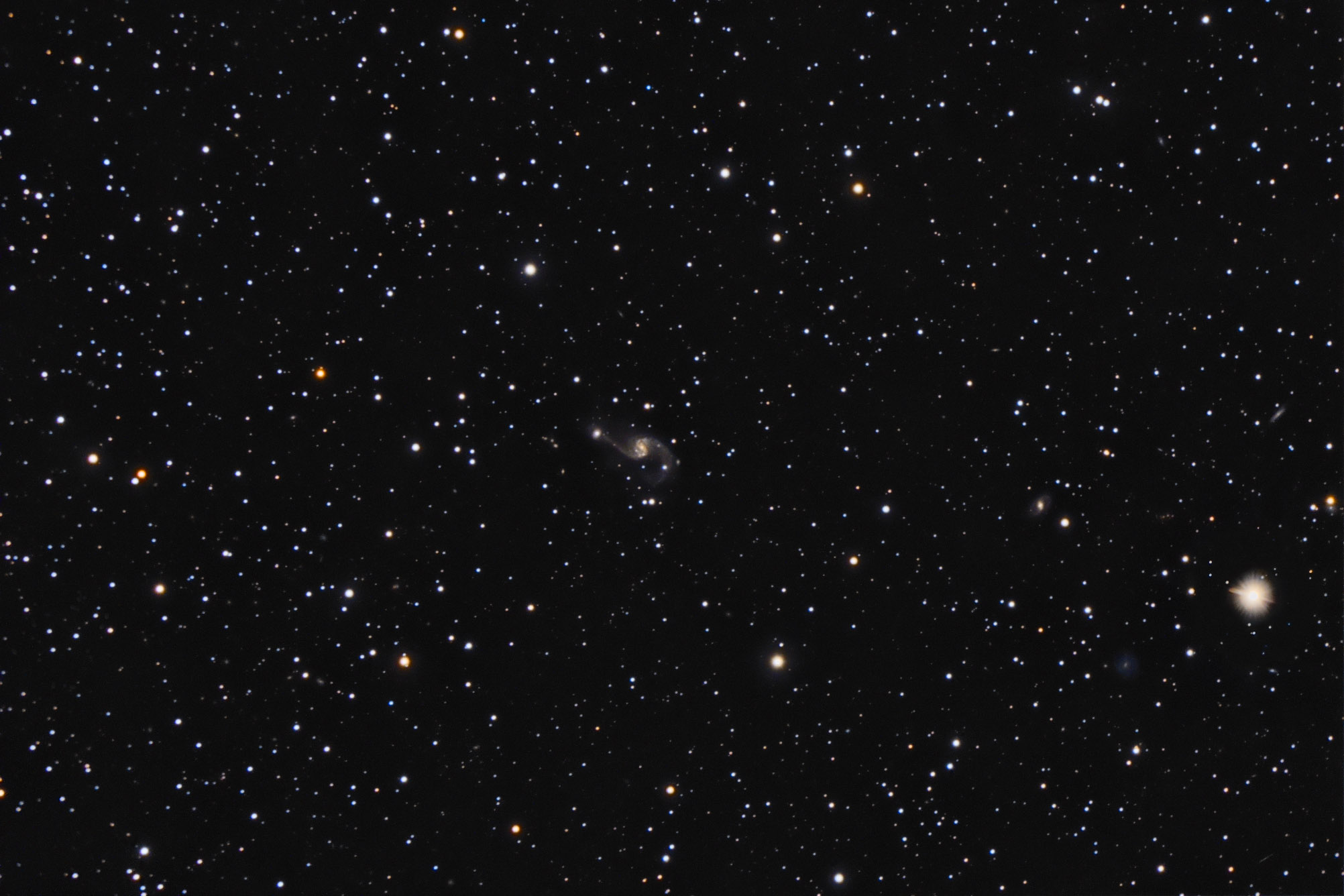