UGC 12342 and UGC 12350 are the two main galaxies in the image. UGC 12342 is the seagull-like galaxy and is about 355 million light-years away. It is classed as SB? I can\'t even tell if it is 1 or 2 galaxies as I see nothing in the literature indicating it is two. In the enlargement, I can see hints that 2 may be involved as indicated by the strong color change. How else to explain the messy state it\'s in. It was picked up by the 2 micron survey so likely has massive star formation hidden behind dust, another indicator of a collision in progress.

While there are a handful of other 2MASX galaxies in the image there is little on them.

These galaxies are located in Pegasus just north of Markab the southwest star of the Great Square of Pegasus and at the base of the horse\'s neck.

I\'ve included an enlargement of UGC 12342 at 0.67\" per pixel better showing its very weird detail. 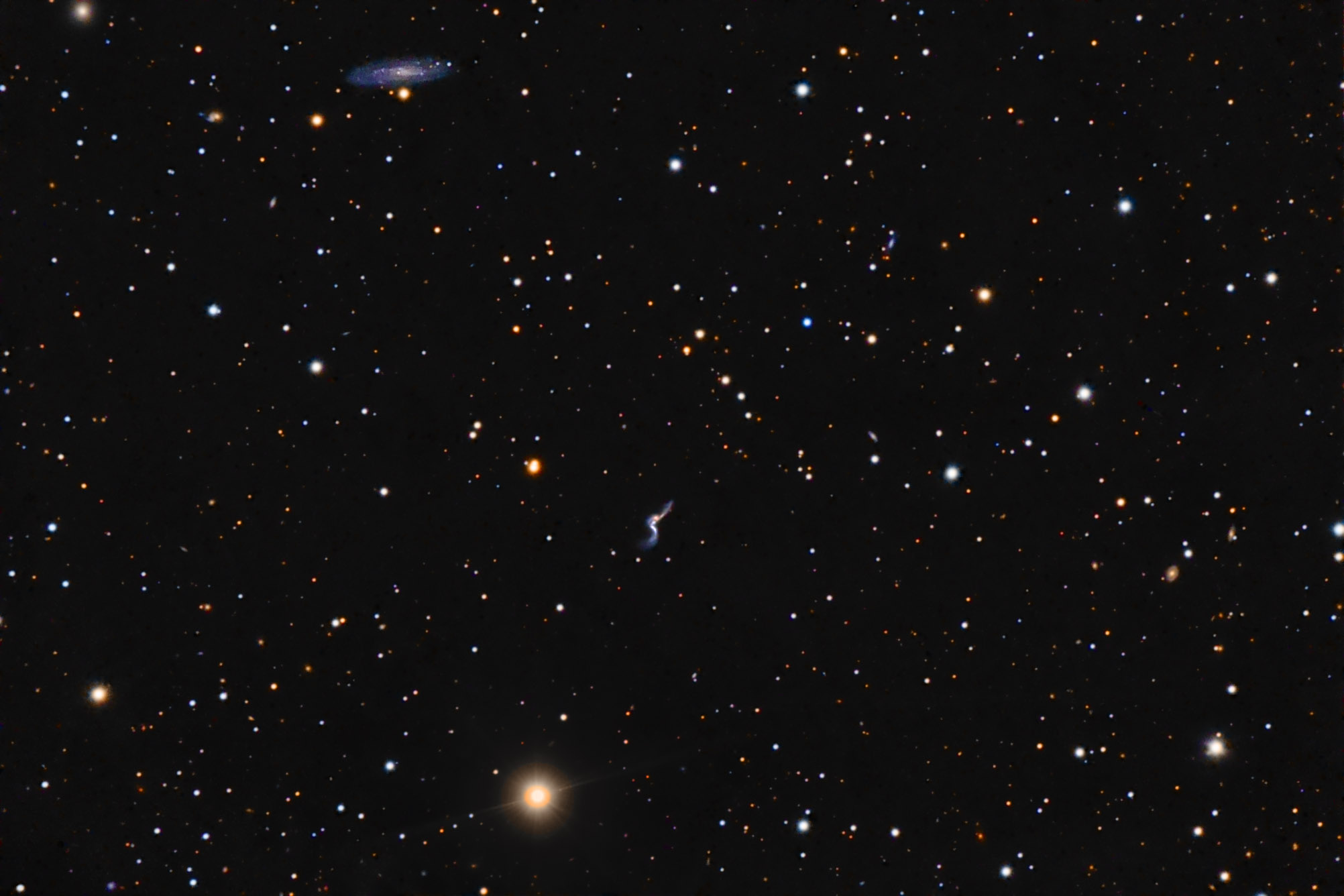 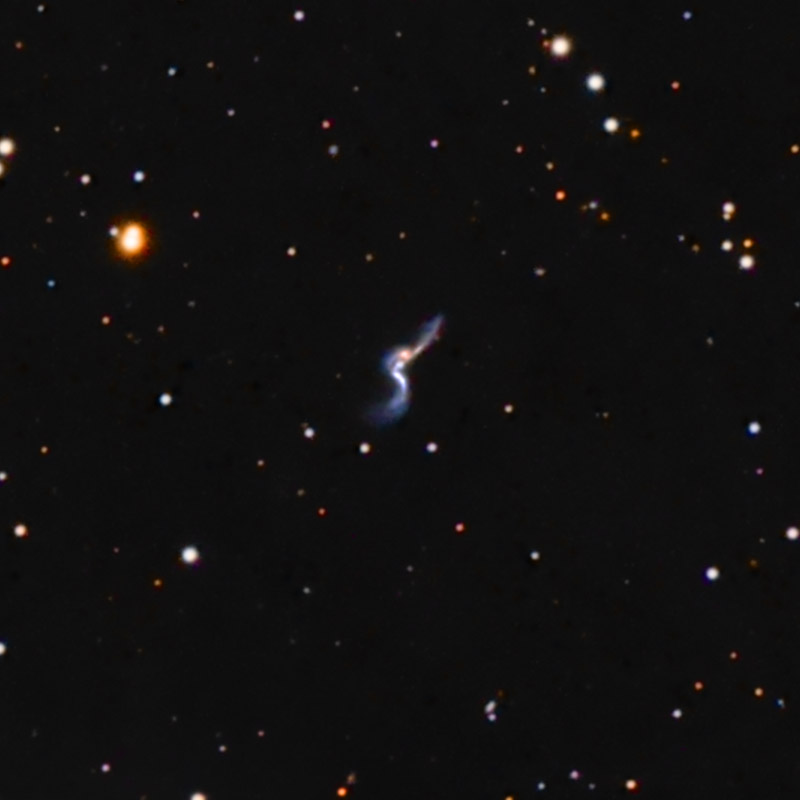