My field is too small as it extends out the upper part of the image to the left and the lower part to the right so is very elongated. Seems too elongated for E4 status. My low transparency prevented me from picking up much of the faint glow from its stars. Though look to the lower left and upper right to see its edges as the background does get dimmer there as you move away from the galaxy\'s boundaries. I need to redo this one on a far better night though those aren\'t happening as yet. It might be easier to see on the half size image where its resolved stars are closer together better defining its location. Also, the reduced resolution allowed me to push the data further so some of the faint glow near the center of the galaxy is more visible. This one needs to be redone on a night of better transparency and more luminance subs.

While the area has been covered to some extent by the Sloan Survey Data Release 9 none of the over 3000 galaxies in it have redshift data. Though two quasars and the galaxy IC 1110 do have redshift data as well as one galaxy cluster though that is photographic rather than spectroscopic. I\'ve marked them on the annotated image. There are three candidate galaxy clusters listed at NED but seeing nothing at those positions in my image I didn\'t include them in the annotated image. No size nor membership count was available for these possible clusters and their position was very general. I tend to omit what I can\'t find in my image so these were not included making for a very sparse annotated image. IC 1110 was discovered by Lewis Swift on August 2, 1888. 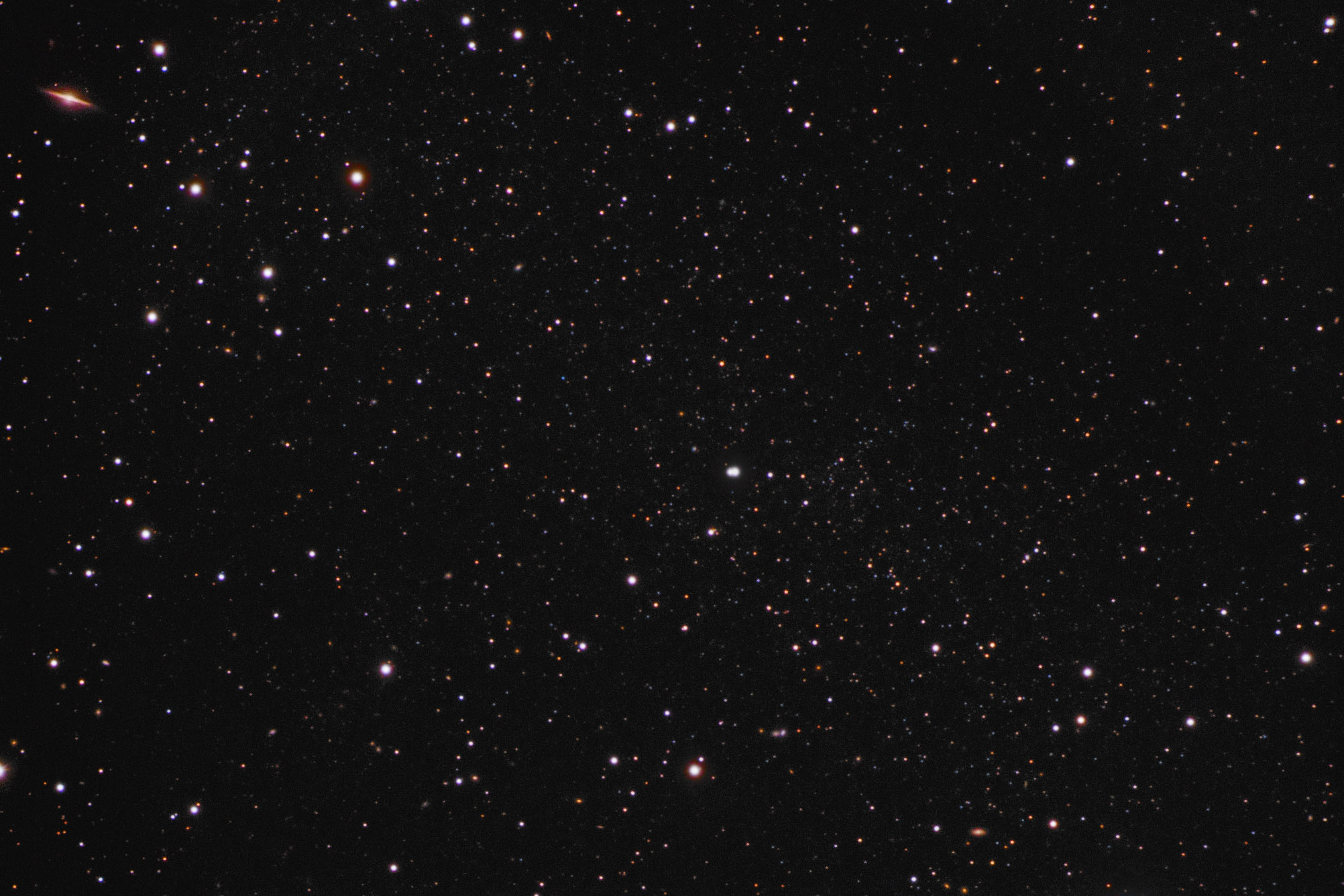 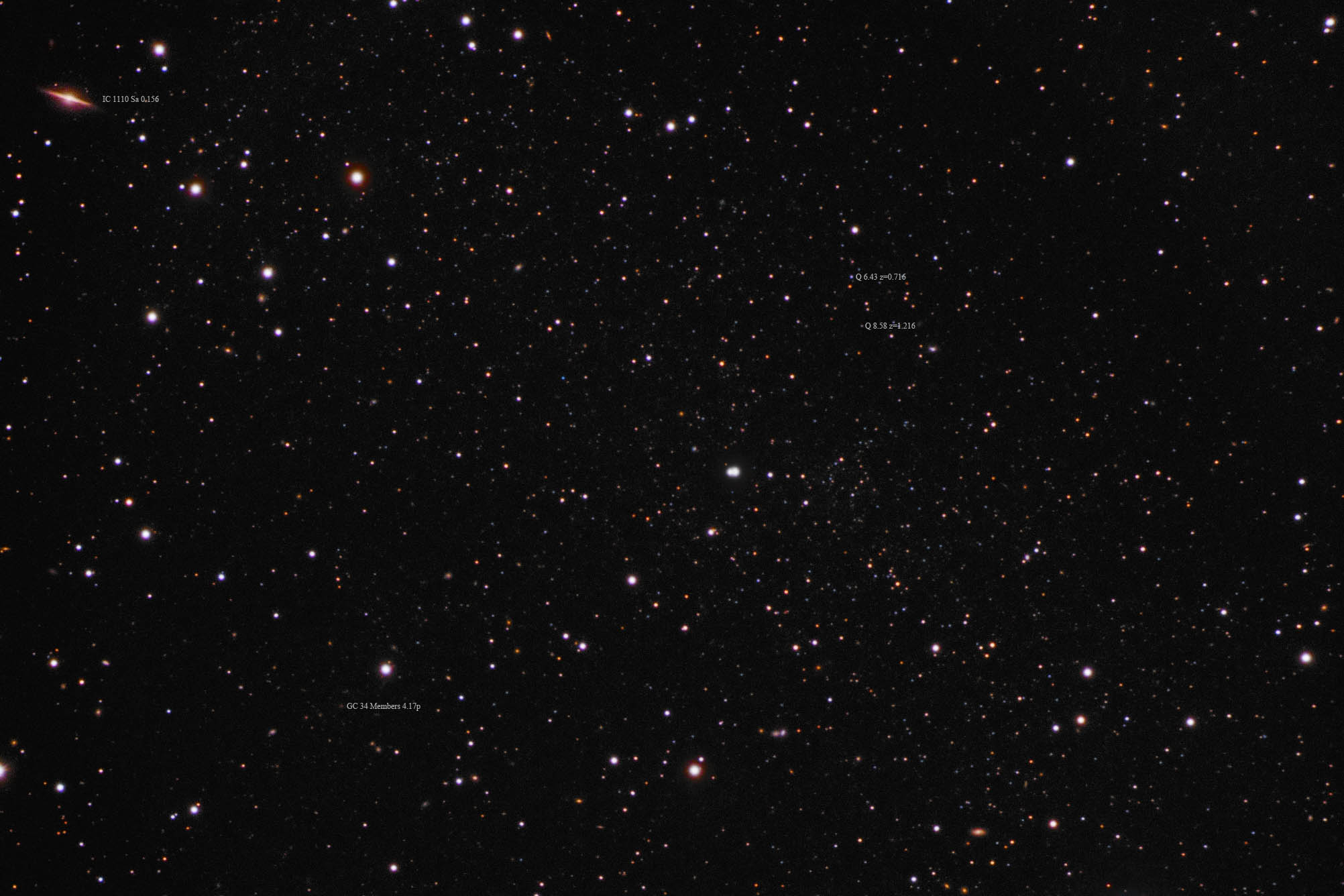