This is the Happy Alien Nebula. Bet you never heard of it. That\'s because I just named it that. It has no catalog entry I could find except SIMBAD calls it \"NAME Southeast Cloud in Cygnus Loop\" giving a position just east of its \"head\". Can you see the alien? He has two blue legs with red feet. A long faint tail curving down to the left. He has a big smiling mouth with a moderately bright star in it and a red pointy nose. He is all head with no torso. His left arm is waving at us. But the way he\'s half blue and half red make me wonder if there isn\'t another alien out there that\'s got the colors reversed. If so Kirk and the Enterprise could be in for it all over again.

Seriously this is a widely separated part of a large supernova remnant known as the Cygnus Loop with many parts each with its own catalog and common names such as Pickering\'s Triangle, The Witch\'s Broom, and Veil. But it is so far from the other parts it rarely shows up even in wide field shots of the complex. For those wanting to find it, it is located at: 20h 56m 18s +30d 23\' 47\". I\'ve never looked for it visually so don\'t know what size scope is needed to see it. I\'d expect a 10\" with an OIII filter should show it though it may be very faint. While this alien has a faint tail like much of the life on earth, space aliens of the movies rarely do. Does sentient life lose its tail? 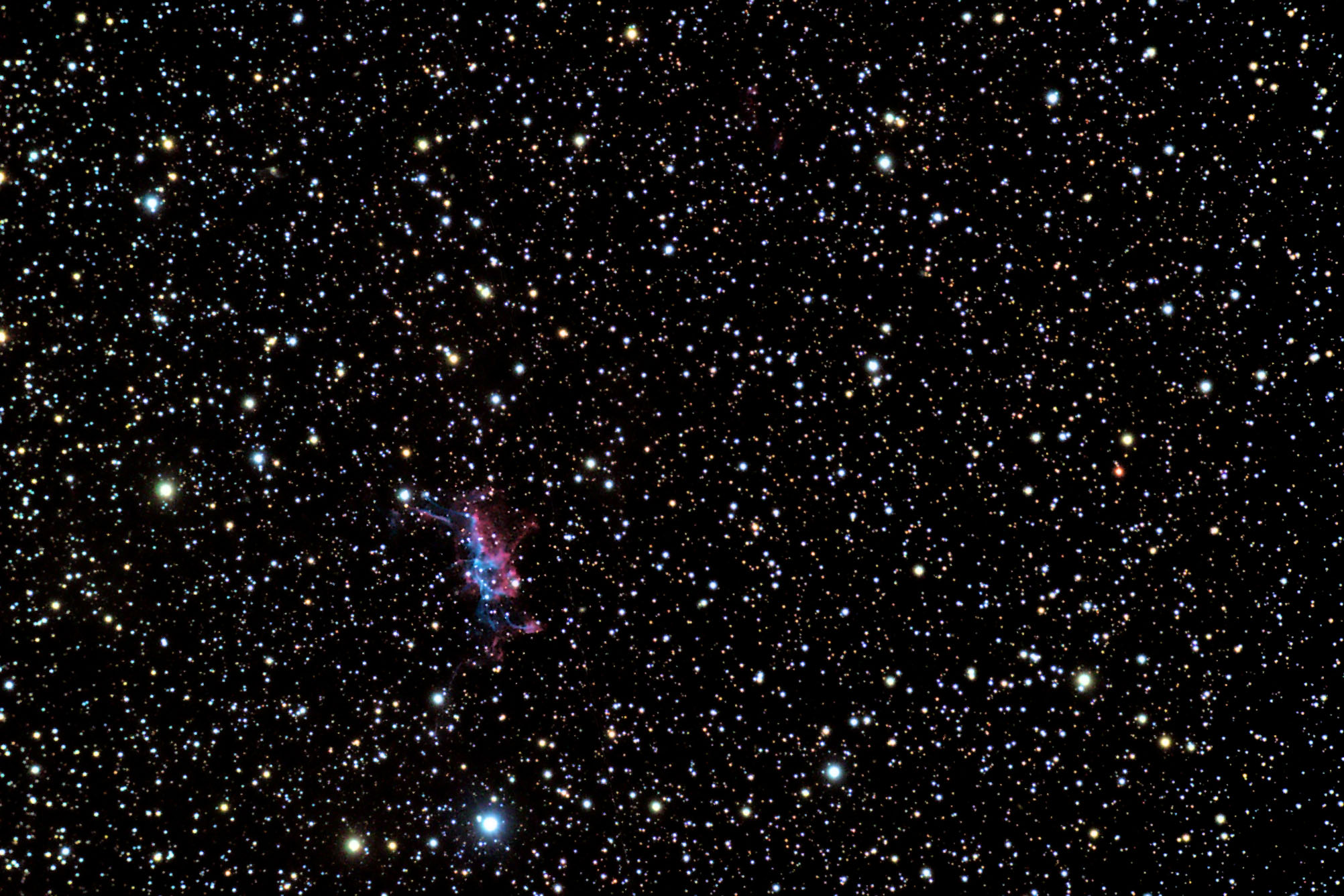 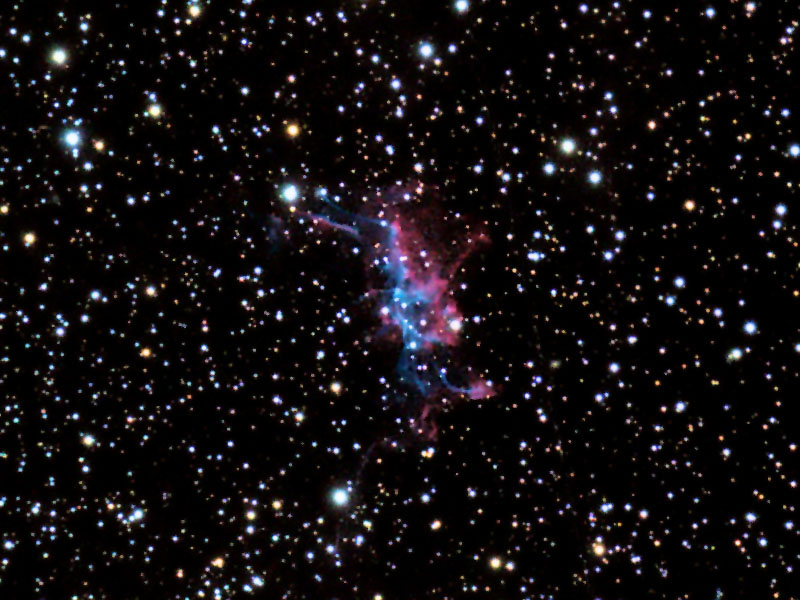