VII Zw 770 is a strange galaxy northeast of the head of Draco about 420 million light-years away by its redshift. NED classifies it as N galaxy? Those are defined as: \"A galaxy with a small, bright, blue nucleus superposed on a much fainter red background. In terms of form, color, spectrum, redshift, and optical and radio variability, N galaxies are intermediate between quasars and Seyfert galaxies. The \"N\" designation comes from the Morgan classification.\"

If you\'ve never heard of this system here\'s a short version: \"A scheme invented by William Morgan that uses the integrated spectrum of the stars of a galaxy together with its shape (real and apparent) and its degree of central concentration. It specifies the galactic spectral type, a, af, f, fg, g, gk, or k (corresponding to the integrated stellar types); the form, type S (spiral), B (barred spiral), E (elliptical), I (irregular), Ep (elliptical with dust absorption), D (rotational symmetry without pronounced spiral or elliptical structure), L (low surface brightness), or N (small bright nucleus); and the inclination to the line of sight, from 1 (face-on) to 7 (edge-on). For example, the Andromeda Galaxy is classified as kS5.\"

To me, it looks like a typical small elliptical with two non-concentric rings with one centered to the right and one to the left of the core. But the CGPG says of it: \"Red elliptical compact surrounded by a blue ring and two blue partial ring-like clouds beyond.\" That\'s three rings, two incomplete. I can\'t say I see that third ring nor do they appear blue, more white with a slight red tinge. I have no idea what is meant by the word \"beyond\".

Down and to the left is an edge on galaxy with a small apparent galaxy off its northern ansa. It appears slightly warped to me. Unfortunately, it isn\'t listed as a galaxy at NED only as an Ultraviolet source picked up by the Galex Uv satellite. The object to the north isn\'t in NED at all. Like everything else in the field, there\'s no distance data for it. Only a handful of galaxies in the field are even listed at NED as galaxies. Many others as UvS objects but considering the vast majority of the UvS objects listed are just stars I can\'t easily distinguish between a star-like galaxy or star and with many hundred, all with only approximate positions I didn\'t even try. Thus there\'s no annotated image with this image.

The only other galaxy worth mentioning is 2MASX J18100635+5822556 directly east of VII Zw 770. It shows two unequal faint diffuse arms. NED has nothing on it, not even a magnitude. This part of Draco is mostly ignored by galaxy research. Because of this, no annotated image was made. 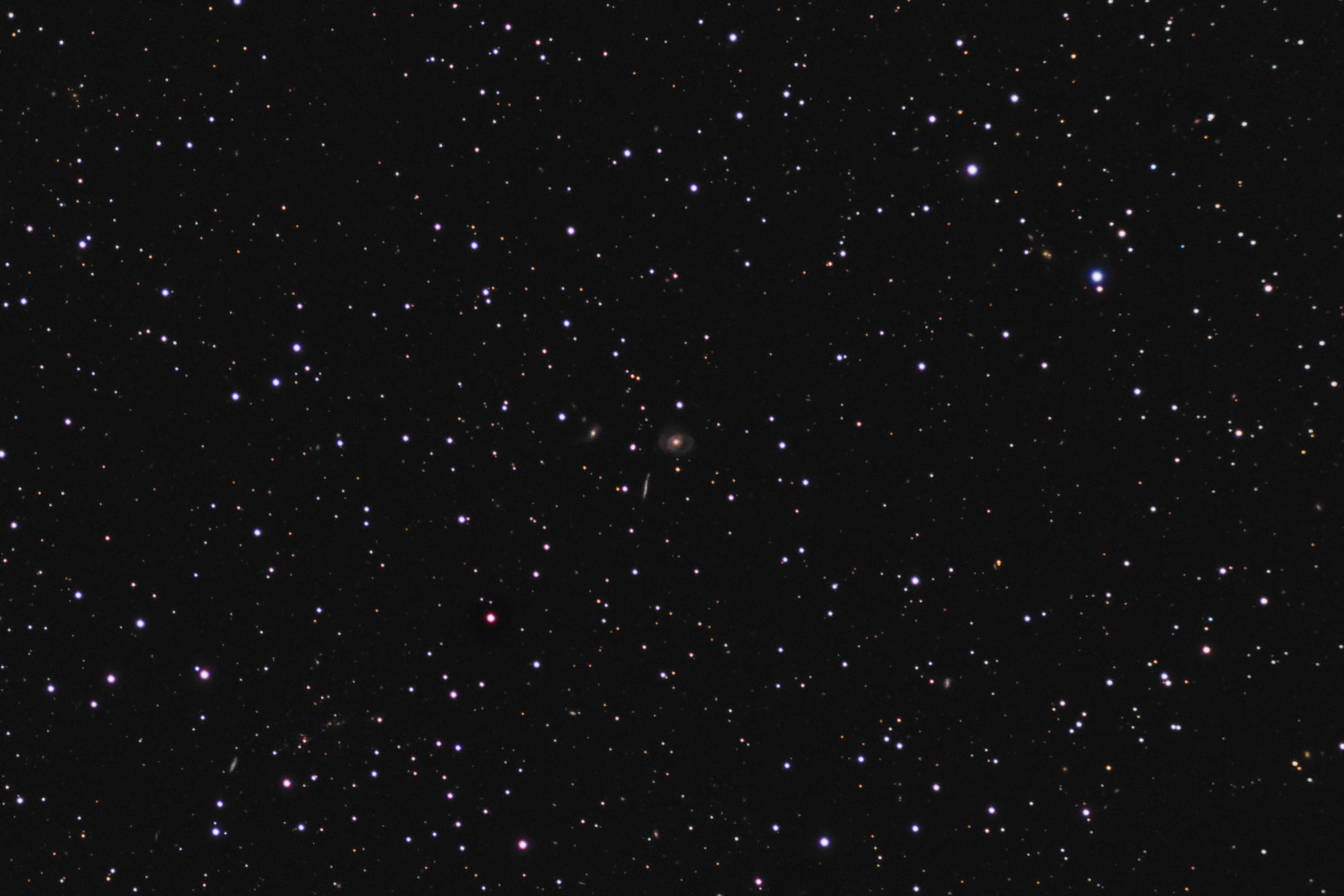 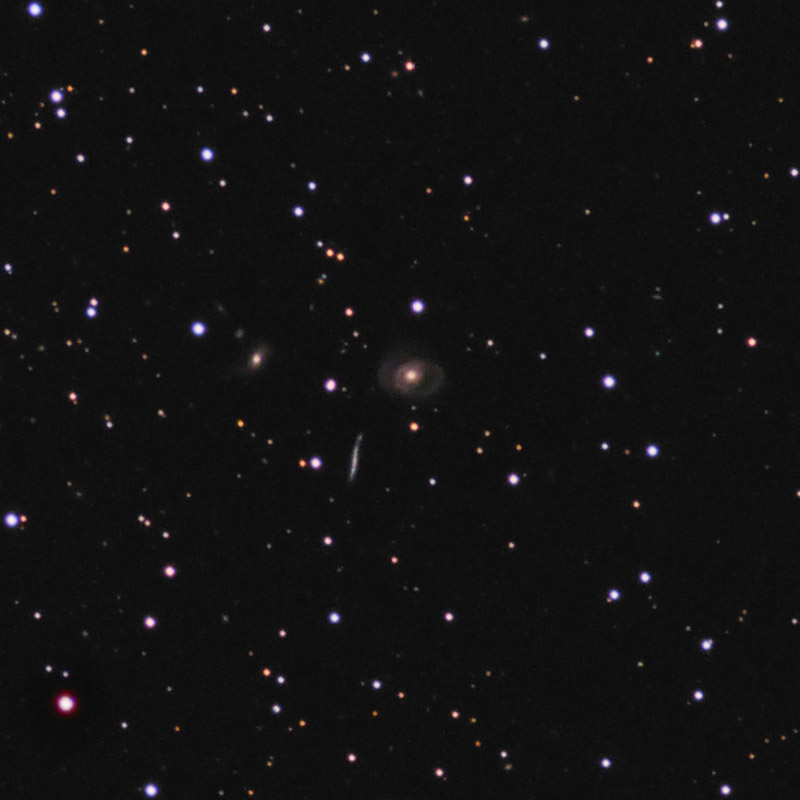