The Violin Clef galaxy has no catalog entry at all that I could find! Though it does have its unofficial common name. The j2000.0 coordinates for the galaxy itself are 00h 04m 15.4s +03d 23\' 02\" based on my plate solve. It was found by a participant at Galaxy Zoo last year. His announcement post is at http://www.galaxyzooforum.org/index.php?topic=279443.0 along with the Sloan image he was looking at. Since then some work has been done on this system of 4 galaxies. All 4 have the same redshift z=0.0956 +/- 0.002 which puts them about 1 and a quarter billion light-years away light travel time. Somehow their interaction has drawn out this huge double tail on the one galaxy without seeming to harm the others.
http://www.facebook.com/notes/galaxy-zoo-mergers/update-on-the-violin-clef-merger-redshifts-and-merger-zoo/300628689947360
This link says all four galaxies are red as is the tidal tail. I wasn\'t able to get much color data for the long tails but what little I got is very slightly red. Certainly, all four galaxies are. The spectra show little evidence of star formation triggered by the interaction. This is puzzling. Could this be due to most of the gas and dust having been ejected from the system by another interaction in the distant past?

The system is in a region of Pisces for which there\'s little data. While Sloan has imaged this area the data isn\'t as yet in NED. It lists only a few galaxies in the area, not the Violin Clef of course. I wasn\'t going to make an annotated image but there were three asteroids in the image, one of which moved less than one second of arc during the time of my luminance exposures so appears exactly the same as a star in the image. Just that when you examine the field using Sloan or the DSS there\'s no star at that position.

The violin clef is the shape of the two acoustic holes in a violin. They are mirror images of each other so this is the violin\'s left one. It makes a good integral sign if you look only at the center galaxy but when all four are considered the violin clef shape makes more sense. 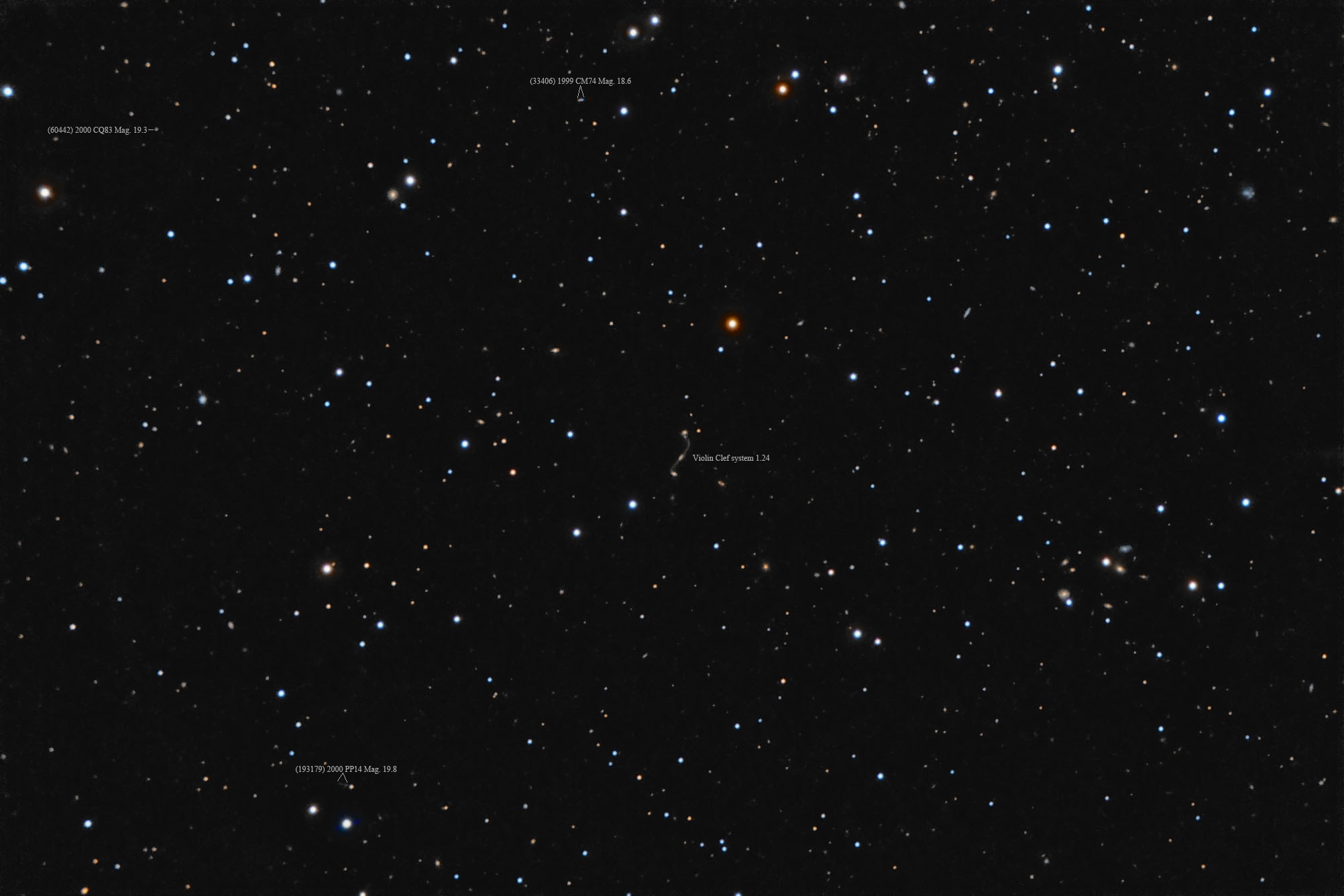 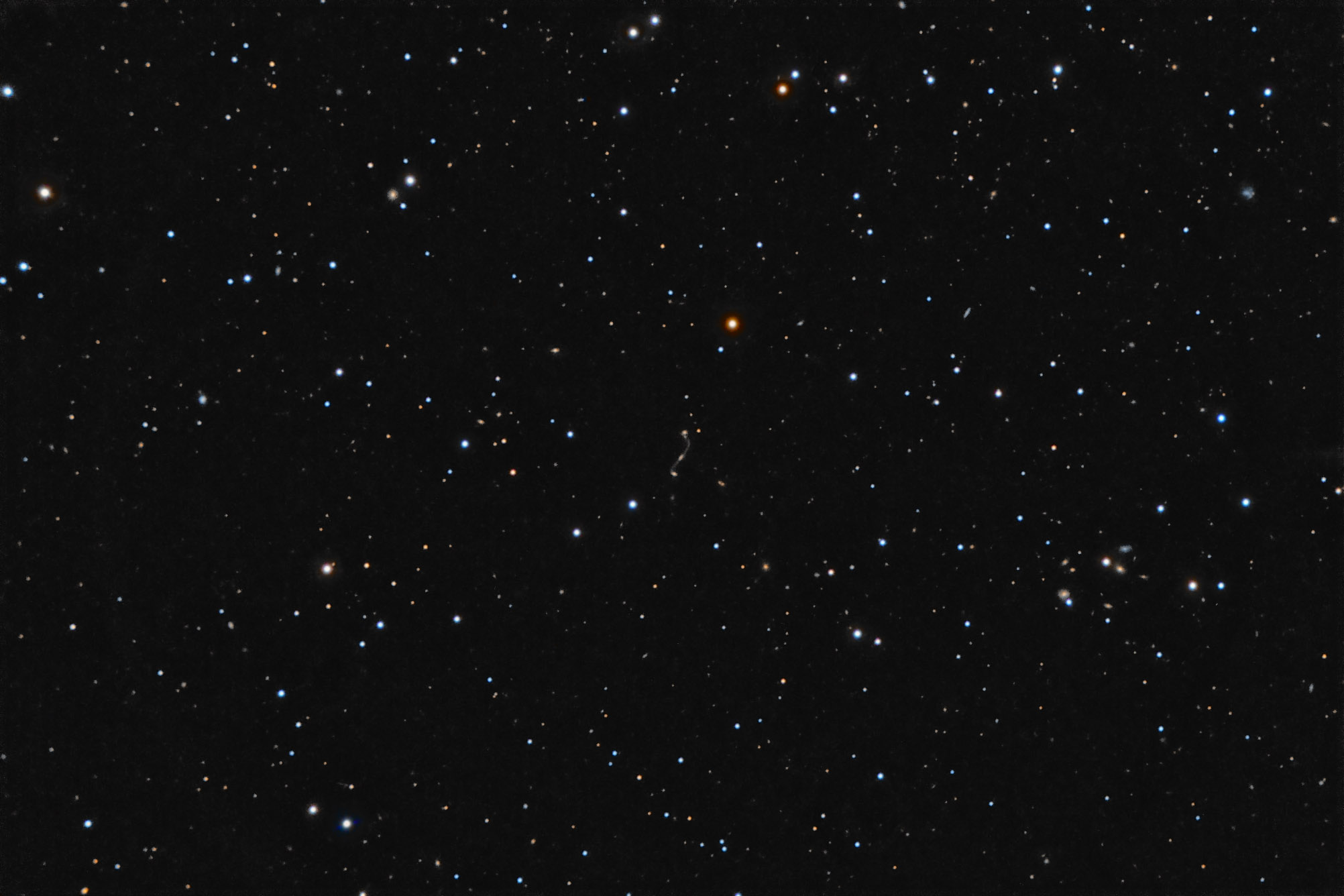 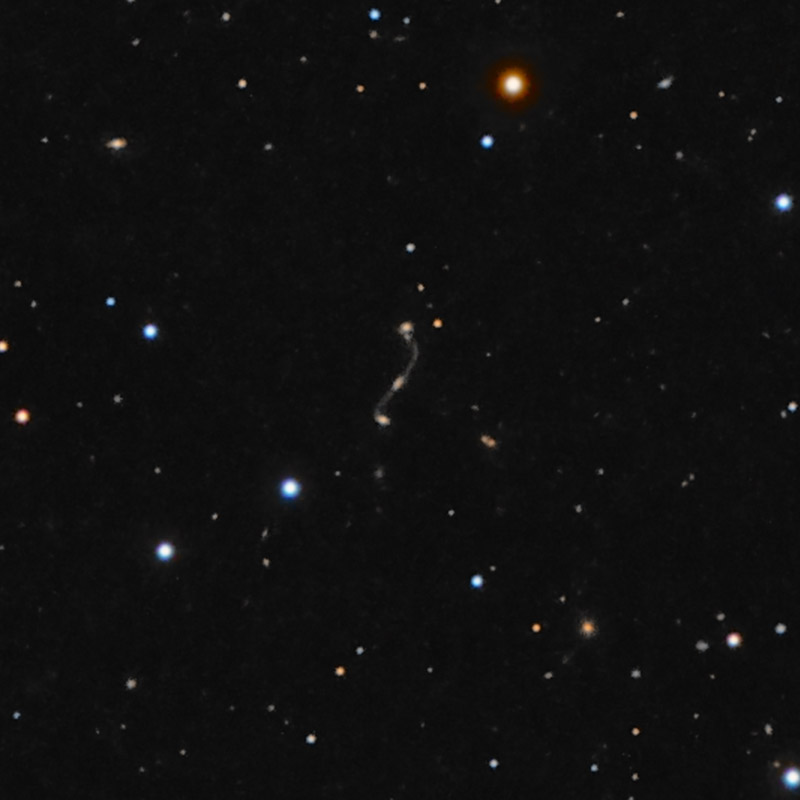